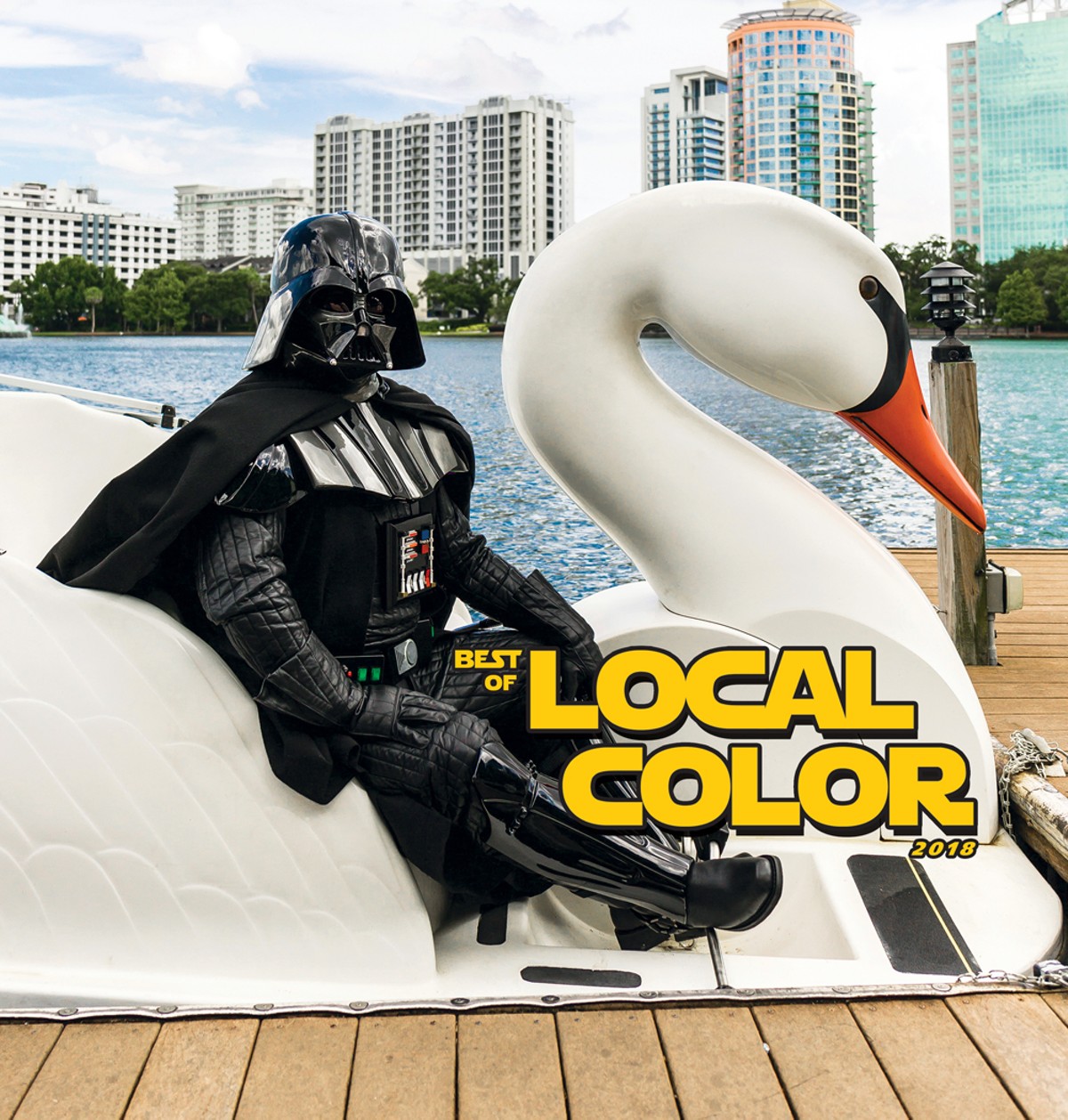 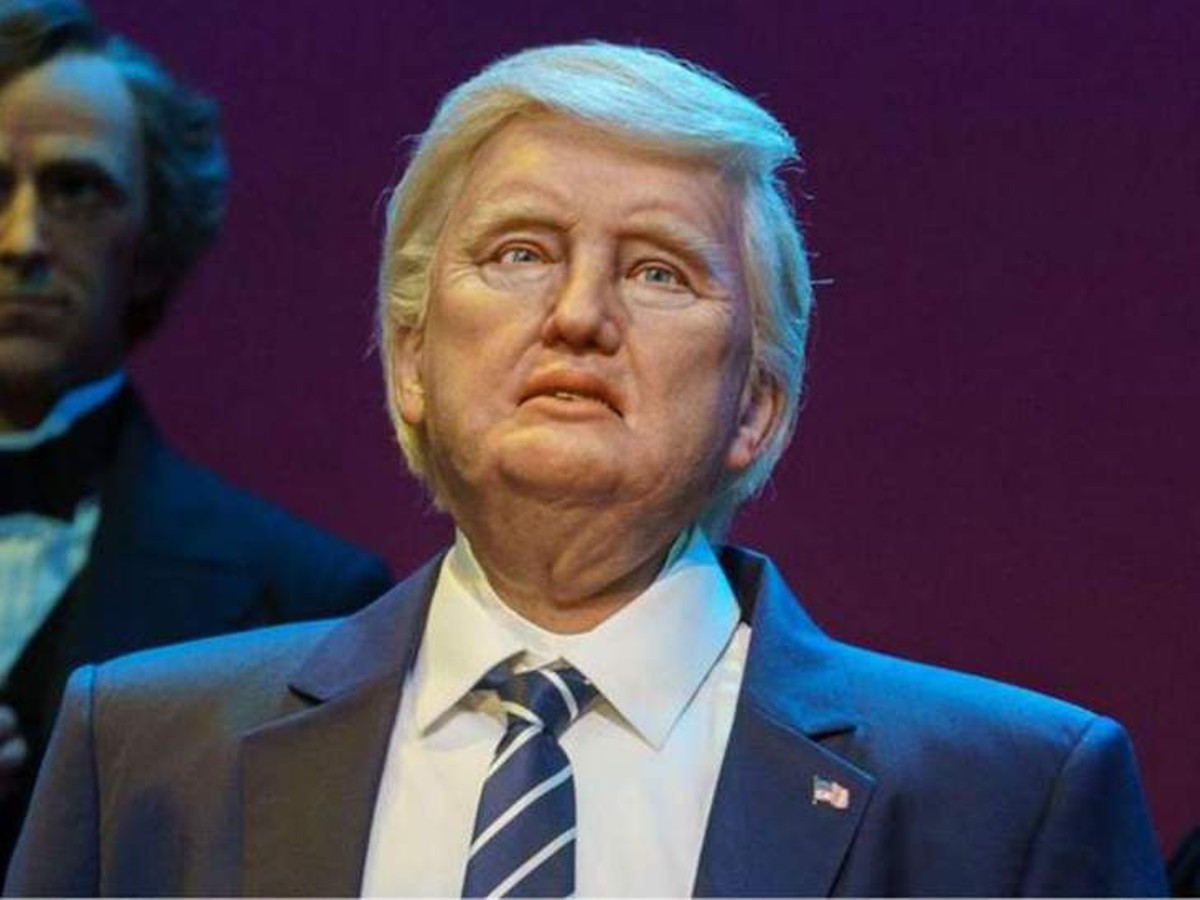 Best "You Don't Have to Go Home, but You Can't Stay Here": FEMA

On again, off again – it's a good thing FEMA doesn't treat the Puerto Ricans displaced by Hurricane Maria like our ex-relationships. Oh wait, they do. Most recently, we saw this happen when FEMA said they would no longer pay for Puerto Rican evacuees' hotel rooms past June 30. However, a federal judge in Massachusetts stepped in, barring FEMA from ending the sheltering assistance program that's providing the displaced American citizens with temporary homes. 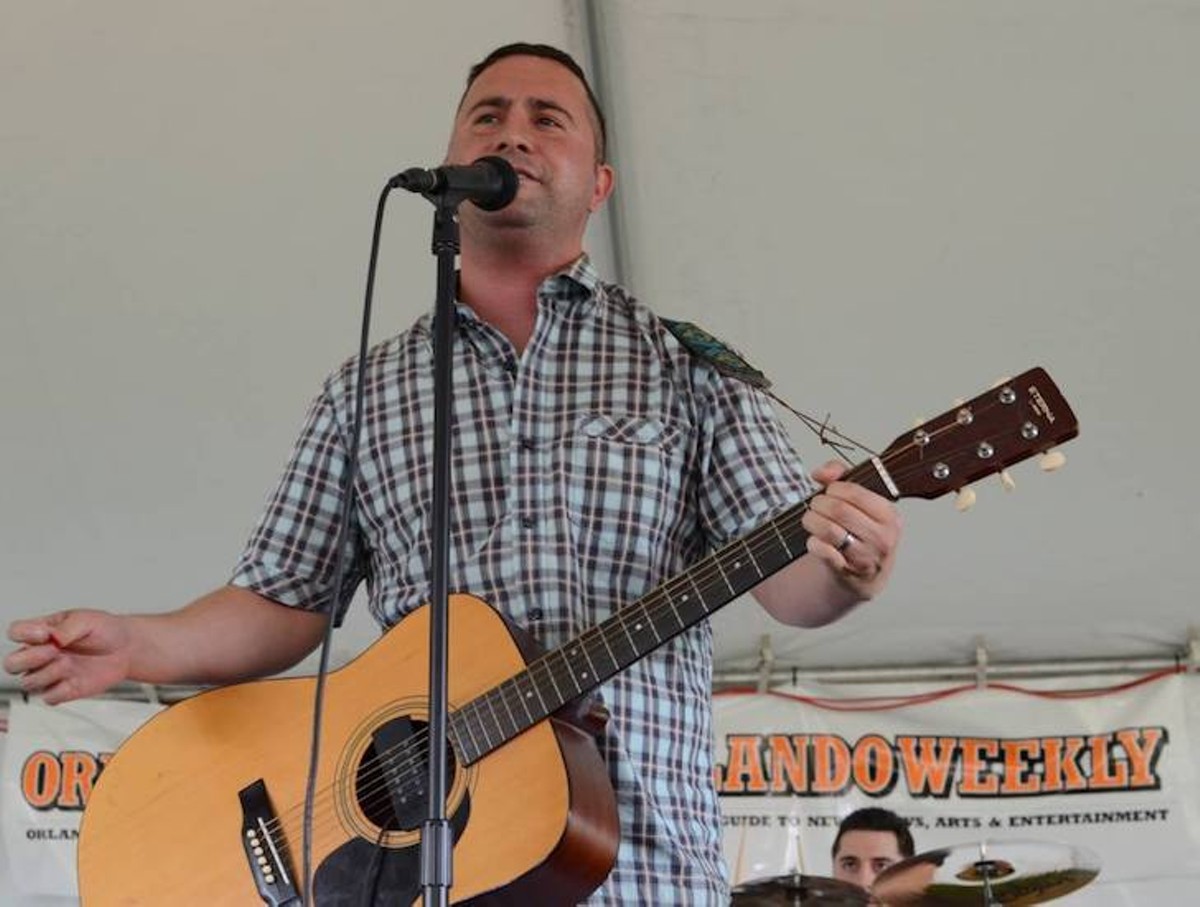 We prefer a little folk with our politics, and so does U.S. Rep. Darren Soto, D-Orlando, who's the lead singer and guitar player for the Orange Creek Riders. Though they're not the most prolific in terms of playing live gigs, it's great to know at least one of our congressional leaders has some soul.

Here we go again, watching former U.S. Rep. Alan Grayson trying to fe-fi-fo-fum his way back into Congress and the hearts of constituents. This time, though, he has his sights set on the blood of an Englishman, er, that is, U.S. Rep. Darren Soto, who currently holds Grayson's former seat. Watching Grayson try to out-Grayson himself hasn't been a pretty sight, from the former congressman allegedly hiring paid protesters at Soto rallies (fake news!) to calling for the president's impeachment before he's even won the primary ... but we gotta admit that Alan was damned effective in the House, when he put his mind to business other than antagonizing everyone in sight. 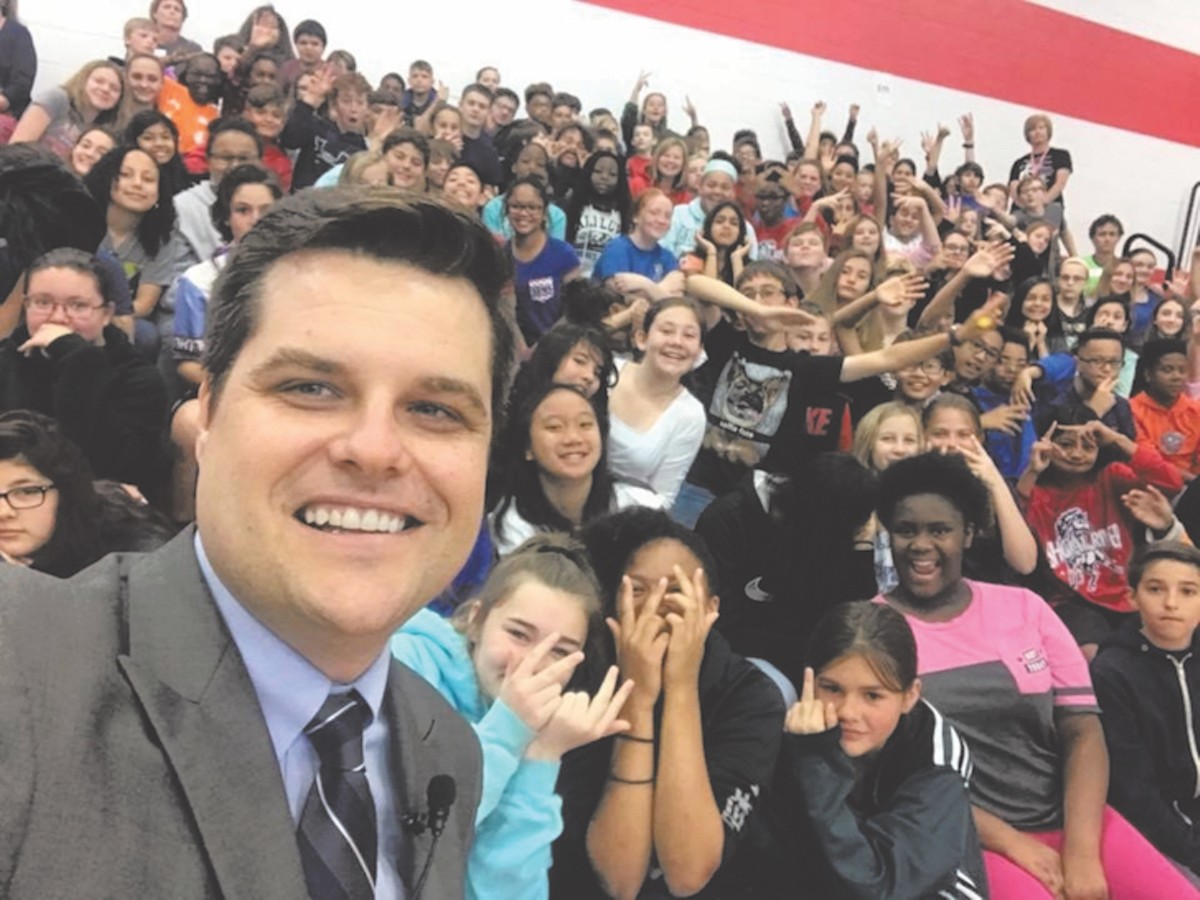 Eternal fratboy and freshman Congressman Matt Gaetz, R-Fort Walton Beach, took some time off from being Donald Trump's favorite sock puppet on May 1 to speak to students at Shoal River Middle School in the Panhandle. We're guessing the speech wasn't about the importance of International Workers' Day, but he did snap a candid selfie in front of an assembly of students and post it to his social media, only to discover that a girl in the front row was giving him the age-old middle-finger salute. To his credit, Gaetz was magnanimous in his response, saying, "Her congressman has also had an occasional lapse of judgment as a middle schooler." Apparently he forgot more recent lapses in judgment like referring to his own constituents as "professional liberal protestors," proposing legislation to abolish the EPA, or backing up Trump's denigration of "shithole countries" – or doesn't think they count as such. We disagree, and salute him with all due respect. 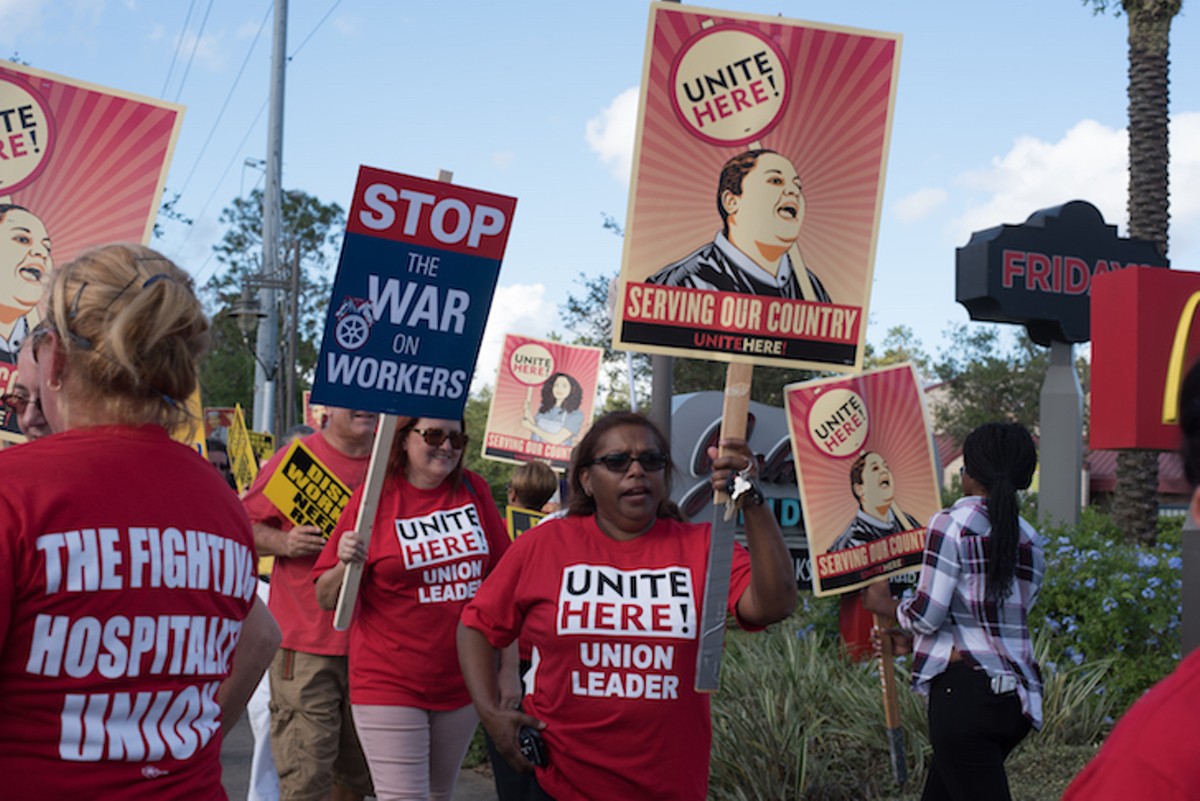 Publix faced backlash in early 2018 after officials from the Lakeland grocery chain confirmed employees were denied medical coverage for a pill that helps prevent HIV infections. Publix said it didn't generally offer coverage for a medical condition that someone might get in the future, despite the virus continuing to ravage communities in Florida – especially Orlando, which is one of 10 cities with the highest rates of new HIV diagnoses in the country. State Rep. Carlos Guillermo Smith, an openly gay progressive Democrat from Orlando, called baloney on that logic, pointing to Publix's medical coverage of birth control. After meeting with Smith, Publix reversed course and now covers the drug Truvada for use as a pre-exposure prophylaxis (PrEP).

She'll probably cringe at the term "influencer" when she reads this, but the word describes what Thompson's Lemonhearted blog and Instagram feed accomplish much more aptly than most who claim the badge – that is, Lemonhearted actually influences our behavior. Thompson's enthusiastic recommendations for Orlando and Central Florida food trucks, coffee shops, road trips and the like are spot-on – as is her real talk about the places that don't meet her standards – refreshing in a field where many recommendations are mindless bandwagonism or, worse, unrevealed pay-for-play.