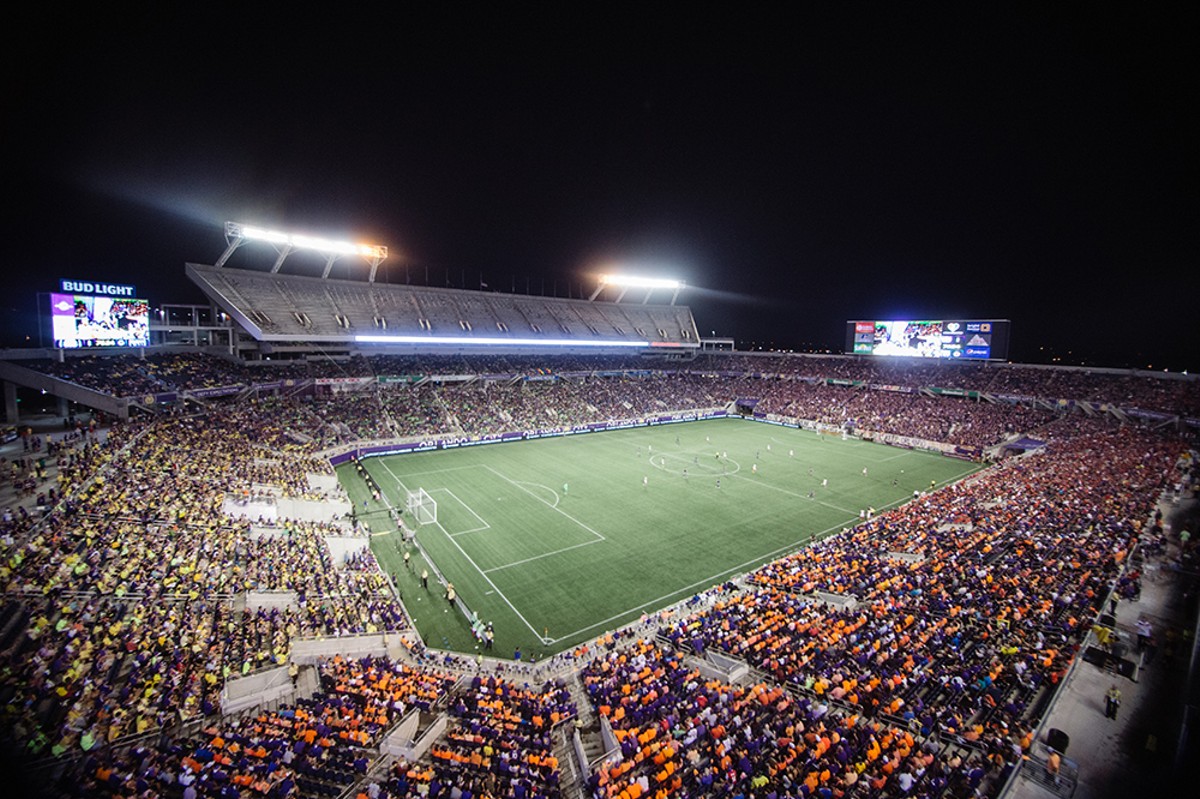 On Monday, June 13, OCSC fan Jonathan Van Dyke's Facebook group of just about 100 people came up with the idea of turning Camping World Stadium into the largest Unity rainbow of all time, a grass-roots idea that spread so fast it surprised even its organizer. Rainbow colors filled the bowl during June's Orlando City vs. San Jose game, with more than 15,000 OCSC supporters shirking the signature purple in favor of designated section colors to create a moving tribute we can all be proud of.