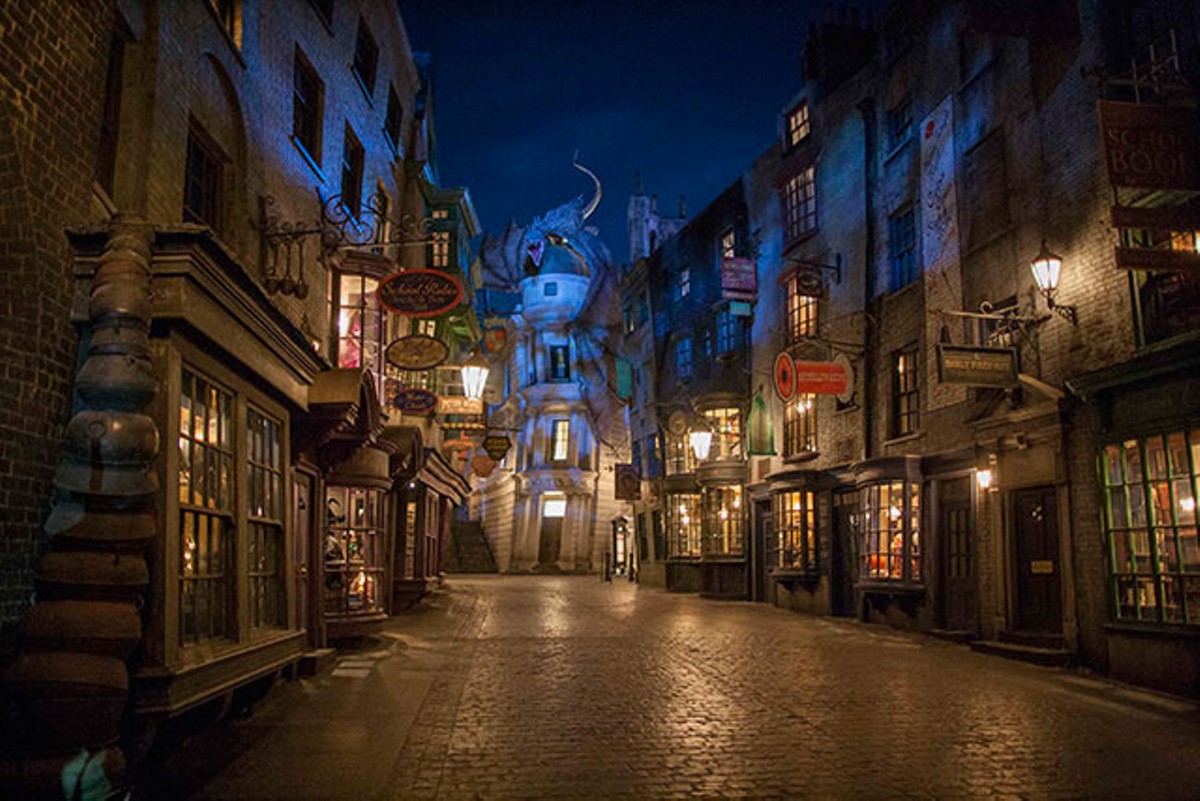 While Escape From Gringotts, the signature E-Ticket attraction at Universal Studios Florida’s new Wizarding World of Harry Potter – Diagon Alley area, is far from the wildest ride in town, there’s no denying that this roller-coaster/simulator hybrid is Orlando’s most innovative thrill since Forbidden Journey opened next door at Islands of Adventure. The only thing more thrilling than riding rail carts through the goblin-run bank is exploring the immersive, interactive land surrounding it. Just watch out for that fire-breathing dragon.