Best of the fest: Our top Orlando Fringe Festival picks 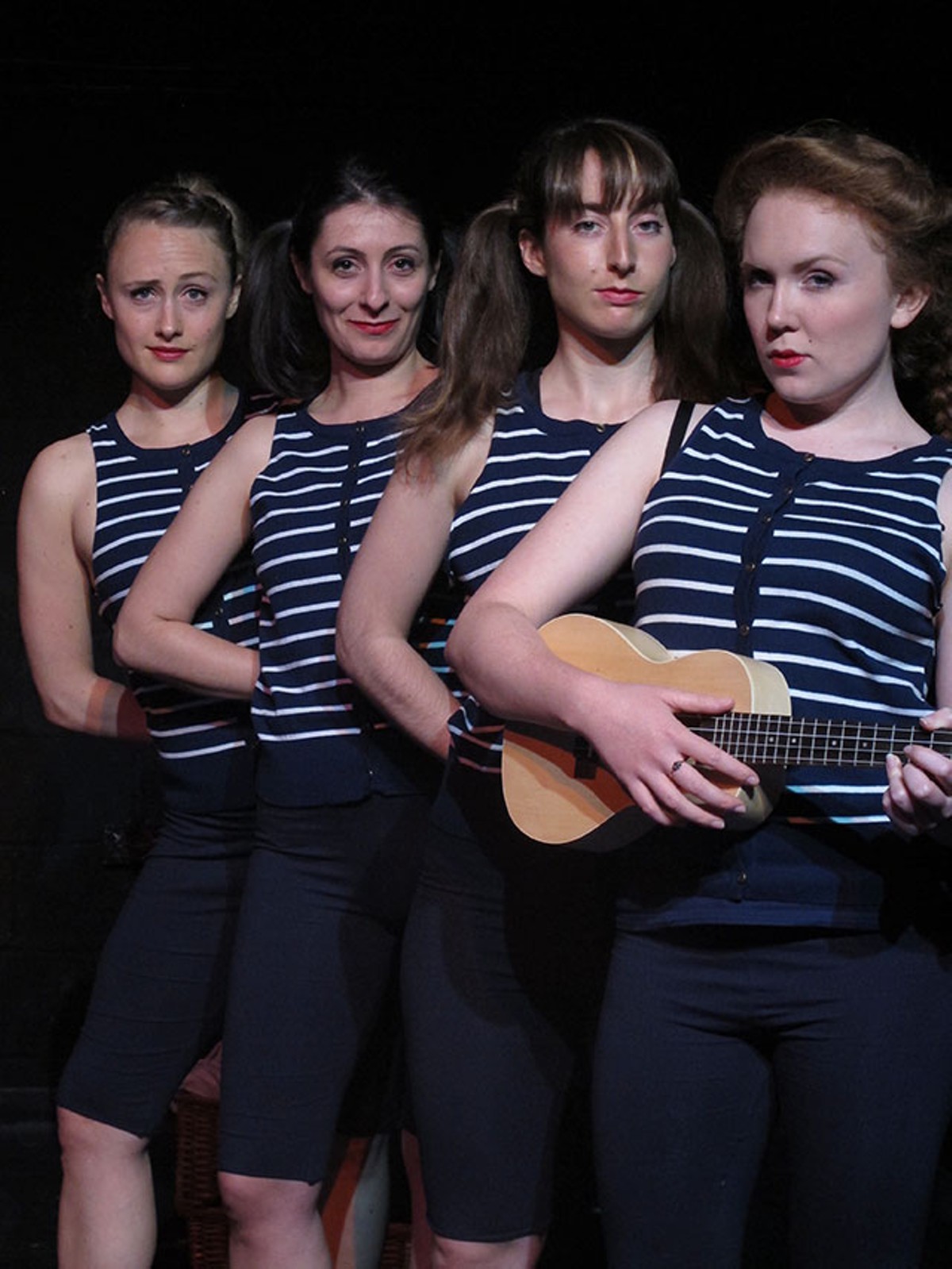 We’ve reviewed dozens of shows currently playing at the Orlando International Fringe Festival – just head over to blogs.orlandoweekly.com to see the evidence – and we’ll review more shows opening after we go to press on this issue. But we’ve gathered our favorites so far here for you – the don’t-miss-’em best of the fest.

Following a fishy wedding feast, she gives birth to a boy with a shellfish skull, embodied by a charmingly crude rag-doll puppet. Shunned by noxious nosy neighbors and prodded by presumptuous physicians, Oyster Boy battles loneliness before finally returning to his oceanic origins.

Staging (collectively directed by the ensemble) is elegantly inventive in its naiveté, with a simple sheet representing rippling water or a restaurant table. The balance of improv-like freshness and scripted polish reminded me of La Putain Avec les Fleurs, an old Fringe favorite that shared a similar vaudevillian sensibility.

Oyster Boy is a gentle, intimate gem awash in playful whimsy, seasoned with a splash of acidic darkness. Its magic occasionally gets a little lost in the large Silver venue (the show would be better served in Pink or Green), but it’s well worth straining your ears to hear this finely wrought fable. (60 minutes; Silver Venue; $10) – Seth Kubersky

For the second consecutive year, Montreal’s Keir Cutler offers one of the smartest, most thought-provoking shows at Fringe. Adapting the 1909 book Is Shakespeare Dead? by Mark Twain, Cutler – using Twain’s trademark intelligence and wit – makes the strongest argument possible that William Shakespeare did not write the works credited to him.

This is no stodgy period performance of Twain. Instead, Cutler himself – attired in formal lawyer’s garb – painstakingly makes the argument to us, the jury, not just that the greatest collection of works in the English language were written by people other than Will, but that we’re “surmisers” and “troglodytes” who have been tricked into believing a laughable myth. This reviewer has neither the time nor credentials to fully refute Twain, except to note that facts, even when correct on their face, can be woven together in such a way as to present inaccuracy. But without a Shakespearean scholar to mount the stage upon Cutler’s exit and take to task Twain’s claims, one must admit that his arguments are breathtakingly convincing and will leave you scrambling for your history books.

That Cutler’s show provokes us and challenges our cherished assumptions is a credit not just to the genius of the works of Shakespeare, regardless of who penned them, but to Cutler’s command of his topic and his audience. The production is not quite as polished or powerful as last year’s Teaching Shakespeare, but it’s still one of the few must-sees of the festival. And though Cutler skewers Shakespeare the man, it’s to his credit that he fully embraces the canon. (45 minutes; Red Venue; $11) – Cameron Meier

Martin Dockery isn’t comfortable with the label “storyteller,” yet that’s what he is. Oh, not the sock-puppets-and-kiddies type of storyteller that he’s sure you imagine when you hear the word; no, Dockery is one of those guys who can pluck a moment out of life’s sprawling randomness and, with his keenly stylized delivery, find the meaning in it and shape it into a gem.

Dockery is a longtime Orlando Fringe favorite, one of four traveling storytellers we profiled in last week’s Fringe preview. His offering at this year’s festival tells the story of his discovery that his very repressed father has, upon retiring, remarried and begun a new family. In Vietnam. Without telling anyone. In other words, Dockery has a brand-new set of siblings, and they’re 36 years younger than he is — and half-Vietnamese. This discovery is interwoven with the realization that his relationship is either on the point of dissolving or deepening; neither he nor his girlfriend is sure yet which it will be.

As Dockery expounds in his utterly unique voice – by turns raspy, yelpy, growly, half-strangled – upon the “epic game of emotional chicken” his father is playing (which, in fact, he and his girlfriend are also playing), we realize that the surprise of the sudden half-siblings is not the titular surprise. Rather, the ways people act, their essential unknowability, the unpredictable nature of love – that’s the surprise. That’s always the surprise. (60 minutes;Yellow Venue; $11) – Jessica Bryce Young

Brenda Adelman has a story to tell – and it is totally meshugenah. In 1995, Adelman’s mother was shot dead under mysterious circumstances. The only suspect was her father, a charming womanizer whose turbulent relationship with her mother was a hallmark of Adelman’s childhood. He claimed no memory of what happened, and Adelman (something of a daddy’s girl) initially put her trust in him. Within six months, her father married her mother’s sister and refused to acknowledge what he called “the past.” Even after he was released from prison after serving more than two years for manslaughter, he refused to talk about what really happened. As a result, Adelman spent much of her adult life haunted by self-doubt – unhappy, stressed and angry.

This one-woman show illustrates how intensely family dysfunction impacted Adelman’s perception of the world. She tells her story through dark, wickedly funny anecdotes that are laugh-out-loud hilarious, but also gut-wrenching. Adelman punctuates her narrative sparingly with passages from Hamlet – a daring move, since it places her in danger of moving into cliché territory. But Adelman’s delivery of the Bard’s lines is skillful and emotionally moving, bringing a fresh perspective to the centuries-old words and giving Adelman a way to express true despair without alienating her audience.

Adelman’s story isn’t entirely a tragedy. Despite the resentment she harbored for many years – and the final fuck-you doled out by her father after he died – her story is more of a celebration than a dirge. In addition to documenting some of the darkest moments of her past, she also tells the story of how she dragged herself out of anguish and pieced her life together again.

Adelman’s delivery is full of little imperfections, but somehow her quirks and stumbles are more endearing than annoying, reminding us that this play is based on real life – and like real life, some of its beauty can be found in its imperfections. (60 minutes; Blue Venue; $10) – Erin Sullivan