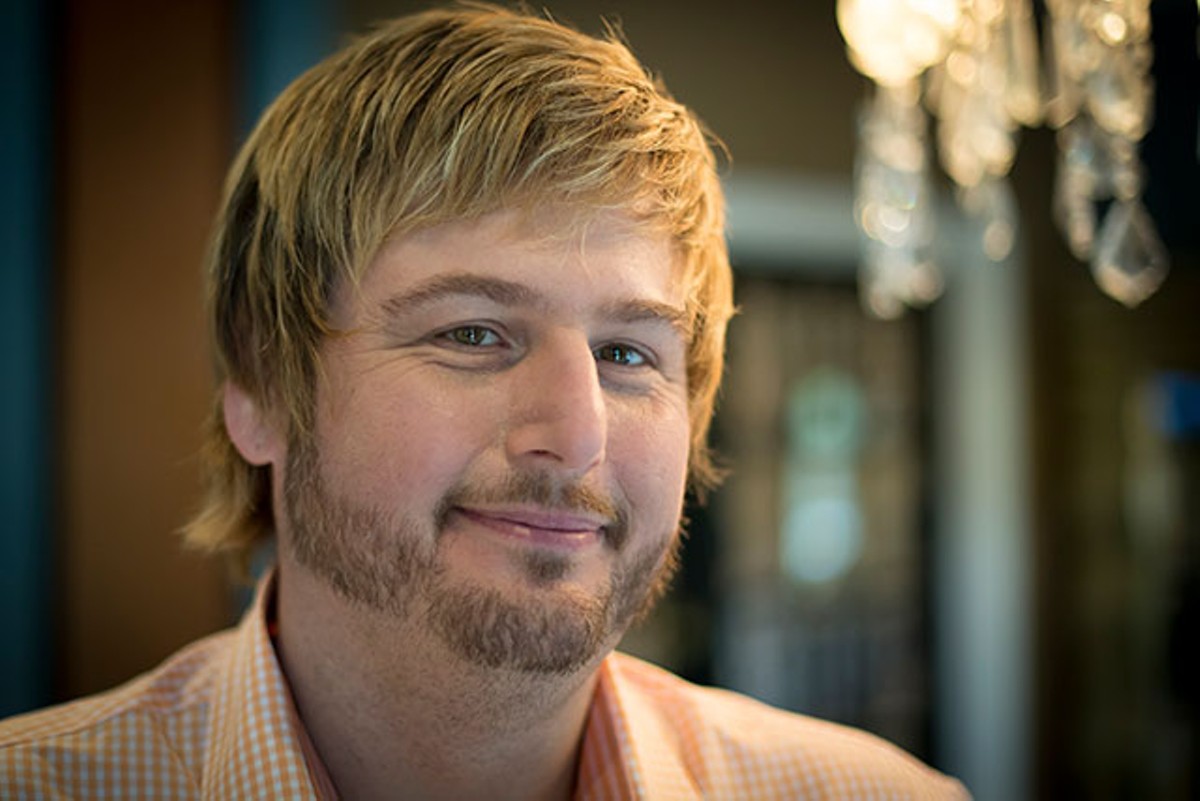 Copperhead owner Chris Martin is not only responsible for nearly all of the flying hair you see in this dolled-out issue, he also – full disclosure – rats and chops and bleaches the heads of Orlando Weekly news hounds Erin Sullivan and Billy Manes with all due frequency. Iconic! Martin opened Copperhead nearly eight years ago, after working at the Wave on Washington Avenue for the preceding nine years. It was back at the Wave that he made his first foray into the pageant circuit, sponsoring a local pageant and throwing some hair that would eventually go on to produce Miss Florida 2003 and subsequently Miss America 2004 Ericka Dunlap. That victory – among three Martin-styled Miss Florida victories – earned Martin the gig as official stylist for the Florida hopefuls in the Miss America pageant. If there have been real catfights or tragedies, Martin’s not revealing them (everyone is “nice” and “bright,” apparently); it’s merely his job to make pageant girls – like all clients – “the best version of themselves: healthy, shiny, pretty. To make them pop.” Also, not everyone is a beauty queen, and that’s just fine by Martin. “I never get bored doing hair,” he says. “Especially the hair of my challenged clients, like Billy Manes.” There she is.

Poor Sanford’s reputation has taken a beating over the last year and a half, and the merchants of the city’s super-cute historic downtown are the ones who’ve felt the brunt of it. We’ve heard from several that business was depressed as the city tried to get out from behind the shadow of the Zimmerman trial. But here’s the thing: Sanford has a really cool, vibrant downtown. It has eclectic bars (hey there, Little Fish Huge Pond) and restaurants, some of which are run by Orlando businesspeople who saw the potential in the city’s main street (we’re looking at you, Imperial Wine Bar & Beer Garden) and opened northern outposts there. It has a monthly Alive After Five street party and frequent pub crawls. It has an awesome book and record store (Maya Books and Music) and folk art gallery (Jeanine Taylor Folk Art). Add to that a handful of antiques shops, the Wayne Densch Performing Arts Center, a kickass authentic German beer hall (Hollerbach’s Willow Tree Café) and a coffee/dessert shop (Taste of Thyme Café), all in one compact downtown area. And did we mention that it’s located along the shores of beautiful Lake Monroe? Yeah, that, too. It’s by far the best downtown experience to be had in these parts.

We love consignment shopping, especially when we can shop at a designer-focused resale store like Chic Boutique in Audubon Park. Not only does this shop have an ever-changing inventory – BCBG sandals, Prada handbags, Lilly Pulitzer dresses, among other trendy women’s fashions – but if you follow them on Facebook, every day you’ll get a preview of the newest items because they post snapshots of the clothing, shoes and jewelry about every hour or so. If you happen to fall in love with a specific item (or several), just remember to book it to the store on Corrine Drive that same day because, girls, we can tell you from experience that those coveted finds go fast.