With a new tour at Kennedy Space Center, Disney is one step to closer to admitting there’s more to Florida than the Mouse 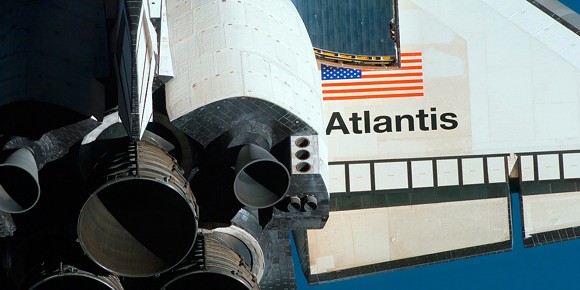 Photo via Disney
Adventures by Disney, Disney's in-house tour company, is known for the impressive exclusive offerings that come with most tours. The tour company has become an industry leader in providing unique tours that allow guests to skip the lines, dine in amazing locations and create vacations that no travel agent could ever offer.

The new 2016 offerings were recently announced, and in the mix is a brand-new Central Florida tour that includes Walt Disney World (obviously), but more surprisingly, also includes off-site excursions.

The tours at Animal Kingdom include one where guests will see how Rivers of Light, the new nighttime show that will debut this spring, is put on. Guests will also have reserved seating for the show.

Hollywood Studios and Epcot are grouped together on another day (I guess even Disney knows that DHS isn’t a full-day park). That day includes private backstage tours of the Tower of Terror, The Living Seas and the American Adventure.

Another day on the itinerary calls for a kayaking trip down Shingle Creek. The creek begins near I-Drive and runs into Lake Tohopekaliga in Kissimmee, passing near the Rosen Shingle Creek resort, the Grande Lakes resort and Hunters Creek. After kayaking past the competition, Disney will then have guests take a boat ride around Lake Toho before heading out to Forever Florida for a Florida Cracker-style barbecue lunch and an afternoon at the eco-park. Based on the itinerary it looks like guests will spend as much time at Forever Florida as they do at Hollywood Studios.

The tour also includes a night at Disney Springs, again where guests will spend as much time as they do at Hollywood Studios. The Disney Springs evening doesn’t include a dinner but does include a tour of the preview center.

Altogether the tour with six nights at the Polynesian Resort, an average of two meals a day and all the tours, including admission to the parks, runs just under $5,000 for adults (children are a few hundred bucks less).

No word if future tours will include a day at Harry Potter, but I suspect Kennedy Space Center is about as close as Disney will get to admitting there’s more to Orlando than the Mouse.