Who wrote what on HBO's "Girls"

Lena Dunham may be the face (and body) of the controversial series, but she’s not the only brain. 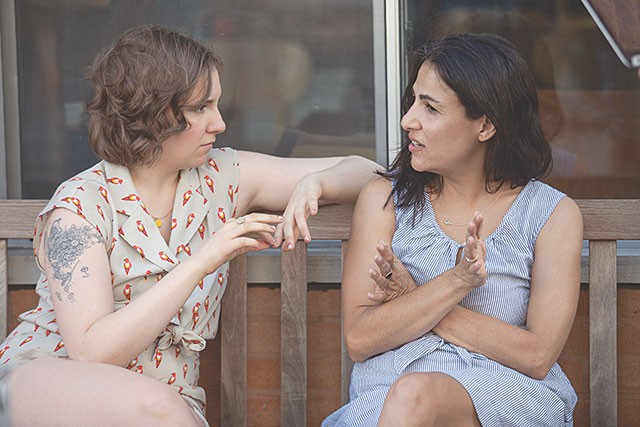 Look, it’s easy to criticize Girls. In fact, it’s not just easy, it’s fun. Even after wrapping its second season, the show’s name and subject matter practically beg you to treat it with the catty indifference that is stereotypical of the grudge-driven Venus women supposedly inhabit. But what makes the writing on Girls remarkable, in my very invested opinion, is that we’re not listening to self-important Sex and the City-style musings with a sugarplum intention of helping us overpower our nervous instincts and succeed. Or whatever. Instead, the strength of Girls is in its presentation of the oh-so-typical youthful rationales that make self-aware viewers blush and shake their heads in recognition – which adds to our collective ability to empathize with one another.

The majority of Girls is written by Lena Dunham, and as the show’s creator, she fields the bulk of the criticism (which, annoyingly, hinges a lot on what many consider to be Hannah Horvath’s bulk). But she is not the only writer – and the show is not just written by women. Seinfeld writer Bruce Eric Kaplan, who was brilliant at characterizing Elaine Benes (and I won’t even begin to talk about his enviable dramatic chops on Six Feet Under), co-wrote “Video Games,” the episode in which we learn Jessa’s daddy-issues backstory in one tedious gut-punch, as well as last season’s “Leave Me Alone” (an infinitely better job at illustrating Jessa, even though she wasn’t the episode’s focus). Then of course, there’s Judd Apatow, who is also behind two episodes, most notably the Season 2 finale, “Together,” the tidy romantic wrap-up of which left more than a few Girls fans feeling betrayed. My reaction to that episode was decidedly mixed, especially when you compare it to “The Return,” Apatow’s other writing credit, a memorable episode from the first season in which Hannah returns to her hometown for a weekend – the episode was undeniably moving, without a wish or a wash to its story structure.

But I can’t go any further without bringing Jenni Konner into this conversation. Konner is often credited as Dunham’s actual BFF, and is Girls’ co-showrunner. She has four episode writing credits, including “The Crackcident,” the “Welcome to Bushwick” episode that culminated in a turning point for Hannah and Adam. (Hannah’s tiny smile in the back of the cab still trumps all her other triumphs.)

Konner’s TV writing experience began with an episode of Apatow’s Undeclared in 2001, and it was her involvement in Girls that brought Apatow to the show. The simplified awkwardness of Undeclared could not, and did not, prepare me for the nerve damage done by Konner’s most recently aired episode, “On All Fours,” in which Marnie serenades Charlie with a Kanye West song, and everybody else on the show monumentally fucks up in other ways. The dialogue from that episode was searing and clear, and leads me to think that Dunham and Konner write best as a team.

It’s the promise of this Dunham-Konner confab going on behind the scenes that keeps my intrigue in this show’s writing at its peak, so naturally, I’m excited to see what Konner and Dunham do with their next HBO project, a foray into nonfiction. It will be telling to see how skilled these writers actually are at evoking reality, as they tackle the life story of fashionista Betty Halbreich (who, ha, was a style consultant on Sex and the City). This exercise will undoubtedly benefit Girls, which occasionally stumbles into TV writing traps, but at the very least can be credited for resisting didactic monologue.