We sit down with notorious Universal leaker HateToFly

Live Active Cultures: Who's behind all those Universal Orlando scoops? 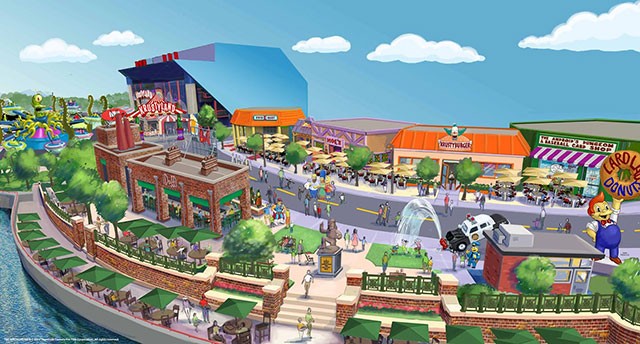 Daniel Ellsberg. Mark Felt. Edward Snowden. Journalists have long relied on “leakers” to share sensitive inside information, and the attractions industry is no exception. For the past two years, one of the most dedicated divulgers of Universal Orlando’s upcoming plans has been “HateToFly,” a pseudonymous poster on Twitter and the Orlando United web forums.

He was the first to describe in detail the queue of Harry Potter’s upcoming Gringotts ride, he revealed plans to resurrect King Kong at Islands of Adventure in 2016, and he unearthed early info on Universal’s fifth on-site hotel and water park. Despite recent appearances on park-centric podcasts, HateToFly (“Hate” for short) has been reticent to reveal any details about himself or his sources – until now. Last month, I took a stroll around Universal with Hate, then sat down over a chicken-and-waffle sandwich (his favorite snack from the Simpsons Springfield USA Fast Food Boulevard) for an in-depth interview.

Who is HateToFly? For starters, you may be surprised by who he is not. Hate isn’t an employee of Universal or “affiliated with any type of theme park at the moment,” though he does have “a past with a certain resort.” He isn’t secretly on Universal Creative’s payroll, leaking info at their hidden behest. He is “a huge theme park fan” who has been following the industry for two decades, and a Universal Orlando annual passholder (“since the early 2000s, through the dark years”) who never gave up on the once-troubled resort. He’s married to a schoolteacher, works for “a large corporation” and is a native of the state of Washington (“Go Seahawks!”).

“I knew I could take a good picture, and I knew what people wanted to see, because I knew what I wanted to see.” In 2009 he began following Orlando United, which was founded by Brian “BriMan” Glenn in 2008, and started posting popular photo updates there in 2010 as an ordinary fan with no insider info.

By summer 2011, Hate was invited to join the Orlando United staff as an administrator. One day in early 2012 he received a private message saying, “‘I love the enthusiasm you have for Universal [when] everyone else follows Disney.” The message was followed by an email containing blueprints for Project 971 (aka Springfield USA), more than a year before the Simpsons expansion was publicly announced.

“It was amazing,” Hate says. “It started out with one source [but] within a few weeks of getting the Simpsons information,” the floodgates opened: “The sheer number of contractors, artists, engineers, architects [and] members of Universal Creative and Walt Disney Imagineering that are on the Orlando United website is astonishing. … I’ve been fortunate enough to get behind-the-scenes photos of things being made long before the general public sees them.”

Hate is cautious about what he shares, claiming he keeps a lot of content under cover. “I always get approval [to post information] because I don’t want to disrespect anybody. They share this stuff with me in confidence.” Vetting leaks for deliberate misinformation is another challenge. “Any time I get information from somebody I don’t already know, I will automatically go to the people I know and trust and run all the information by them. It’s a checks-and-balances type thing.” As for his sources’ motivations, he says, “They are proud of their work, they love what they do [and] they just want to share it.”

Universal is obviously aware of Hate’s activities. “I’ve been questioned inside the park a few times,” Hate says. “I have been followed by security, [and] Orlando United has been contacted by Universal’s legal department.” As a precaution, he “will never post behind-the-scenes pictures, only things that can be seen from general viewing walkways,” and he won’t publish unredacted blueprints.

“Any subject, whether it be theme parks or vehicles or cell phones, all have people that leak information, because that’s what the fans want,” he asserts when asked if his leaks spoil the resort’s future plans. “If I am in any way damaging Universal’s record profits and attendance levels, I’d be curious as to how.”

Even so, he says, “I would tone down or stop the content if they came to me, [but] there’s nothing that I would take back.” HateToFly concludes, “I do what I do to spark conversation, to get people’s minds going. What’s more fun to talk about: what could be, or nothing?”