Watch out, Orlando, the Ark Encounter in Kentucky has a diner and a petting zoo 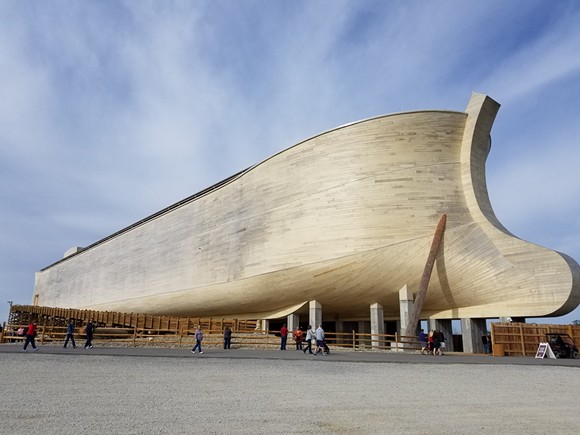 Photo via The Ark Encounter/Facebook
Last week, the Orlando Sentinel ran a guest column that was seemingly a poorly veiled ad by C. Britt Beemer, a column blaming support for the LGBT community for Disney's lower attendance.

And while his entire column is filled with terrible falsehoods, let's set aside his idea that Christians may stop coming to Orlando because it's too gay and filled with rainbows, and instead visit the Ark Encounter in Kentucky, to which he compared Disney (favorably).

Beemer mentions a predicted 1.24 million guests in the first year of the Ark Encounter. While it does look true that there were over a half-million visitors in the attraction's first six months, rarely do attendance numbers grow the older an attraction gets.

So, that 1.24 million figure is rather unlikely to happen. Plus, it's just the latest in a range of ever-changing numbers that Ken Ham, f and CEO of Ark Encounter and Creation Museum’s parent ministry, Answers in Genesis, seems to share. The projection once soared as high as 2 million, but the closer to opening day, the lower they got. 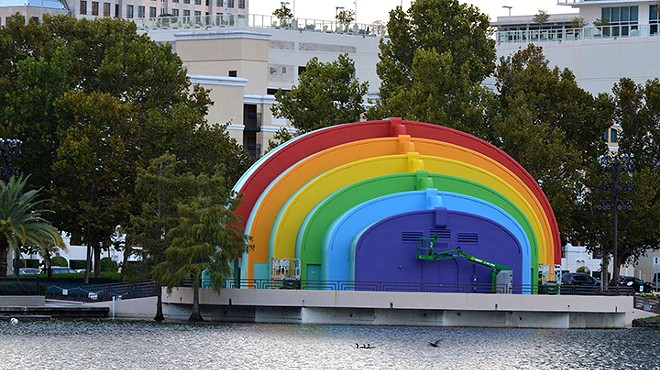 
It is true that Disney World had a decline, a drop of less than 1 percent, at what is literally the busiest theme park resort in the world (more than 20.39 million guests last year).

Disney has made it clear that they are trying to lower attendance in the parks that regularly have multi-hour waits for the most popular attractions. While attendance has dipped ever so slightly, guest spending, a much more important gauge, is up. Also, Beemer seems to forget that attendance is up overall in Orlando, with 68 million visiting the metro area in 2016, a jump of over 2 million from the year before. Suddenly those 1.2 million expected to visit a factually incorrect museum in the middle of B.F.E. Kentucky isn’t looking so impressive. At Universal Orlando, Islands of Adventure saw an attendance jump of 6.5 percent with 9.3 million guests, while the Studios saw a 4.3 percent jump with 9.9 million.

The Ark Encounter’s 1.2 million guests wouldn’t even crack the Top 20 theme parks in North America (or the Top 20 museums in the world). In fact, it wouldn’t even beat the now-closed Orlando-based water park Wet Wild, which had the lowest attendance of the four Orlando water parks, clocking in at 1.31 million visitors last year.

If the riches of Dubai can’t beat Orlando, I doubt the science-denying Evangelicals of Kentucky can.

Plenty of parks have claimed to rival Disney and Universal, but none lived up to the hype. If the riches of Dubai can’t beat Orlando, I doubt the science-denying Evangelicals of Kentucky can.

Beemer also seems to forget that Orlando has much more to offer than Disney and Universal. The largest and most popular Christian attraction in the nation, the Holy Land Experience, is within the city limits of Orlando. By some estimates the HLE has well over a half-million visitors a year – or roughly what Kentucky’s own independent research expects from the Ark Encounter.

Currently, the Ark Encounter is little more than a museum of fictional science, a petting and a diner, but as Beemer mentioned in his guest column, more is to come. He says that an upcoming phase will add rides, including roller coasters, but on the in Genesis it clearly states, “the Ark Encounter is not like Disney World, King’s Island, Universal Studios, etc. There will be no roller coasters, for example, and no other kinds of 'thrill' rides.”

Beemer mentions six more construction phases, in fact, while the Ark Encounter website mentions nine – including an aviary, a first-century village, a walled city, a special effects attraction known as the “Journey Through History” and a “100-foot-tall themed building with exhibits and a 500-seat 5-D special effects theater.”

I wonder if their Tower of Babel will be finished before ours.