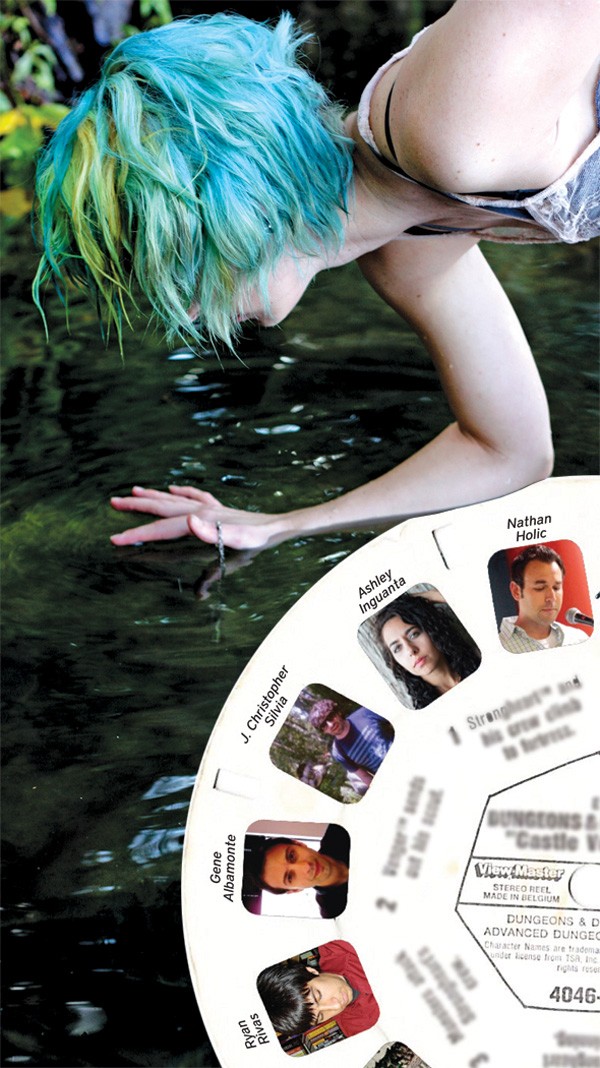 Orlando isn’t known for its thriving literary scene. Outsiders tend to view Orlando as devoid of any culture not created for the express purpose of maximizing profit, a city lacking in artistic or intellectual depth, a postmodern wasteland of popular Western decadence and consumerism. This viewpoint, however, is hardly reflective of the literary community that’s flourished quietly here, from Zora Neale Hurston’s time in Eatonville to Jack Kerouac’s College Park peregrinations to Bill Belleville’s delvings into the natural world.

Today, Orlando offers a number of different venues for prose and poetry writers: established and emerging reading series and competitions There Will Be Words, Literary Death Match, Time for Prose and Speakeasy; brand-new reading series from MFA candidates at UCF and Full Sail; the Kerouac Project residency; and annual writers conferences such as Rollins College’s Winter With the Writers and New Smyrna’s Blue Flower Arts Winter Writers’ Conference.

Local publisher and writers’ blog Burrow Press, part of the Urban Think Foundation and based in the Urban ReThink space, is doing its part to change naive perceptions of the city. 15 Views of Orlando, Burrow Press’ second collection of short stories in print, is due out at the end of the month. “I envisioned this collection as presenting a multifaceted and human view of the city of Orlando, a contrast to the bubblegum view that most nonresidents will share,” says Nathan Holic, editor of the anthology. “I wanted dark spaces, nooks and crannies, strange and interesting hangouts. I wanted the forgotten characters of the city.” Echoing that intention, contributor Vanessa Blakeslee says in an email exchange that the writers wanted to tell “stories of the city as experienced by residents, rather than tourists, capturing Orlando’s diverse neighborhoods, subcultures and peculiarities.”

15 Views is just that: 15 stories set in 15 different Orlando-area locations, from the neon strip of Little Vietnam on Colonial Drive to the desolate parking lot of an Albertson’s supermarket in Oviedo. The contributing authors include Flannery O’Connor Award winner and Rollins writing professor Philip Deaver, indie-lit sensation Lindsay Hunter (co-host of the Quickies flash-fiction reading series and author of the story collection Daddies) and a baker’s dozen more locally connected writers. (Disclosure: This reporter has contributed to the Burrow Press blog, though not to 15 Views of Orlando.)

While the individual stories appeared one by one on the Burrow Press website last year, they’ve since been “stolen from the tubes of the Internet” to encourage curious readers to buy the book. The print version is not only elegantly laid out by Burrow Press designer Tina Holmes, but also augmented with extra interviews and essays about the 15 Views project, the writing process and the idea of Orlando as a literary setting.

Holic, a UCF writing instructor as well as a writer, was initially inspired by a writing workshop exercise to “create a portrait of the city as a literary character” through a collection of loosely related stories. “[In 15 Views of Orlando] we got the natural world, and we got the grit of the city. Orlando is a unique place simply because it is the quintessential millennial American city. It is a city built on consumption rather than production. … So many people have come together to create this place, and it’s a massive population still deciding what it wants to be. We’re witnessing the creation of identity in a millennial city, and it’s rich in conflict all day, every day,” Holic says.

Chris Heavener, editor-publisher of Annalemma and a 15 Views contributor, describes Orlando as “a city in the midst of an identity crisis. It’s constantly trying to figure out who it is and who it’s not.” It’s that sense of emerging identity and the recurring social, spatial and political conflict that occurs within the city that each piece in the collection tries to unveil.

Burrow Press editor and publisher Ryan Rivas says that he plans to not only promote the small press’s books, but also local writers, both experienced and just-budding. Rivas is also program director for Page 15, a nonprofit literacy organization that provides free tutoring and creative writing programs to Orlando children, and all proceeds from sales of the 15 Views of Orlando collection will be donated to Page 15. (There’s no connection, however, between the title of the collection and the mentoring program.) For now, the easiest way to buy the book is at the Jan. 31 release party or to order online at burrowpress.com.

Rivas wants to focus on “keeping the literary community alive here, because that’s why this started. I felt isolated as a writer and now I don’t. I think other writers feel the same way, and if we can help keep the local writing community connected through our blog, events like the There Will Be Words monthly reading series, and other means of support, we’re going to do it.”

Rivas feels that while the book possesses a local flair, it nevertheless has value that stretches beyond the realm of Orlando: “I only hope other cities embark on a similar project.”