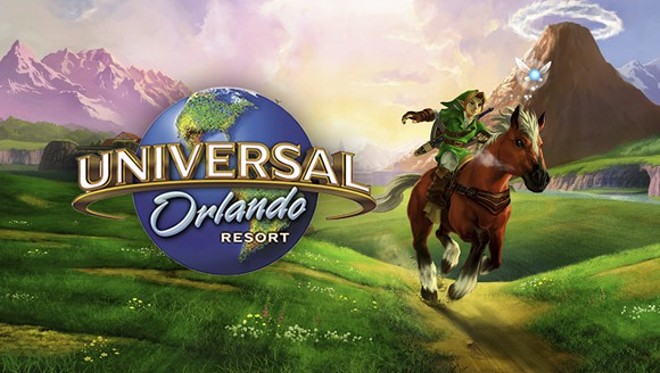 Photo via Universal
Most of the focus at Universal Orlando has been on Kong, which should open by this summer, and Volcano Bay, which will open in 2017. Beyond that, there are plenty of projects in the pipeline, including attractions based around the Fast and the Furious franchise and one focused on the Tonight Show with Jimmy Fallon. But one of the biggest projects to be in the works for the coming years has to be Nintendo.

The Universal partnership with Nintendo was announced this past May, but since then details on the project have been sparse. Now it seems we're getting more info on what to expect from this new collaboration. Japanese newspaper Sankei News is reporting that Universal Studios Japan will be the first Universal park to receive the new Nintendo experiences. This makes sense, as Japan has both the headquarters for Nintendo and a large Nintendo fan base.

According to Sankei News, the new experiences should have what is best understood as "Phase One" open by 2020, which is just in time for the Summer Olympics in Tokyo. The new Nintendo area is compared to Diagon Alley in both detail and immersion. The paper also reports a budget of $351 million, roughly $50 million less than it cost to build Diagon Alley in Orlando.

While details are sparse on what the new Nintendo area will include, it’ll likely involve more than one franchise and may include new experiences throughout the entire Universal Orlando resort.

A Mario Kart ride has been widely rumored, with many of the latest tech tricks expected to be in it, including trackless tech, randomization and possibly even actual real-world 3-D holograms (like what Jurassic World featured in their Samsung Innovation Center). A large experiential retail outlet is also expected.

Depending on how Harry Potter performs in Hollywood, it is possible that Universal Studios Hollywood could receive Nintendo attractions well before Orlando. Singapore, meanwhile, will likely not include any new Nintendo or Harry Potter additions, due to both size constraints and third-party contracts.