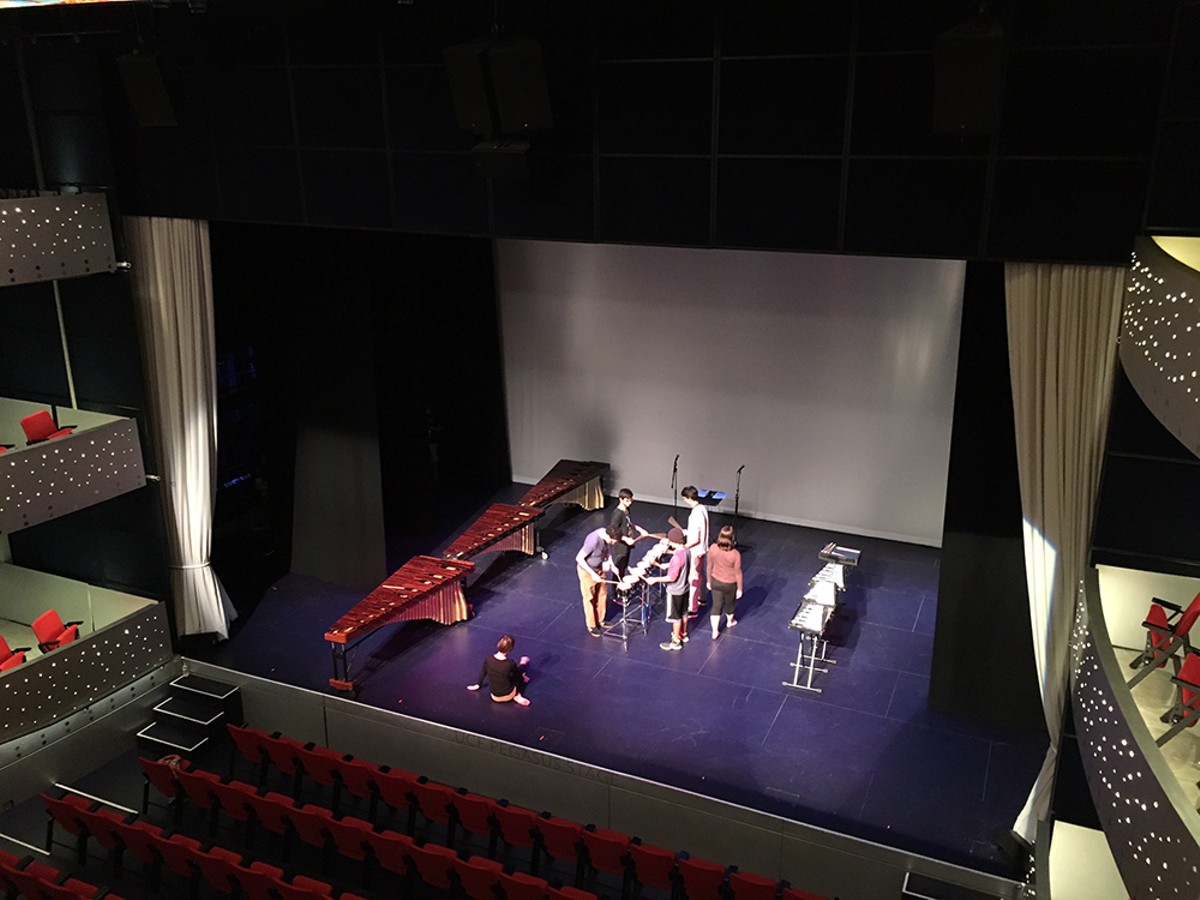 Among minimalist composers, Steve Reich may be second only to Philip Glass in name recognition – but only a snob would allow popularity to count as a mark against enjoying his music. Popular it may be, but performances of his '70s classics are as invigorating as ever, and gaining new life in innovative stagings all the time. This week's performance of "Drumming" (1971) falls in line with that trend of breathing new air into a classic when the UCF Percussion Ensemble and Voci Dance take on the work together.

The thing about seeing a modern percussion composition performed – or any live music, really, if you're close enough to the musicians – is that movement is already an integral part of the performance. A recording is one thing, but a live performance highlights the physicality of how those sounds are produced. Particularly in a percussion piece, viewers witness the interplay of the performers' mallets, the hypnotic motion of their arms and upper bodies, the subtle corporeal shifts that produce changes.

In "Drumming," the quotidian becomes sublime as the simplest pattern of sound begins to coalesce, falling in and out of phase, casual gestures spinning into a dizzying constellation of percussion.

"This past May, I performed 'Drumming' in a four-night run in Austin, Texas, with the Kathy Dunn Hamrick Dance Co.," says UCF professor Thad Anderson, who oversees the Collide Contemporary Series and directs this concert. "It was part of their season, so dance was the feature. While what we are doing Friday night is very different, this experience in Austin spurred the collaboration with Genevieve and Voci Dance. I'm not sure how often 'Drumming' has been performed with dance, but I'm sure it's pretty rare," he says.

Genevieve Bernard, artistic director of Voci, choreographed Friday's piece. "I think we struck a good balance of movement and music," she says. "I really wanted to honor the score and I wanted to find different ways to show the phasing in the movement. We used pedestrian movement as our point of departure ... The dancers also create focus on the music throughout by standing next to the musicians, or just stopping and watching the musicians."

Seeing "Drumming" performed live elucidates the magic of how it happens; it's no longer just a pattern of sound, it's a dance in which you can actually see how minute changes and differences in movement create the pattern of sound. Having dancers moving with the musicians is sure to add another layer of stunning complexity to what's already a delightfully mesmeric piece of art.