Try a little T.L.C. with Turnstile at House of Blues this Thursday 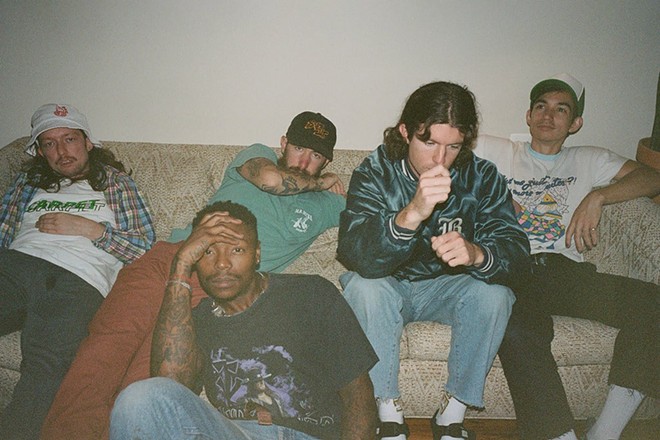 Turnstile will bring their hardcore punk glowup to Orlando's House of Blues this Thursday.

Emerging from Baltimore's punk rock music scene in 2010, Turnstile has found a way to redefine and enhance hardcore punk in the most stylistic of ways. Their newest album, GLOW ON, continued to break boundaries, being deemed one of 2021's best albums by Vulture. A passion project teased earlier in the year with the Turnstile Love Connection EP, GLOW ON has continued to expand Turnstile's creative boundaries as they even created a short film to accompany their latest work.

Turnstile's TLC tour will be accompanied in Orlando by  Snail Mail. Snail Mail  recently visited Orlando's Beacham for her own tour this August.

Oct. 13 marks the TLC tour's first stop in Florida, with the second being in St. Petersburg on Oct. 14. The Orlando show date is one of the first of the tour, which just kicked off last week in Brooklyn.

Doors open at 6:00 p.m. Tickets are currently available through resale on Live Nation for $45. More information can be found on the House of Blues Orlando website.