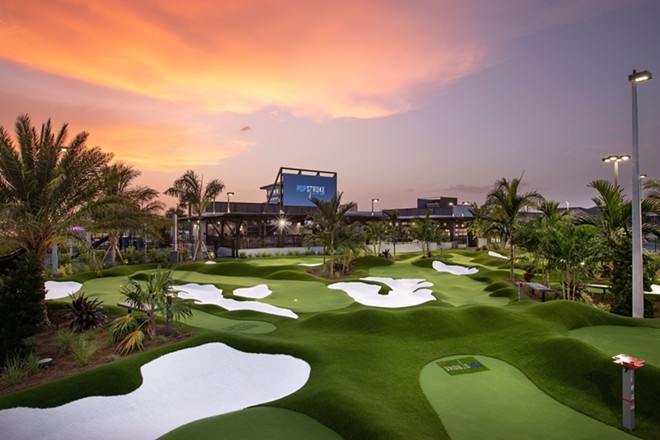 A new miniature golf course is in the works for Waterford Lakes, but don’t expect the whimsical props that have come to define the sport. This complex is ushering in a new era for the family-friendly game. PopStroke is planning two 18-hole putting courses on a two-and-a-half-acre lot near the Regal Waterford Lakes movie theater.

This will be the third location for PopStroke and the first Central Florida location. The South Florida-based miniature golf concept opened its first location in Port St. Lucie in 2018, followed by a second location in Fort Myers, which opened last year.

Replacing the whimsical kid-focused courses with what look like actual golf courses, but miniaturized, PopStroke gives mini golf an adult-focused makeover. A similar concept exists at Disney World with the Fantasia Fairways Miniature Golf Course — with real sand traps and water hazards, that course has been rated as one of the world's most challenging miniature golf courses. (It also seems to be a favorite of golfer Bubba Watson.) 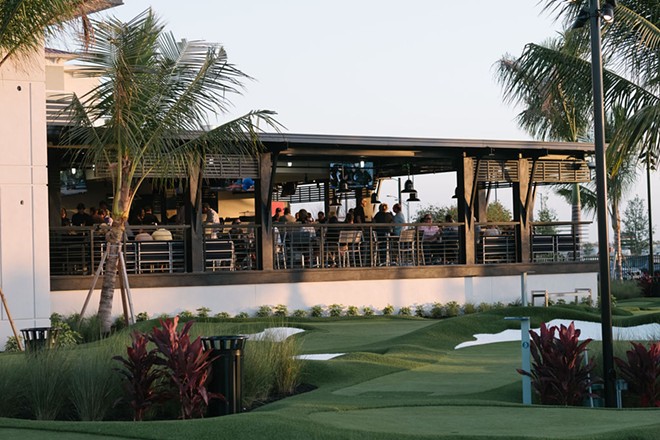 At Waterford Lakes, PopStroke will have a 9,472-square-foot building with an expansive sports bar-style restaurant. A bar with an outdoor area will overlook the courses, with two more bars indoors. A small shaded, gated playground will be found just to the east of the building. The complex, replacing a parking lot, sits directly behind a strip of restaurants and across from the movie theater. A Tesla supercharger station in the existing parking lot will remain.

Billed as a “technology-infused golf-entertainment concept,” players can track their opponents via a Jumbotron-style scoreboard and follow their own progress on a mobile app.

PopStroke is just the latest in a trend of combining less popular, and often kid-focused, activities with elevated food and drink offerings. As far back as 1996, places like GameWorks tried to merge activities like arcades with a more bar-like atmosphere for what has become known as competitive socializing.

More recently, the trend has seen an uptick with concepts like TopGolf, Splitsville, WhirlyDome, Kings Bowl and Main Event. Each combines one or more activities, such as a driving range or bowling, with gastropub offerings and a handful of other minor activities, such as cornhole or foosball. Specialty cocktails and a wide range of beers are typical. In recent years, axe throwing, go-karts and escape rooms have also become popular activities at competitive socializing venues. 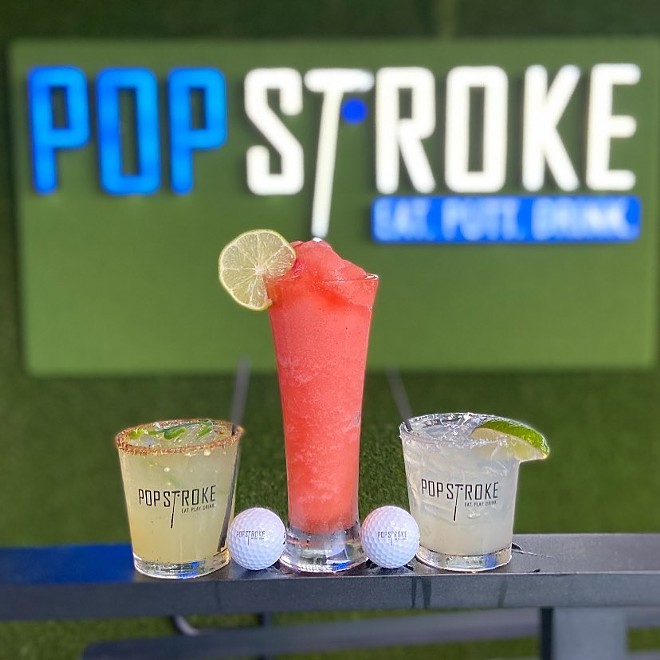 In recent years Orlando has seen multiple similar businesses open across the region. To differentiate themselves, some have attached well-known names. Andretti Indoor Karting & Games features nods to the motorsports family, including replicas of famous Andretti racing cars.

PopStroke has a partnership with Tiger Woods and his golf course design firm, TGR Design, overseeing the design of all new courses for the company, including the Orlando ones. The CFO of TGR Ventures, Chris Hubman, sits on the PopStroke Board of Directors, alongside the President of NBC Sports and former CEO of PGA of America, Peter Bevacqua, and Greg Bartoli, PopStroke’s founder.

Tiger Woods is featured prominently in the existing PopStroke locations. Every player leaves with a Bridgestone Golf ball, the official golf balls used by Woods.

The Orlando Business Journal, who were first to give details on the new Waterford Lakes location, reports that two to three other PopStroke locations are planned for Central Florida, with a possibility of one being located somewhere in the tourist corridor.

On their website, PopStroke says the Orlando location is set to open this year, though it’s unclear if the pandemic will delay those plans. Beyond Orlando, PopStroke locations are in the works for Scottsdale, Palm Beach and Sarasota. 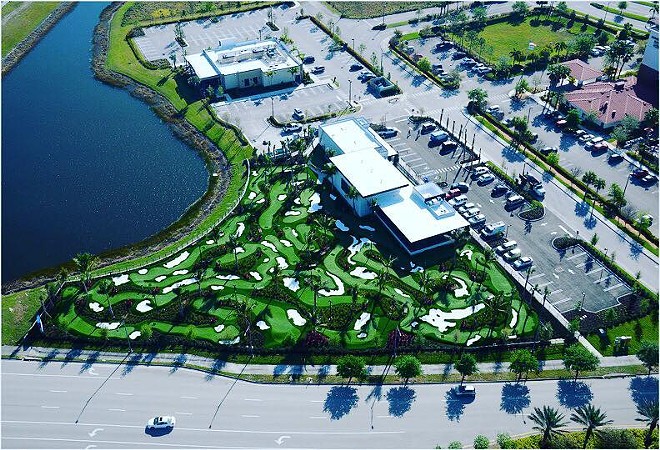