Our editors' picks of the best things to do this week.

10th Annual Winter Park Wine & Dine
Sample the best of Winter Park at this event, featuring tastings from over 35 participating restaurants as well as a bevy of (ahem) beverages — from craft beers to wines to specialty cocktails. All that and live music too. 5:30 p.m., Winter Park Farmers Market, 200 W. New England Ave., Winter Park, eventbrite.com, $75-$250

Thursday, April 14
Jon Anderson
Singer and Yes-man (see what we did there?) Jon Anderson re-creates his finest hours of Yesmusick with a backing band of young alumni and musicians from the Paul Green Rock Academy. Just the premise makes us beam sentimentally. 8 p.m., The Plaza Live, 425 N. Bumby Ave., plazaliveorlando.org, $44.50-$74.50 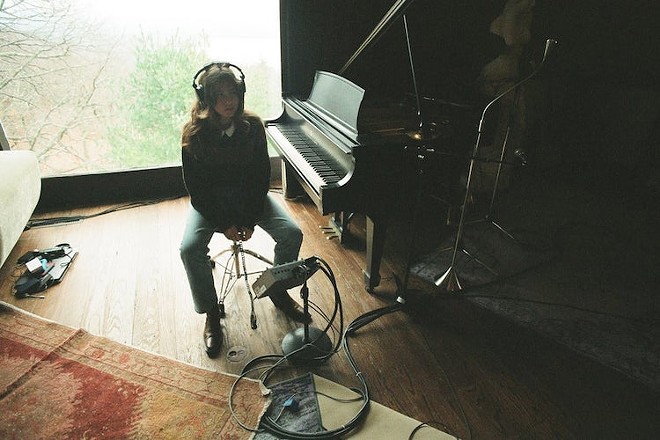 Clairo
Singer-songwriter Clairo is touring behind her newest album, Sling, and the penultimate show of the tour is right here in Orlando. Clairo came to fame as a teen several years back when the videos she posted performing music went viral on YouTube. Soon enough, major labels came a-callin'. Headlining is the excellent, Mazzy Star-conjuring Widowspeak. 7 p.m., House of Blues, Disney Springs, houseofblues.com/orlando, $39.50-$75.75

Friday, April 15
Alejandra Guzman and Paulina Rubio
Two titans of Mexican pop link up to "face off in a once-in-a-lifetime run of shows." If that's not incentive enough, this is the first show of this unique tour, so expect energy levels and spontaneity to be at a high. And these two artists aren't fucking around. "This is going to be a dangerous summer," said Guzman to promo the tour. Testify! 8 p.m., Hard Rock Live, 6050 Universal Blvd., hardrock.com/live, $52.50-$108.50

Bill Mays
Pianist and composer Mays' 60 years' worth of work in the music biz have seen him play in all manner of band configurations, work for the likes of Sarah Vaughan and Gerry Mulligan, and contribute work to timeless movie scores as diverse as Jaws 2, Superman and The Big Lebowski. 8 p.m. Blue Bamboo Center for the Arts, 1905 Kentucky Ave., Winter Park, bluebambooartcenter.com, $25-$35

Hope for the Holidays Benefit Concert
Ashanti and Keyshia Cole helm this benefit concert for autism awareness and the fight against cancer. Jagged Edge and 112 also perform. Ashanti is celebrating 20 years since the release of her self-titled breakout debut album, and Keyshia Cole has given recent interviews where she's mulling an imminent retirement from music — seems an essential outing. 8 p.m., Osceola Heritage Park, 1875 Silver Spur Lane, Kissimmee, ohpark.com, $75-$147

Tuesday, April 19
Ishay Ribo
Though his original show on the 18th sold out handily, fear not: Israeli music sensation Ribo has added a second date tonight and tickets are still available (as of this writing, at least). The singer-songwriter has dazzled audiences with albums that mix traditional Hasidic music with modern pop sensibilities. 9 p.m., Walt Disney Theater, Dr. Phillips Center for the Performing Arts, 445 S. Magnolia Ave., drphillipscenter.org, $60-$200