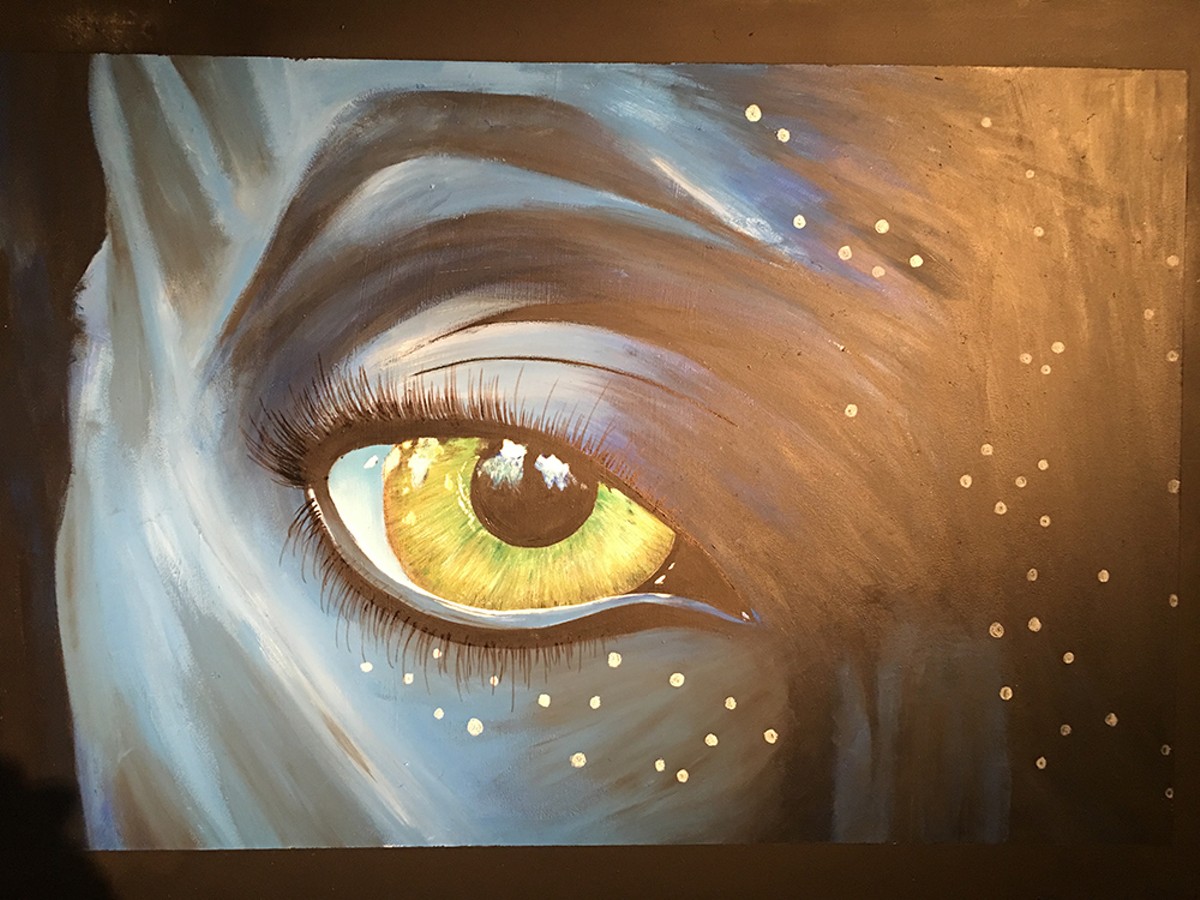 Since the very first installment of this column nearly 10 years ago, I've been preaching that theme parks are more than a mere money-making diversion; they are an original American art form. I'm pleased to report that the choir must not be empty, because I've never seen a 1st Thursday at Orlando Museum of Art as well attended as last week's Disney-sponsored Pandora: Celebrating the Beauty of the Natural World event.

I'm sure some of those squeezed into OMA's galleries, which showcased concept art and artifacts that inspired Disney World's new Avatar-themed expansion, may have been there for the free food – and with limitless samples of savory Satu'li Canteen beef bowls and Pongo Pongo pineapple lumpia, I can't blame them. But I like to think that more were drawn, as I was, by the opportunity to see Disney Imagineering creative executive Joe Rohde, the driving force behind Animal Kingdom, talk about how he turned a movie about tall Smurfs into Mickey's latest top attraction.

Once the microphone-mangling rattle caused by Rohde's famous dangling earring was eradicated, he enthralled the Suntrust Auditorium's capacity crowd with an intellectual yet accessible mini-masterclass in classical art and its influence on theme park architecture. When Rohde and his team of designers reach back to the old masters for solutions to their creative challenges, they don't only look to Walt and his original Imagineers, but the great painters and sculptors of past centuries.

Peak crowds at the parks are receding as schools go back into session, so the coming weeks are as good a time as any to visit Animal Kingdom's Pandora. When you go, pay attention to the design decisions that deliberately echo these artists, as revealed in Rohde's own words:

"The word picturesque refers to [late Baroque artist] Claude Lorrain, who invented the romantic idea of the landscape. Without Lorrain you don't have the picturesque tradition, and without the picturesque tradition, you really don't have the arts at all. When you ride through [Killimanjaro Safaris], you do not realize the degree to which this is a manipulated landscape. The height of the little hummocks and rises in the hills just happen to be slightly higher than the sightline of a person in a vehicle, so even though there are unimaginable numbers of those trucks driving around, you are [only] aware of six."

"Charles Olmstead created all the techniques, all the technology, all the aesthetics that we use in the creation of something ... not only the techniques, but the actual idea of landscape as an art form. Landscape was considered the highest form of art in the 18th century because it combined all the appeal of sculpture, all the color of painting, with the process of movement through space. So when you ride on a vehicle through our lovely crafted landscape, you are in fact experiencing what the great philosophers of the 18th century considered to be the highest form of art."

"Mountains used to be scary places you never went in, full of bandits, until they became idealized visions of spiritual aspiration in the 19th century. ... That is a philosophical and spiritual invention that we owe a debt, so we can make mountains that people look up to in the spirit of aspiration."

"Animal Kingdom is full of trashy beat-up stuff [that] has every opportunity to be really ugly but never is. That's because it's been consciously designed to be decayed and crumbling and beautiful. ... You would be shocked how often we talk about Robert Rauschenberg in particular, because he was interested in resurrecting the vital life in abandoned materials."

"Church's paintings were the IMAX movies of the mid-19th century. These paintings did not hang in a museum [or] church, they traveled the country. ... In the paintings were thousands of teensy-weensy details ... so people spent an hour that they paid for in an artificial space, wandering in a painting. That sounds remarkably familiar to me."

"[We] continually talk about Giovanni Bernini, because who in the history of the world has taken absolutely rigid, inflexible material – marble! – and rendered it in such a way that it appears to be weightless? ... Bernini is the gold standard for creating the illusion of life in an inert material ... to get the sense of uplift, the sense of swirl, the sense of suspension that makes [Pandora's floating] mountains not hang over you, but lift above you, rise above you? That's not easy."

A 40-minute presentation is hardly enough time to scratch the surface of Rohde's artistic insights, and I came away with a deeper appreciation for his profound deliberateness in the aesthetic decisions that underpin Pandora's picturesque peaks. But at the same time, he unknowingly underlined an issue that may make his freshly birthed project the last of its kind. Rohde's slideshow was stocked with stunning scenery, but nearly devoid of people; a paragon (like Avatar land itself) of postcard-perfect beauty, but lacking engagement with the human element.

The success of Universal's Wizarding World suggests guests are less interested in impressive yet impersonal vistas than intimate, interactive environments. Disney's decision to make narrow alleyways crammed with characters a key element of 2019's Star Wars lands implies they agree. Can Rohde's classical conception of the Imagineer as auteur, carefully controlling the passive visitor's vantage as through a picture frame, survive a future where every guest gets to be the star of their own saga?