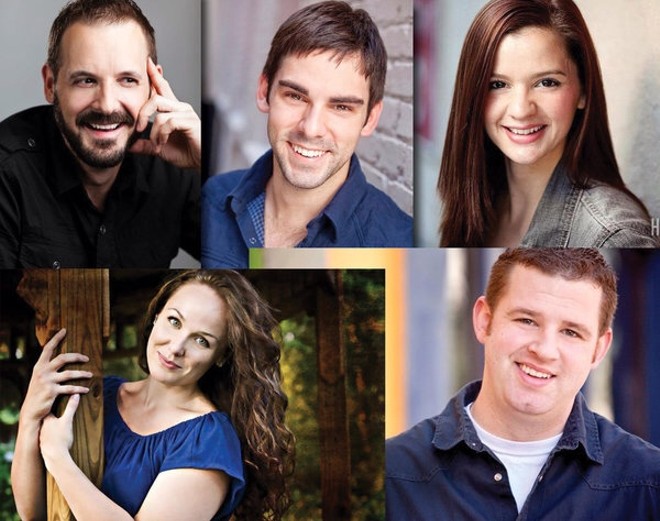 The third installment of SAK Comedy Lab's live late-night sitcom Better Days marks a turning point for writers John Valines and Tod Kimbro. After two expository episodes, their series finally settles into its groove, and grows beyond sci-fi snark into emotional character development. (Read my earlier reviews of the pilot episode and episode 2.)

March's installment features two paralel plot lines. In the first, Todd (Mike Carr) tries to get hard-drinking Jeff (Chris Dinger) to pay his bar-bankrupting tab, which drives him to the local strip club. There, Jeff becomes trapped in the restroom with a volatile washroom attendant (Mark Daniel, marvelous).

Meanwhile, Ray (Will Hagaman) is remedying Jocelyn's (Jennifer Bonner) Star Wars virginity by forcing her to watch a marathon of the original three films. She's underwhelmed by "Opie Wayne Kobe" and "Hans Olo" (he sounds Scandanavian), but eager to see Luke and Leia hook up, largely because she's confused them with General Hospital's Luke & Laura. Needless to say, certain revelations in Return of the Jedi come as quite a shock.

What elevates this episode beyond mere clever comedy are the unexpected layers revealed about these previously one-note characters. Jocelyn's cultural cluelessness turns out to be because she's a ex-Amish who was shunned in 2001, which finally provides some justification for character's odd inconsistency. Jeff's childish binging is an escape from the adult responsibility that confront him, as his ex-wife remarries and he has to assume responsibility for their child.

Better Days' latest episode doesn't skimp on the snappy reparte ("I won't go back to rehab." "You've never been to rehab." "Well, you never take me anywhere!"). But by exploring a little of these secondary characters' inner lives, the script touches some deeper personal notes as well, while granting Dinger and Bonner welcome opportunities to shine.