The wonderful world of Wes Anderson 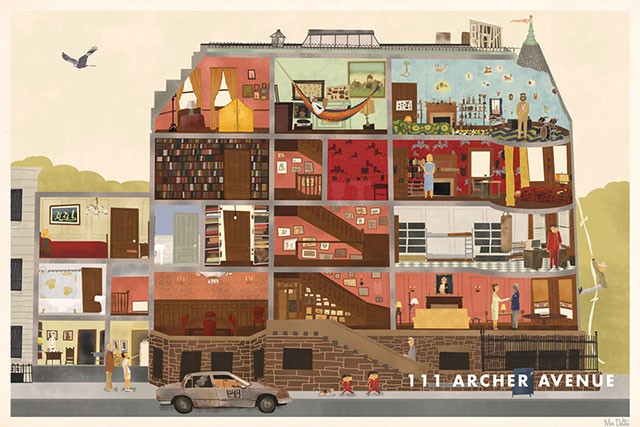 The first time I saw Wes Anderson’s Rushmore, I experienced what I’d been told it would feel like to read The Catcher in the Rye for the first time: a personal revelation, like someone was inside my head scooping everything out. I’d read Catcher by then, but Holden had already been ruined for me by old phonies and the Board of Ed who went and made it schoolwork. He was a character who already belonged wholly to people I wanted nothing to do with. At 18, I thought I’d missed the window to find my character – but then I saw Rushmore. Max Fischer was not an exact personality match for me, but he made up for it by being a dead-on fantasy-world match. In my head I could solve MIT-level math problems, win over the beautiful teacher and direct a hit play. In my head I could save Latin. But only in my head. Just like Max.

Reading The Wes Anderson Collection (which comes out Tuesday, Oct. 8), you find that growing up, that was true for Wes Anderson as well. The slender, unassuming Texan has made a strong career out of sharing his rich fantasy life. His childhood crushes became the adventure-romance Moonrise Kingdom; his high-school awkwardness became Rushmore; his parents’ divorce became The Royal Tenenbaums; his father’s death, The Darjeeling Limited.

Author Matt Zoller Seitz takes his cue from books like François Truffaut’s Hitchcock/Truffaut and Cameron Crowe’s Conversations With Wilder, giving the reader a pure submersion in the dream world Anderson has created. He connects the bridges and underground networks of trauma, pathos and charm that link each of Anderson’s seven films together, whether obvious or coded. This book lacks the outright charm of Crowe and Wilder’s conversations, and there isn’t nearly as much actual work to consider as in Hitchcock and Truffaut’s, but these old friends cover significant ground in 300-plus pages. The discussions that anchor the book are occasionally awkward, with Seitz doing much of the talking for long periods, and sometimes the human behind the art goes missing. But for fans of the films, it is a fantastic work, stuffed with hundreds of full-color stills from the movies, storyboards and layouts designed under the sharp eye of Martin Venezky, and original artwork by Max Dalton.