The Venue is closing on Sept. 12 and it won't be moving into the Yard at Ivanhoe 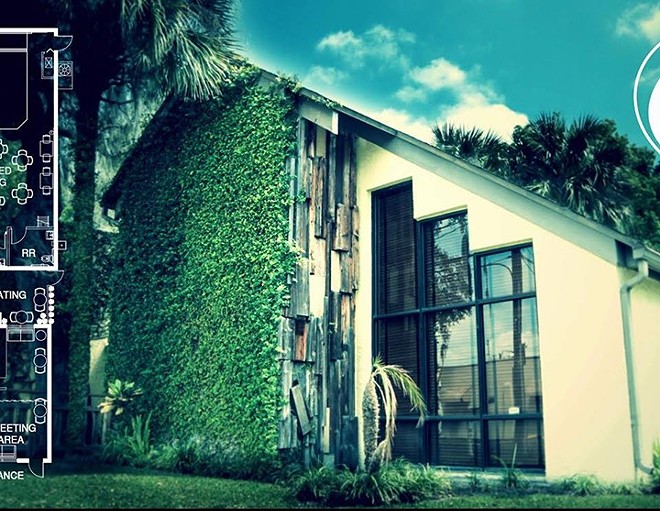 The Venue vanishes after Sept. 12, and Blue Star is searching for a new home.
Blue Star, Orlando's biggest burlesque booster and the founder of Fringe favorite VarieTease, announced tonight in an emotional livestream that The Venue, her community-focused theater in the Ivanhoe District, will close for demolition after Sept. 12, and won't be rebuilt inside The Yard development as previously planned.

Blue began her video address on Facebook and Instagram by recounting how The Venue was originally created by "seven lesbians and a shovel and some drywall," and thanking her fans and supporters, including Orlando Mayor Buddy Dyer. "I kind of selfishly built the place so I could have [a] place for VarieTease and the Ladies of the Peekaboo Lounge," said Blue. "I didn't realize what a safe space [and] a jump-off for artists this would become."

Blue Star then went on to explain that, although the developers of The Yard gave them "a small extension of like four years," and discussed creating a new theater inside the development that has reshaped the Virgina Drive neighborhood, she has decided to walk away from the project, and will close The Venue's current incarnation on or shortly after its seventh anniversary on Sept. 12.

She explained her decision not to relocate into The Yard by saying she's tried to make The Venue "an affordable space for people to do what they love," but that mission "doesn't really coincide with putting $1.5 million into a place where people couldn't afford. Basically, we've kicked ourselves out of our own neighborhood, because we made it so cool."

The Venue will go out with an anniversary party, and a gathering to observe the building's demolition will be held at the Hideaway Bar across the street. Going forward, Blue says she is "actively looking for a new spot" and would prefer to stay in the immediate area, but is "open to anything," including Parramore or the Hourglass District; her only stated requirement is at least 5,000 square feet of space, which would provide a significant step up in storage over their current 2,7000 square feet spot.

Blue concluded her online address with a pitch for The Venue's brand, saying, "We're ready to go, we have a great product, we have sustainability, and we have an army called the City of Orlando." Those wishing to rent The Venue before it's gone, or contribute to the creation of "The Venue 2.0," are invited to email [email protected]