The sound of one hand slapping

Send a News Tip
The first time I can remember feeling that the media had been divided into “old” and “new” was when Paul Reubens came out on stage as Pee-Wee Herman at the start of the 1991 MTV Video Music Awards. There was something about now-forgotten VJ Adam Curry’s description of Reubens/Pee-Wee as somebody who had been “a friend for a long time,” followed by the latter’s obviously deep gratification at earning a standing ovation in the wake of his potentially career-wrecking bust for public masturbation, that made me feel as if an entertainment network was for the first time setting itself up as the voice of a new generation with a distinctly different sense of morals.

Strange as it now may seem, that was a risky move at the time. There seemed to be something genuinely courageous in MTV’s stance that old-fashioned and irrelevant values would not succeed in ruining this man’s life and career. Not this time. Not on our network. And certainly not because a bunch of overzealous Florida lawmen had decided to make a public example out of a celebrity whose “crime” had no real victims and no real import to anybody born after 1960.

But now, like a lot of people my age, I’m starting to side with the Nazis. 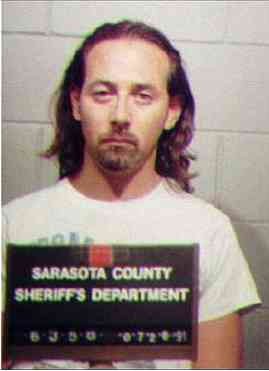 For one thing, he expects us to believe that he only pleaded no contest to avoid the spectacle of a trial. Yeah, see, I didn’t buy that excuse when it was tumbling from Michael Jackson’s 14th pair of lips, and I sure don’t believe it out of Reubens. He wanted to avoid being the butt of two week’s worth of jokes by Leno and Arsenio, so he instead opted for an unchallenged stain on his professional persona that he admits has dogged him for going on 20 years? Simply put, that explanation wouldn’t hold water if it were able to use both hands.

I know, right? I’m thinking the same thing you are: There must be a thousand red-blooded guys who can testify to this being far from an across-the-board truth. In fact, let’s take a poll right now: Any rightie who has ever successfully strangled the meerkat with your left, raise your hand.

And what would this dubious Kinsey-esque factoid have proved, you ask? That “it couldn’t have been me,” Reubens claims.

Right, so the cops fingered the wrong guy for fingering himself? How does that work? I mean, Reubens can’t rightly claim he wasn’t present at the theater; he was nabbed there like a self-abusive Lee Harvey Oswald. So I guess he’s claiming it was some other patron doing the deed – some duplicitous leftie who, when the lights came up and the cops demanded “Who’s pulling the rip cord in here?”, extended an accusatory finger from his unoccupied right fist and pointed it straight at Reubens, intoning, “There! It’s the one who looks like Charlie Manson but has a Louis Farrakhan tie in his back pocket!”

As Judy Tenuta used to say, “It could happen.”

It’s just not very likely, which is why my sympathy for Reubens is starting to ebb. His defense is particularly ridiculous in the context of the Playboy interview itself, in which he follows the standard spoiled-celeb stratagem of complaining that success made his life so difficult, but it was terrible when that success was taken away, but he’s not ungrateful. He also opines that he’s destined to do something truly great one of these days – something on a Gandhi level, although he doesn’t mean that “in any weird way.” No, of course not.

I guess what bothers me most, though, is the attendant implication that, yes, the “crime” of which he was accused was indeed something terrible – otherwise, why go to such absurd lengths to deny it? Reubens claims to be bemused that Vanity Fair bookended its “tabloid decade” with his arrest on one end and Monica Lewinsky on the other, but the mistake he’s making is purely Clintonian. Had Bubba stood up and announced to the world, “Yeah, I did it; now I’ll leave it to you how big a deal you want to make of it,” polls show the answer would have been, “Not very big a deal.” To me and millions of other Americans, the lying was the issue – because it entailed capitulation to the fuddy-duddy ethos that a post-Kennedy President’s sex life was still the voters’ concern, or even their business.

So, Paul, on one level, I’m honestly glad you’re making a comeback. When your theatrical revival of The Pee-Wee Herman Show comes to Broadway later this year, I may even go see it. But if I happen to run into you after the show, I’m not gonna shake your hand. For a couple of very good reasons.