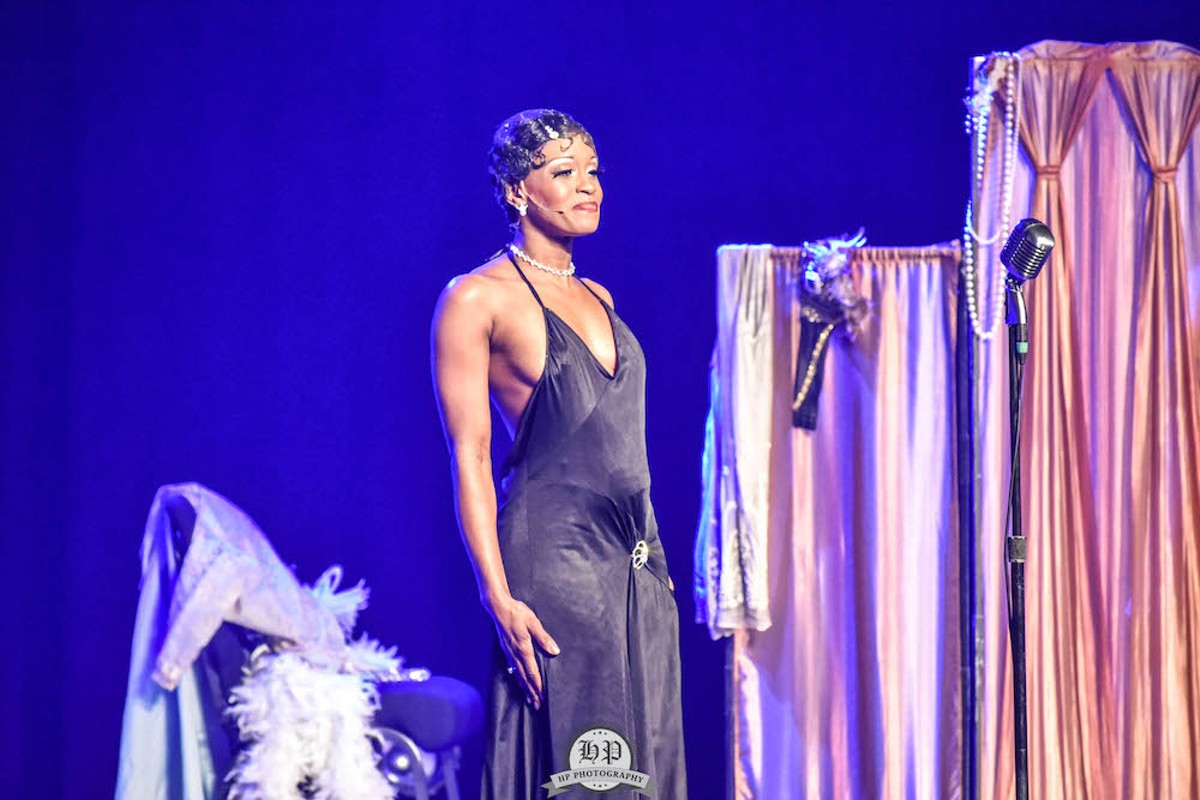 After seemingly countless weeks of quarantine, Central Florida has started taking its first tentative steps toward a new abnormal. Unfortunately, any easing of stay-at-home restrictions came too late to save the 29th annual Orlando Fringe festival, at least as artists and patrons have come to know it.

Happily, the “Fringe that almost was” became the “Fringe that still kind of is,” thanks to the ingenuity and endurance of the Orlando Fringe staff, who are in the midst of streaming 14 straight days of free entertainment into supporters’ homes under the virtual banner of “Fringe Today.”

Longtime Fringe fans knew this was not your normal festival straight from the first opening-night welcome speech on May 12 by executive director Alauna Friskics, who acknowledged up front that shifting to a virtual event had been a “crazy ride” as she dispensed with all the sacrosanct Fringe rules: Want to arrive late, talk loudly and take photos during the show, then leave in the middle to grab a snack? No problem, feel free! You don’t even need a button, although they’d be happy to sell you one or 12; visit store.orlandofringe.org for a fundraising memento.

The virtual ribbon cutting that came later that evening, following a filmed performance of WeFlip Entertainment’s Sinister Circus, served as an emblem for the week to come. As expected, there were some technical flubs and general awkwardness associated with trying to digitally connect dozens of participants – including Mayor Dyer and commissioners Sheehan and Stewart – for a socially distant toast and a triptych of scissor-snips. However, a heartfelt ukulele love song to the festival from “Bikini” Katie Thayer briefly connected all our laptop screens into a virtual Loch Haven lawn, triggering a bit of the feeling I usually experience during my annual Fringe homecoming. 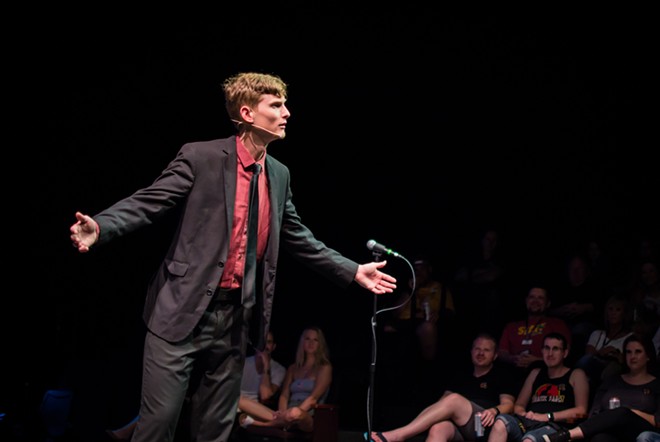 Going cyber hasn’t been completely smooth sailing for the Fringe. The initial plan to broadcast using Facebook Live was abandoned after a few days. Then some shows were marred by racist “Zoom-bombing” after the online festival shifted to that service.

Despite those technical hurdles, Fringe has been broadcasting for eight or more hours every day, with Kids Fringe programming daily at 3 p.m. and adult events throughout the evening. I’ve watched the majority of it, and although I’m used to seeing a half-dozen or more plays in a day in person, I found marathoning virtual Fringe almost more exhausting that the real thing.

That’s partially due to the highly compressed video and audio produced by the live-streaming services, which quickly becomes fatiguing to watch. That format did no favors to many of the prerecorded performances, whose muffled, muddy videos were probably marginal to begin with.

There were some exceptions to the rule, such as Tymisha Harris’ powerhouse performance as Josephine Baker at the Plaza Live, which was professionally filmed and edited by Chase Padgett (look for 10 other Fringe shows he shot for rent at digitalfringefest.com). But even under the best of circumstances, filmed theater is never as engaging or involving on screen as experiencing it live; while I’m as excited as anyone to watch Hamilton on Disney+ in July, I’m certain I won’t be sitting through all three-plus hours without several breaks. 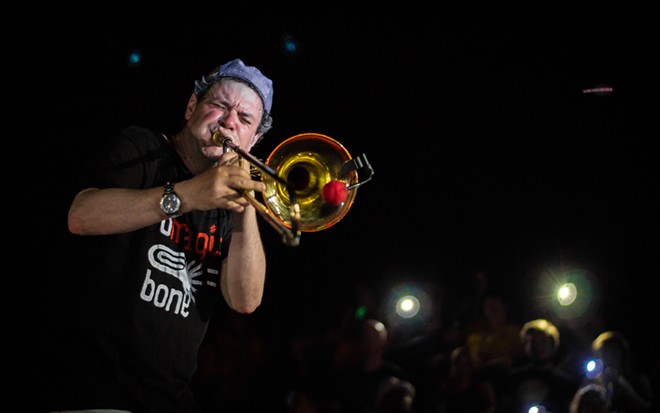 My favorite part of the Fringe Today programming so far has been not the replays of Fringe shows past, but the artists creating here in the pandemic present. A prime example was D.K. Reinemer’s “Improvised Puppet Adventure,” a hilariously bizarre hour of lighting-speed skits based on viewers’ texted suggestions and performed by a cast of ping-pong balls with egg-carton bodies. Elias Faingersh blared the trombone blasts and barbaric yawps of his award-winning musical improvisations all the way from Sweden at midnight (to the chagrin of his sleeping neighbors); singers from Cesar de la Rosa to Mr. Richard to Willi Carlisle have shared their songs; and Rauce Padgett even managed to pull together a bleary-eyed quarantine edition of his midnight talk show, with the help of his pantsless co-host Joel Warren. And I’d be remiss not to mention the first week’s unquestioned highlight: a live conversation between myself and Orlando Sentinel critic Matt Palm, in which we compared quarantine coifs and played “who wrote that?” with old reviews. (Hint: If there’s a complex compound sentence with unnecessary alliteration, it’s mine.)

Although all the Fringe Today programming is free – with Venmo or CashApp tips for the artists strongly suggested – there are some worthwhile paid shows you can find links to at thelawn.orlandofringe.org. One virtual ride I can vouch for is the online edition of “PeeVira’s Scareavan Singalong,” which has performances remaining on May 22 and May 29. For $10, participants get invited to a Zoom call where they sing along with PeeVira – aka Dr. Annie Furter – to a half-hour of familiar Broadway tunes. The show, which virtually re-creates the Festival’s frequently sold-out vehicular venue right down to the digital “driver,” is bookended by clever coronavirus parodies of “Science Fiction Double Feature” and its reprise, recast as the “Late Night Conference Calling Drag Queen Show.” Since you are encouraged to mute your microphone (in cyberspace, nobody needs to hear me sing) and you don’t have to squeeze into the cramped back of a van with strangers, PeeVira’s singalong was the rare performance that I enjoyed even more online than in real life.

Fringe Today continues through May 25; visit orlandofringe.org/fringetoday or facebook.com/orlandofringe for details.

– This story appears in the May 20, 2020, print issue of Orlando Weekly. Stay on top of Central Florida news and views with our weekly newsletters.