The new ‘Fast & Furious: Supercharged’ attraction might be Universal’s biggest misstep of the decade 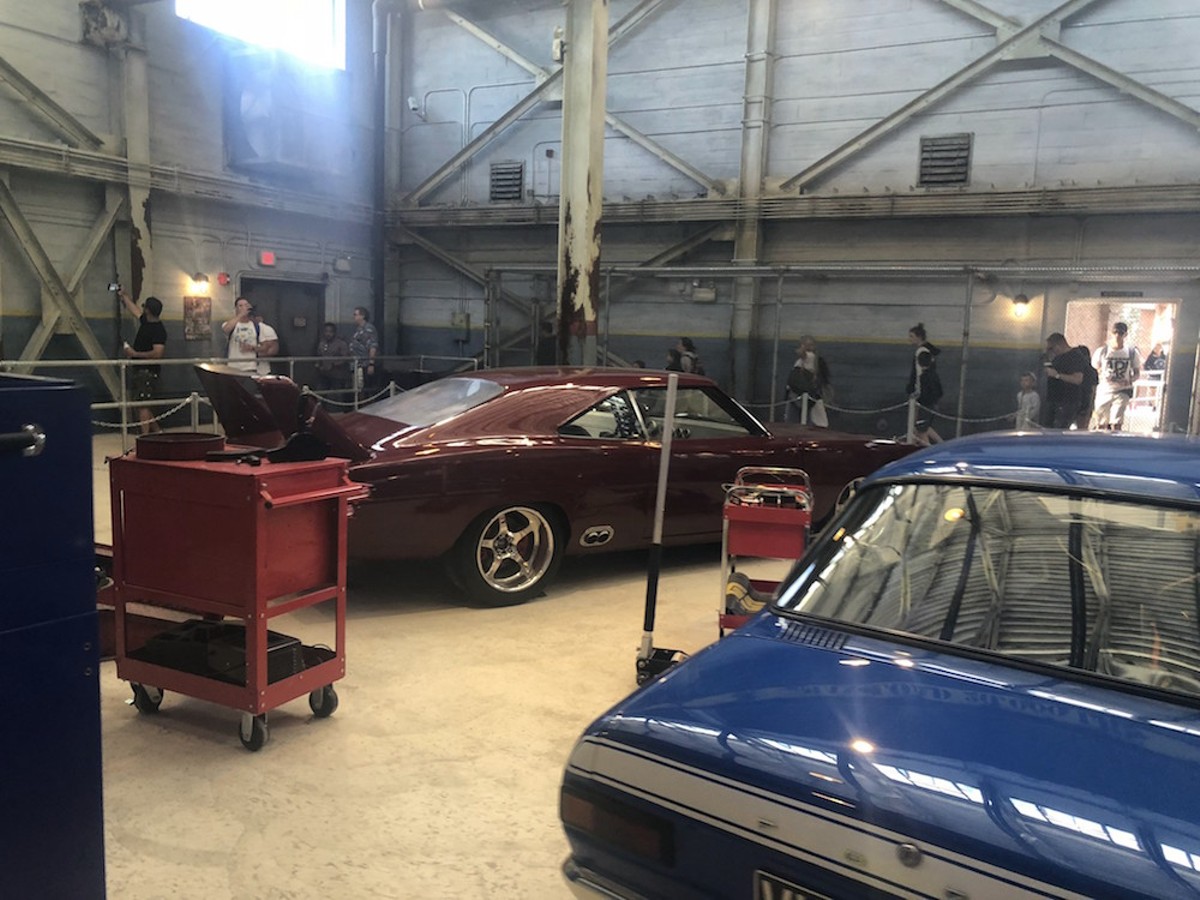 Last month, I made my first visit to California's Disneyland Resort since the Twilight Zone Tower of Terror at Disney California Adventure was re-branded as Guardians of the Galaxy – Mission: Breakout, and I was primed to pan the updated attraction as a cynical cash grab. But despite my reservations, Rocket Raccoon turned out to be a surprisingly worthy successor to Rod Serling, demonstrating that a hit franchise's followers can be satisfied through creative recycling.

I was hoping I'd be able to say the same about Fast & Furious: Supercharged, which Universal Orlando declared officially open in late April, prior to the May 2 media debut. After all, the new Universal Studios Florida attraction adapts another 360-degree simulator from Universal Hollywood's Studio Tram Tour, just like the Skull Island: Reign of Kong ride in Islands of Adventure that I quite enjoy. And it implements the second iteration of Universal's innovative Virtual Line system introduced with last year's Race Through New York Starring Jimmy Fallon attraction, which features some of the finest preshows in any park.

So based on Universal's recent track record, I had hopeful expectations as I headed to the park mere hours after disembarking my red-eye flight from LAX to attend one of the first public "technical rehearsals" of the new attraction.

Guests enter Fast & Furious: Supercharged through a brick facade inspired by San Francisco's historic Oriental Warehouse, which showcases an impressive collection of authentic muscle cars that will make gearheads weep with envy. Anyone who isn't into exotic automobiles may feel like they're stuck in their local garage waiting for a lube job; they can amuse themselves by hunting for hidden references in the queue to the Beetlejuice and Disaster attractions that previously occupied the area.

Rather than use Fallon's free-form system of waiting-room entertainment, Supercharged sends groups of riders through a pair of structured preshows, each featuring a live host interacting with prerecorded video footage of series co-stars Tej (Chris "Ludacris" Bridges) and Mia (Jordana Brewster).

Then it's time to board the tricked-out 48-passenger "party bus" – complete with blinking colored lights – that's supposed to inconspicuously whisk riders to an underground post-race rave without being seen by the FBI.

The franchise leads finally show up in the form of Musion "holograms" similar to those in the Harry Potter rides, with digital doppelgängers of Dom (Vin Diesel), Letty (Michelle Rodriguez) and Hobbs (Dwayne "The Rock" Johnson) vowing to protect partygoers from Fast 6 villain Owen Shaw (Luke Evans). The finale is a 90-second virtual high-speed highway chase that culminates in a nitro-fueled leap from a bridge, all simulated with wraparound screens, motion platforms, and excessive quantities of fog and water.

To say I was underwhelmed by my first experience with Supercharged would be an understatement. Just in case my initial reaction was due to jet lag and mechanical mishaps, I made a point of returning after it formally opened for a second judging.

Unfortunately, after more than a half-dozen viewings, I'm ready to declare this ride Universal's biggest misstep of the decade. It's easy to simply dismiss Supercharged by quipping (a la SNL's Linda Richman) that "Universal's Fast & Furious ride is neither fast nor furious – discuss." But this attraction's failures, along with its successful elements, should be analyzed if themed entertainment is to be taken seriously as an art form.

In brief, while Skull Island took a segment of Hollywood's Tram Tour and transformed it with meaningful additions, Supercharged was merely transplanted with the minimum enhancements possible. There is some excellent scenic design in the ride, especially in the impressive alleyway set, and the finale tunnel improves on Kong's technology with a front screen, which can only be seen from the front bus (stick to the left lane at loading and angle for the middle of a row for the best view). But Supercharged gained no coda to compare with Kong's ape animatronic, and the celebrity performances are so apathetic that the cringe-worthy preshows (which have no repeat viewing value, unlike Fallon's) are literally phoned in. Finally, the big climax lost a dimension in the trip from California by abandoning the 3D glasses; without them, it's even more apparent how flat and waxy the videogame-like visuals look.

Ultimately, I think Supercharged is doomed to disappoint the fans who have made Fast & Furious a $5 billion-plus worldwide franchise: They go to the movies for vicarious thrills, and visit the parks for visceral ones. I repeatedly watched guests enter the attraction energized, only to emerge looking like Vin Diesel just drove over their cat. If anything good comes out of Supercharged, it should be the end of Universal's overreliance on projection screens. The Harry Potter and Nintendo attractions en route will purportedly primarily use physical figures and sets, hopefully making Fast & Furious the final motion simulator we see at Universal for some time.