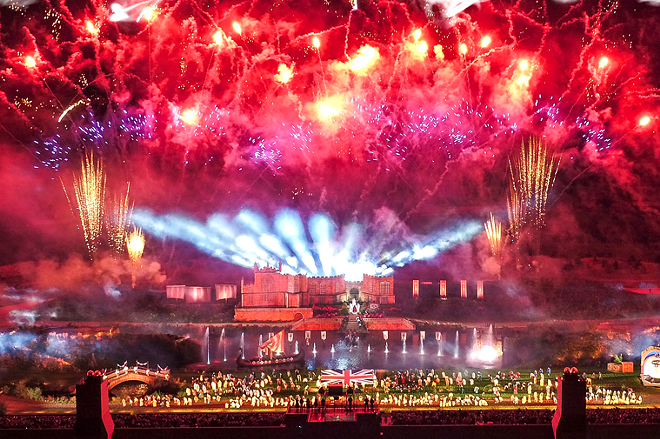 Disney's push into fully immersive experiences began earlier this month, with the opening of their Star Wars-themed hotel in Orlando. While certainly the most high-profile example, Disney’s push into truly immersive themed entertainment comes on the shoulders of a far-less-known French theme park company that has been impressing with its ability to transport guests into fantasy worlds on a scale like no other.

After developing some of the largest attended spectaculars in history, Puy du Fou  is now looking to expand globally, including a potential location near Orlando.

Puy du Fou began as a play but soon morphed into something far larger. Today, that original play, the Cinéscénie, is billed as “world's biggest night-time show” and includes over 2,500 actors across a performance area of more than fifty acres in an amphitheater that can seat 13,000. In total, the original Puy du Fou now includes multiple other shows, period villages, and more than half a dozen on-site resorts, all custom designed and built with authenticity in mind.

Breaking from what typically defines a theme park, Puy du Fou doesn’t rely on imagination and fiction but instead focuses on recreating iconic moments in French history as authentically as possible. An odd mix between Epcot and the Holy Land Experience, Puy du Fou has proven popular with guests of all ages despite the lack of rides, carnival games, and other theme park staples. 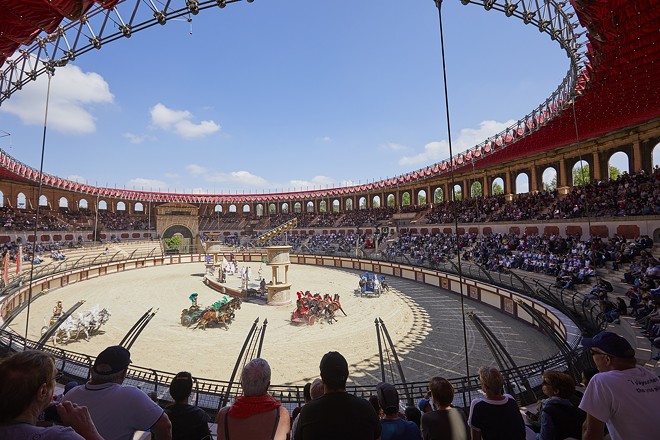 After decades of building one of the largest shows in history, Puy du Fou began taking their expertise around Europe, overseeing a new show for a theme park in the Netherlands and developing the popular British spectacular, Kynren - an Epic Tale England. In 2019, the company opened Puy du Fou España with a nighttime show, "El sueño de Toledo." Last year, that attraction expanded into a full theme park with four additional shows, a period village, and a crafts village. 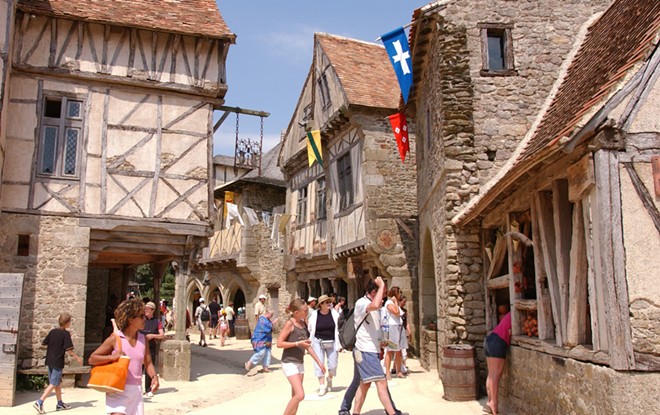 In France, the main park is also home to six hotels, each with a theme from a different century of French history. Guests can stay in tent-like structures in a resort themed to the Field of the Cloth of Gold, a Roman villa, or even a recreation of Louis XIV’s residential château. 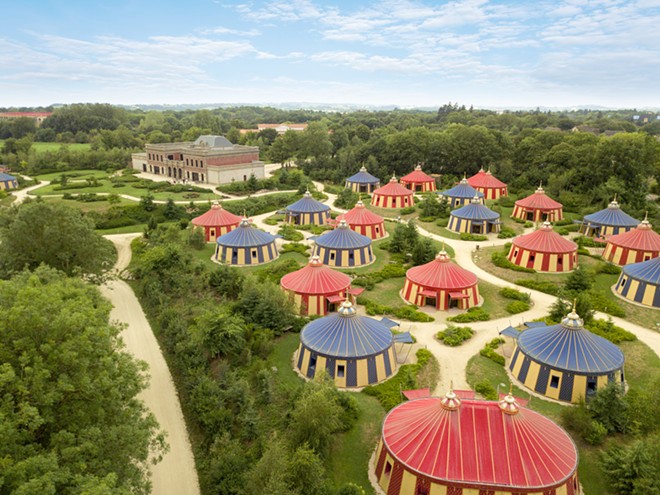 Image via Puy du Fou
Le Camp du Drap d'Or, a resort at Puy du Fou themed to the 1520 summit between King Henry VIII of England and King Francis I of France

A third location is in the works in China, and the company previously expressed interest in North America. Now, as they begin to roll out their plans that have been slowed the last few years, we’re starting to learn more about what may be in store with Puy du Fou’s expansion plans.

Theme park news and rumor aggregator site Screamscape reported in early February that the company had been eyeing a potential site for its first Western Hemisphere park on a large plot north of Daytona Beach. Then in late February, reporters with Knoxville’s ABC affiliate confirmed a meeting was scheduled between representatives of Puy du Fou and the Eastern Band of Cherokee Indians, who are currently developing a large mixed-use resort project near Pigeon Forge. A few days later, Screamscape stated a third site near Nashville was also being considered, with the possibility of multiple Puy du Fou attractions being confirmed for the U.S. by the end of the year. 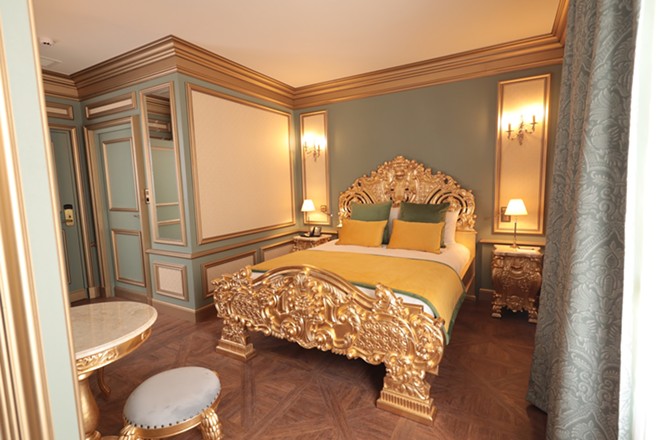 In a move similar to their locations in France and Spain, the sites in Florida and Tennessee are adjacent to other major attractions but far enough away not to compete directly with them. This is the same model Merlin has successfully used with its Legoland parks.

There are no details on what a U.S.-based park would focus on, but Florida was once filled with similar attractions, albeit on a far smaller scale, that focused on the Wild West, Seminole villages, and early European settlers. While many of those attractions closed in the wake of Orlando’s growth, the ongoing success of places like St. Augustine and Tarpon Springs show there’s still interest in Florida history. After success across Europe, Puy du Fou may soon bring its mesmerizing magic to Central Florida, giving the area a multi-day immersive experience that doesn’t include middle school hallways and knock-off video games. 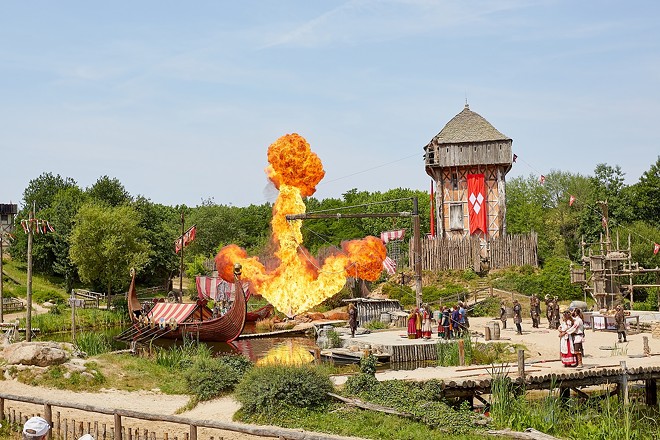