Step into the light

Casselberry can get lost in that netherworld between Maitland and the great out-there; snarled in traffic, its chief landmark has long been the dilapidated Orlando Jai-Alai fronton on 17-92. The Casselberry Art House, a midcentury residence the city converted to an experimental gallery some time ago, was once a lonely outpost, but the city has finally given this jewel a cultural setting: Lake Concord Park, still a work in progress. Artists used to be some of the few non-locals trekking out to the Casselberry Art House for its offbeat shows, but it isn't such a secret anymore, now that Lake Concord Park is aiming to become Casselberry's cultural center. On the evening of April 16, the city will host IlluminART: Spotlight on Sculpture, a temporary installation featuring six local artists' lightworks joining the park's permanent sculptures.

"We already have a fine permanent collection at the lake," Casselberry recreation manager Linda Moore said as she showed us around last week. "It will be exciting to add a few more that incorporate LED lighting, projections and other effects." Marcos Cruz, Marla E, Jeff Hoffman, Susan Menand, Amy Wieck and Bianca Braga are included in this new crop of artists expanding the Art House's experimental nature.

The new works are temporary – for "about a week," said Moore, when asked how long viewers can see them. Some of them will play off the permanent sculptures as well, giving them a light treatment visible after the sun goes down. Marla E, whose work appears in the Mayor's Gallery in Orlando City Hall, will install a colorfully glowing "Cube" sculpture, and Jeff Hoffman will illuminate an ice sculpture that will slowly thaw and inseminate the earth with seeds. (These were revealed to us by Art House staff; other sculptures will remain a surprise for viewers at the event.)

The permanent work installed in the park by 12 different artists is also worth visiting, including a colorful 1960 mural by Cuban artist Antonio Martinez Andrés (it was rescued from a bank that the State Road 436 construction project gobbled up) and sculptures by well-established local artists Chris Scala, Jacob Harmeling and Johann Eyfells. 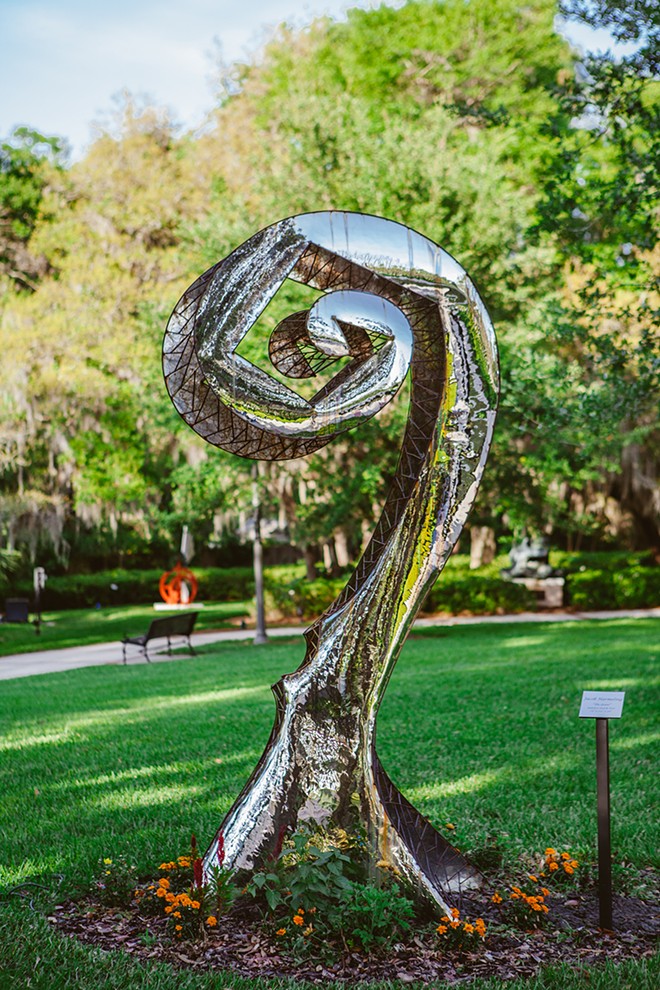 "The Giant," by Jacob Harmeling

With 17-92 thrumming safely in the distance, the city hopes this park will grow as a cultural hub. It has a lot going for it – shade, a boardwalk around a little lake and various recreational structures. (Threatening the tranquility is an adjoining $34 million mixed-use complex now under construction, complicating the parking situation.) In the art spaces of Central Florida, Casselberry is joining other cities in the mission to share art with the public. It's high time.