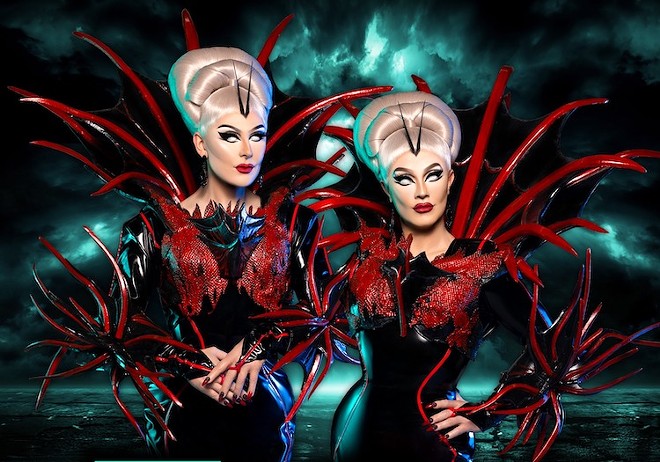 Drag royalty the Boulet Brothers are taking their horror-drag reality contest Dragula on the road next year, and in particularly spine-chilling news the kick-off date is in Orlando.

Dragula Titans is a spin-off from the flagship Drgaula program, wherein all-stars from past seasons compete for the tittle of 'Dragula Titans Supermonster.'

The Boulet Brothers debut their live Dragula Titans tour in Orlando on April 8, 2023 at the Plaza Live. The tour will then criss-cross the U.S. before heading on to Australia and New Zealand.

This is the only Florida date on the entire run, and it makes sense in that Orlando drag performers Victoria Black and Dollya Black have both been contestants on the show. Victoria Black, as well, can be seen on the current season of Dragula Titans airing on Shudder, where she's currently ferociously holding her own six episodes in.

Tickets go on sale Friday, Dec. 2, and you can snap up tickets through the Boulet Brothers' website.

In the meantime, the Black Haus Creature Feature nights have moved from Southern Nights to the Renaissance Theatre, where you can find the family ever Tuesday night.