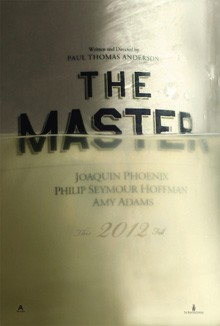 This week in movies fucking sucked and I don't want to talk about it. I stopped paying attention to Twitter and blogs on Friday morning, so this week is soft on links. When I went to sleep on Thursday night (well, Friday morning), the story was "unconfirmed shooting at Batman screening in Denver." I know a lot of people in Denver, so the thought set off rage. When I woke up in the morning, it was "massacre at Batman screening in Aurora." I honestly thought it was going to be a bunch of assholes fighting over texting or something equally as stupid. Whatever. There isn't anything new to say about it, so let's move on.

-Hayao Miyazaki's next film as director will, according to rumors, be a biography of  Jiro Horikoshi, who created the Japanese Zero. Despite the havoc the fighter planes caused the Allies in WWII, I expect a measured hand from Miyazaki, who is nothing if not incredibly thoughtful about the impact his stories have. (Twitch)

-Kino Lorber has their own Hulu channel to go along with Criterion's now, so Hulu+ is definitely worth the money. (Hulu+)

-Go on a video tour of the Moonrise Kingdom locations in Connecticut. There's likely only one week left to see it at the Enzian before it clears out for Beasts of the Southern Wild. (YouTube)

-Here are some pre-production thumbnails from The Incredibles by Pixar's Victor Navone. (Flickr)

-I thought Ed Catmull just scored a really hot, way younger, kinda nerdy date at the Oscars earlier this year, but turns out it was his daughter, Jeannie Catmull, who has been interning at Disney and shares her experiences. (Big Screen Animation)

-I think Nikki Finke is secretly a vampire, which is why no one must know where her lair is, or people might show up with HMI lights and sun guns and turn her to dust. She and Bret Easton Ellis should just make a buddy sitcom together already so I can ignore them in peace. (THR)

-Scott Weinberg responds to Kevin Smith's moronic tirade about critics not having balls or some such nonsense. This is a man whose career was built out of getting a couple of early positive reviews. Without those, none of use would even have heard of him. I would echo a lot of Weinberg's sentiments, especially the opening graf, but his math on 80% of short films being bad is low by probably 17% -- and I include the handful I've helped make over the years, which are all pretty shit. (Twitch)

-The wonderful Ad Lucem, by Ghislain Avrillon, about a vampire who quests to see the sun. (Cartoon Brew)

-Robbie, about the last robot stranded on a space station. (i09)

-The fast food-alien thriller, Branded, with Max Von Sydow and Leelee Sobieski (where has she been lately?). (First Showing)

-The teaser poster for PTA's The Master, which is now in the can and rated R. I have no idea what the hell its supposed to be but it's well done anyway. I keep staring at it. (Moviefone)

-The Master also got its first full trailer this week. Guh. (Yahoo)