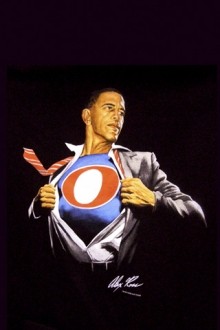 The holiday news lull is officially over, and we're back into the swing of things with a ton of news and links this week.

The biggest film news of the week might be that The White House seems to be siding with the "tech companies" (aka everyone in the world who doesn't draw an above the line paycheck from a major studio) in regards to the two terribly overreaching bills that are to be debated in the House and Senate that aim to stop piracy by holding basically the entire internet hostage, SOPA and PIPA.

Of course, it's also Golden Globe weekend, with the awards show airing tonight on NBC. (Not a shock: Uggie will be at the awards, expecting to pick up the Best Comedy Globe, and steal the show no doubt.) My heart is with Hugo and Midnight in Paris all night long, even if the Globes are a complete and utter sham of an award.

-More guild noms: first the DGA. With no Señor Spielbergo (probably rightly so, thinking about War Horse) I think Marty or Alexander Payne takes it. (DGA)

-Second, the ASC. Cinematographers are weird and possibly have the biggest egos in Hollywood, so I have no idea who will win, but I would have a hard time voting against The Tree of Life even if I were seething with bitterness about not being nominated myself. (ASC)

-Let /Film's Peter Sciretta completely school you on what is and isn't IMAX. For my own part, I'm a giant baby and get motion sick in IMAX theaters, so I can't partake in the hugeness and am not sure which theaters are genuine HUGE IMAX and which are IMAX Digital in Orlando. (/Film)

-Is there a such thing as a movie that shouldn't be remade? Is anything so sacred that it should never be touched? It's a good question, and Matt Singer frames it right. To add to his list, The Maltese Falcon we know and love was the third version of the story filmed, while the most famous version of A Star is Born (the Judy Garland-James Mason version) is the second of three. But the perspective problem for most of us on those films, and on The Magnificent Seven and A Fistful of Dollars is that they were made so long ago and in every case I saw the remake before seeing the original just because that's how it happened. (IFC)

-I don't expect anything better to come out of the Supreme Court case about the role of the FCC going forward than Elana Kagen's line, “it’s like nobody can use dirty words or nudity except for Steven Spielberg.” Ask Margot Kidder how Spielberg feels about public nudity. (NY Times)

-What's this? Putting a ceiling on ticket prices to make them affordable in a country where movie piracy ravages box office receipts? What a novel idea. Thanks... uh... oh, it's China, not American. Dammit. (Deadline)

-The Wrap talked to six "experts" about how to fix Hollywood and none of them said movie tickets cost too much. Tickets in Orlando will probably be $11 by this time next year, while prices are almost $14 a ticket in NYC. (The Wrap)

-People really seem to love all of those AMC original shows, but I just can't get into any of them. I don't know why, they just don't do anything for me. I've tried. Anyway, I'm reasonably sure that they have one more show in development that I'll never watch: Goodfellas. Yeah, that Goodfellas. As a TV show. Sigh. (Vulture)

-The Alliance of Women Film Journalists put out their best of list, and it's an interesting one, with categories like "Actress Defying Age and Ageism", "Actress Most in Need Of A New Agent" and "Best Depiction Of Nudity, Sexuality, or Seduction", which was a tie between Melancholia and Shame. Right on. (Movieline)

-The opening sequence of The Girl with the Dragon Tattoo was easily my least favorite part of the film, but people seem to like it an i09 has an exclusive on how they made it. (io9)

-Maybe I need to read i09 more because just following a link for that, I found two other interesting pieces. The first, a selection of sci-fi films to look for this year out of Sundance. Robot and Frank seems to be the best bet because, as they point out, it's frigging Frank Langella and a robot. Y'know, something just fit together, and that's that. (i09)

-The other one was a list of "flops" that people don't know were actually hits. Not quite, honestly. Some of the older films, maybe. A few of the newer films, so much of the first dollar take is split up between back end gross points, theater take, negative cost and prints and advertising that a film doesn't start to show a profit to the studio until it doubles it's production budget. So, if you spend $50m on a picture, you start to see profit after around $100m. Of course, no film in Hollywood history has ever shown this magical thing called a "profit", not even Harry Potter or Titanic, so... (io9)

-Much like the black Spaceballs, these cops ain't found shit about Natalie Wood. (TMZ)

-So, documentaries can't be nominated for an Oscar without having been reviewed in the NY Times or LA Times. This is the first time in it's existence that the LA Times has been important. Tear. What a stupid rule. (The Guardian)

-Is Paul Thomas Anderson's The Master shooting on 65mm film? The Pixar guys seem to think so and geeked out about it on Twitter. (Movieline)

-Here is the first set of stills from The Perks of Being a Wallflower. Logan Lerman is not scrawny enough for the Charlie I pictured in my head. (IMDb)

-V for Vendetta (the comic, not the movie underline) creator Alan Moore stopped by an Occupy Wall Street camp to chat with a bunch of kids wearing the mask he made famous. (IFC)

-The judge who declared Deep Throat obscene, Joel J. Tyler, died at age 90 this week. I'm sure he's thrilled his lasting memory is intertwined with Deep Throat. It's worth a click just to see the great still of protesters picketing the Frisco theater in New York the late 1970s. (NY Times)

-Ed Vulliamy wonders if the UN has learned anything from the story of the Bosnian war sex slave trade filmed in The Whistleblower. (The Guardian)

-Quentin Tarantino's top 11 of 2011, wherein he takes Kevin Smith fully and gently into his mouth and swallows. (indieWire)

-Finding Nemo in 3D. Andrew Stanton washes his hands of the whole thing. In reply to the question "Will we see a 3D release of WALL•E?”, he Tweeted, "If it happens I had nothing to do with it (like Nemo.) not that into 3D." (IMDb)

-The poster for Detachment, with Adrian Brody and... holy shit, Christina Hendricks really is in every movie ever. (Movieline)

-...and the trailer for Detachment. (Apple)