Selections: Our picks of the week's best events, Sept. 23-29 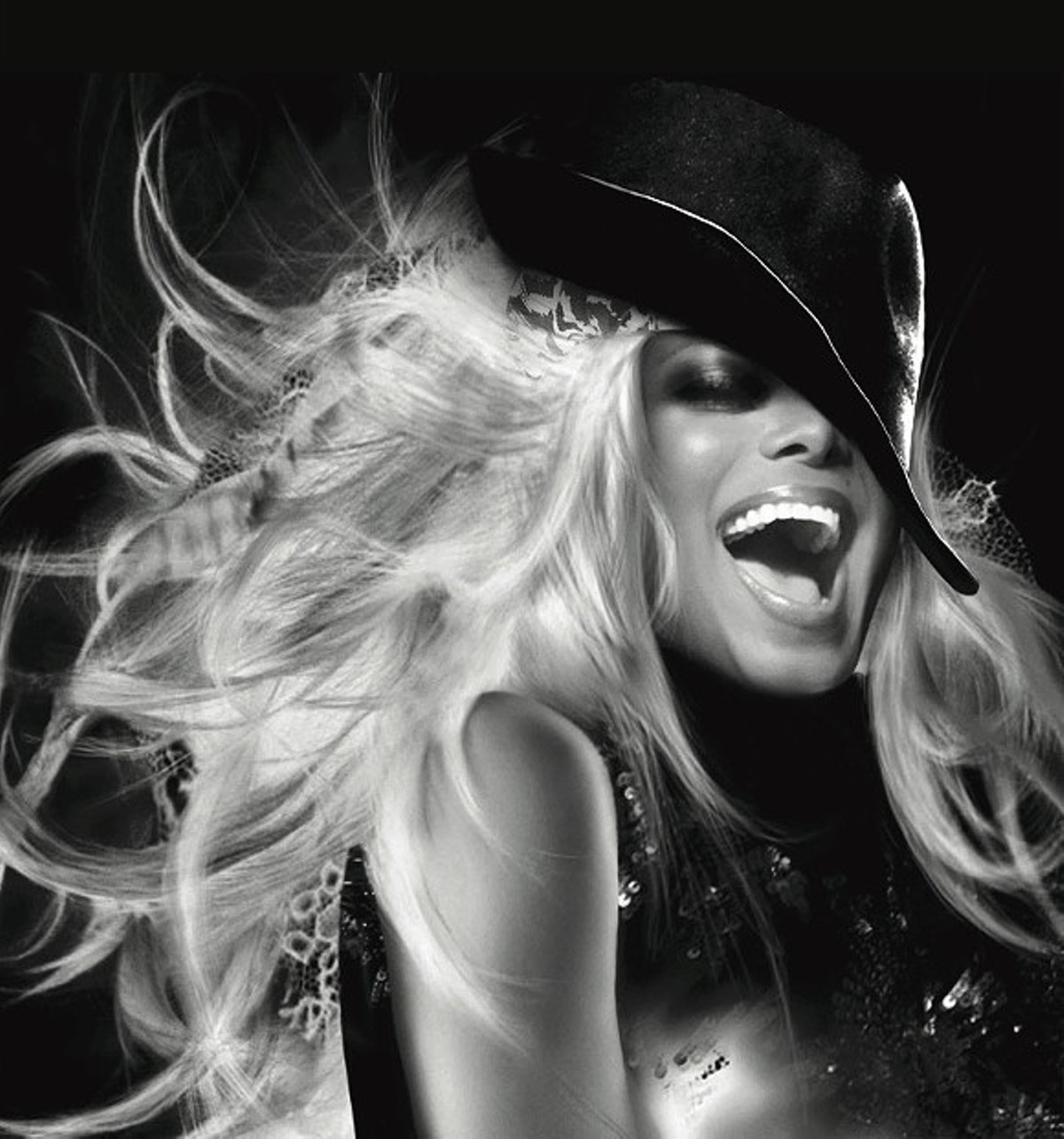 Wednesday, 23: Janet Jackson [MUSIC] With her new tour kicking off to an exciting start last month, things are looking pretty good for pop music icon Janet Jackson. Due out Oct. 2, Unbreakable, Jackson's first release since 2008's Discipline, is promised to be completely different from the pop star's past music by being far more emotional than anything she's ever released before. Citing her relationship with her fans as the inspiration behind her newest release, Jackson will inspire you with the energy of her voice and glamour of her live performance. Comeback single "No Sleeep" – Jackson's direct response to fan clamor for a comeback – successfully combines Jackson's seductive R&B sound with a fun cameo from J. Cole. Witness Jackson's amazing show and lose yourself in her passionate sound – the pop star's ready to work her way back into our hearts and will be sure to do so. – Ashley Rivera Mercado

Thursday-Friday, 24-25: Winter Park Writers Festival [LITERARY] You want writers? They got writers. You want workshops? They got those too. You want – hold your breath – a poetry-versus-prose battle royale? Well, hitch up your britches and saddle up, cowboy, because you're headed to the Winter Park Writers Festival. The three-day festival at Valencia College features student-oriented activities like workshops led by local authors Ilyse Kusnetz (Small Hours) and Cate McGowan (True Places Never Are), and a master class by poet Brian Turner (My Life as a Foreign Country). For the unenrolled among us, there's a free (RSVP required) evening reading on Thursday from those writers and a slam hosted by There Will Be Words that pits slam poets against flash fiction prose writers in a showdown liable to upend local literary discourse for at least days to come. Be there or be gauche. – Bernard Wilchusky

Thursday, 24: Second Harvest Chef's Night [FOOD] Few things combine so well as the replete feeling of a belly filled to bursting and the smug sensation of knowing you've Done a Good Thing by donating to charity. We don't mean that to sound sarcastic, truly; the Second Harvest Food Bank is one of the most deserving organizations in this town, and if you can nibble your way through multiple courses of gourmet cuisine and cocktails while helping them help the hungry, everyone wins. This edition of Second Harvest's monthly Chef's Night features the handiwork of the talented cuisiniers of Highball & Harvest and Whisper Creek Farm. Somewhat removed from their usual schmancy environs at the Marriott Grande Lakes, chefs Nathan Hardin and Jadan Sheive come to the food bank's community kitchen to present four courses of farm-to-table goodness; proceeds from the event support Second Harvest's Culinary Training Program. – Jessica Bryce Young

Friday-Sunday, 25-27: The Shift [DANCE] There's a thriving modern dance scene in Orlando, and this annual collective show is the best way to get up to speed on a great many of your local movement troupes in one fell swoop. Companies involved in this year's performance include the Afro Latin Dance Project, AHHA Dance, the Coby Project, Dawn Branch Works, Emotions Dance, Explore Dance and Theatre, Moving-Dance, Red Right Return, Still, Works by Ariel Clarke and Yow Dance. The dancers present choreographed works along with improvised and aleatory pieces; what they all have in common is the desire to shift your perspective on what dance is and can be. After each show, a question-and-answer session allows the audience to learn more about what they just saw. – Jessica Bryce Young

Friday, 25: Big Bang Boom! Cabaret: Literary Icons [DANCE] We've never been the type to need telling that books are sexy. We're usually the ones who hope that a well-stocked and -curated bookshelf is as much of an aphrodisiac to potential mates as it is to us. So when we heard that Big Bang Boom! Cabaret was planning a burlesque show themed around literary icons, fantasies we'd kept secret for years sprang to mind. Fan-dancing Hemingway? Sexy Sylvia Plath? Proust with pasties? It turns out that most of the acts will be portraying sexy versions of works by famous authors rather than sexy versions of the authors themselves, though. But with a lineup inspired by wordsmiths like H.P. Lovecraft, Ian Fleming and Ira Levin, there's sure to be enough ribaldry from R'lyeh and bondagey Bond to keep both bibliophiles and boobophiles captivated. – Thaddeus McCollum

Saturday, 26: Barktoberfest [EVENTS] Besides having a name like Barktoberfest that reels you in, this event at Lake Eola has two things going for it: cute pooches ready to find their forever home and scrumptious food truck delectables waiting to be devoured (by humans). Barktoberfest isn't just about getting lost in puppy dog eyes, however. It's a celebration by Orange County Animal Services and the rescue community. OCAS works with over 80 rescue groups, and together they recover and find homes for many homeless animals. Barktoberfest will feature dozens of these animals available for adoption. Other services provided at the event are microchipping and rabies vaccination. Pet-related vendors will also be in abundance. Food trucks, such as Allan's Jerk Shack, Kong Dog and Pop Craft Pops, will be there ready to re-energize you for when those furry friends tucker you out. Last year's Barktoberfest drew a crowd of roughly 10,000 people and successfully raised awareness about animal rescue, and provided homes to more than 50 animals. – Marissa Mahoney

Sunday, 27: Soda [MUSIC] Welcome Gainesville's weirdest punk band, Soda, to Orlando's best punk venue alongside notable local punks Manic & the Depressives and False Punk. Soda's somewhat under the radar for Orlando ears, having released just one two-song EP that we can find, but the intrigue is plenty within that pair of tracks. The bizarre sludge slick of "Lisa Asks the Questions" rocks with alien vocals and perfectly encapsulates the thrashing abandon of restless boredom. The next track, "T.V.," slows it down to lend a more subdued yet Kim Gordon-esque vocal delivery that draws any ear that seeks a stranger sort of revelation in the sounds they stuff into their heads. They'll be filming a music video for Soda as well as a scene for an indie video called "Colonialtown Babylon" by noted local filmmaker Kate Shults. Go add your flicker to this peculiar flame. – Ashley Belanger

Tuesday, 29: Global Peace Film Festival Opening Night [FILM] It's a trope at this point: an earnest musician onstage before a mass of people as reward for his emotional struggle to get to the spotlight. It usually doesn't make mountains out of goosebumps anymore, though – at least not the way that Global Peace Film Festival's kick-off film, Landfill Harmonic, does. It's a powerful documentary that discovers 2,500 families living in a trash heap in Paraguay and profiles a group of young musicians among them who create instruments from garbage. The group gains worldwide fame with their passionate performances, upcycling their lifestyles in a significant way. You can catch it later on in the week for $8 at Premiere 1 Cinemas (8 p.m. Wednesday, Sept. 30), but opening night of the film festival – which opens hearts to empathy, forces necessary questions and basically combats evil – is when you can see it free with a litter of other earnest film-lovers on the Rollins lawn. – Ashley Belanger