Selections: Our picks of the week's best events, July 20-26 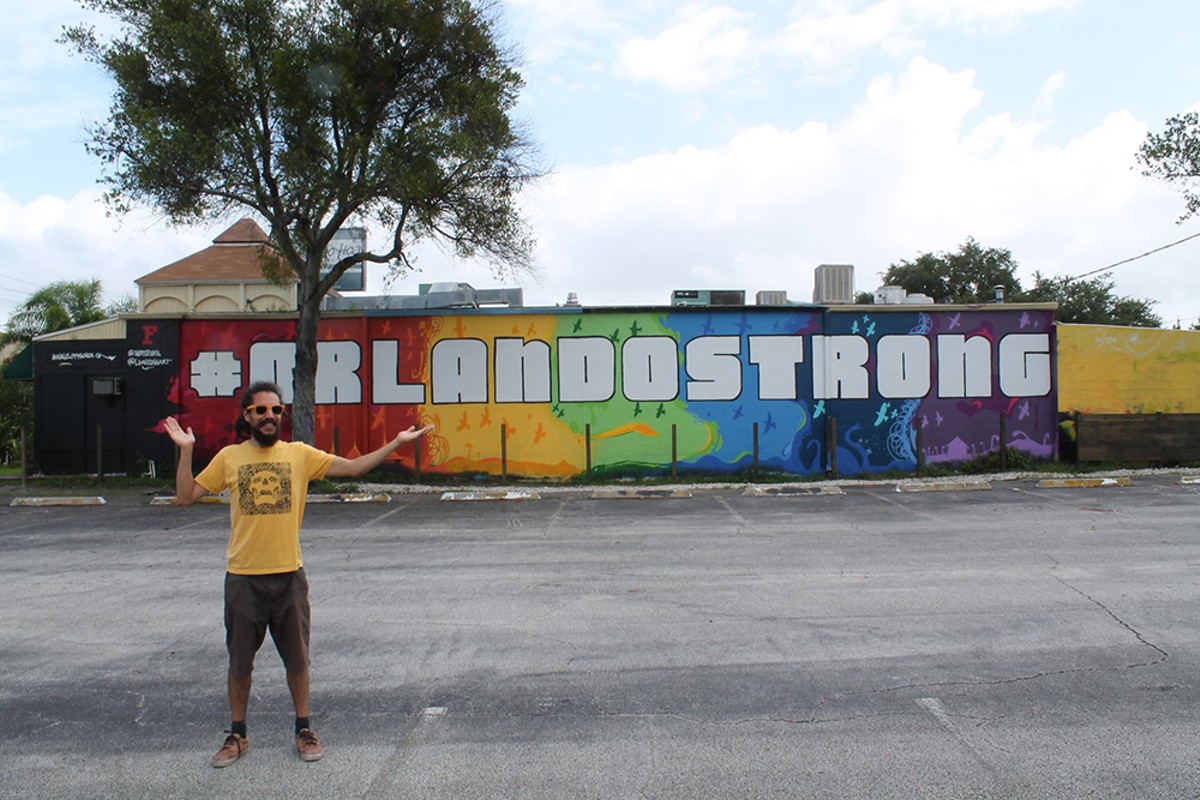 From the walls at Pho Hoa to the downtown Orange County Tax Collector's Office, artists Luce Sky and Heps Fury have collaborated on iconic graffiti pieces in Orlando to remember the 49 victims and to remind everyone in the most colorful way possible to stay united. This just makes it all the more exciting when you learn these two talents plan to battle to see who can create the best Salvador Dalí-themed mural on the walls of Pho Hoa. Both artists will have 48 hours to complete the mural starting on Monday, June 18, and then you get to vote on the best one when they're done at 9 p.m. on Wednesday. Fellow artists Danny Rock, German Lemus, Chaya Av Remer, Joe Starkweather and Phelo Alonso will also be painting live. There's cash on the line, so go vote in person to make sure your vote counts. – Monivette Cordeiro

The Daily City's annual Cardboard Art Festival is one of Orlando's signature art events, and it returns for its fourth year beginning this weekend. Parties, performances, gallery viewings and special events for kids take place over the next two weekends in two large storefronts at the SoDo Shopping Center. This year brings a new Junior Gallery, where all the young artists' creations are displayed. The Interactive Cardboard Mural returns too, only this year it'll be in both the Junior and the Main galleries. Cardboard Hearts, a night dedicated to SoDo and Pulse at which you can participate in making and decorating memorials, takes place Thursday, July 28. From local students to Peruvian artist Romina Pezzia, the artists participating in the festival come from all over to share their cardboard creations with the public, and while some people might take the medium for granted, these artists certainly don't. – Jarleene Almenas

Strange Angels: Music of the Spheres

If you haven't already heard of the newest cultural venue in Winter Park, Blue Bamboo (and it's likely you haven't, since they opened just five nights ago), here's their mission statement: "Supporting the artists of today and educating the artists of tomorrow." Hmm, pretty dry, but a worthy undertaking, to be sure. Tonight's show features one of the driving forces behind getting this place open, local composer Mark Piszczek, with his group Strange Angels, which includes local jazz cats Doug Mathews, Marc Clermont and Ed Krout: "We will be exploring musical soundscapes, free improvisational inventions and some damn catchy tunes by yours truly, Carla Bley, and Charlie Mingus. If you love the ECM record label, you'll almost certainly love our music." Now, even if you don't love the ECM label or know who Bley or Mingus are, this is your chance to experience a brand-new happening right at its inception. You wouldn't want to miss out on being able to say you were there from the beginning, now would you? – Jessica Bryce Young

Gainesville trio Exit Dust (featuring members of Rubbish and Vermin) distinguish themselves in the crowded Florida punk/hardcore field by introducing healthy doses of eldritch, melancholy, gothic atmospherics into their otherwise ferocious punk charge, with nods to early Christian Death and the Super Heroines looming large. For the record collectors out there, there is some sonic commonality with the darker "peace punk" bands of the '80s – including Rubella Ballet, the Mob and Part 1 – but equal affinity to early LA death rock circa the Hell Comes to Your House compilation. Guitarist Daniel Halal's riffs are a wonder, hearkening back to the glory days of Rikk Agnew's reverb-drenched shards of glass, deceptively simple but really an intricate latticework holding the songs together. Over the course of two demos, their songwriting and playing has progressed leaps and bounds, making them one of the best-kept secrets of the current goth-punk vanguard. Live, the sound is more immediate and urgent, so don't miss it. Sleep in the grave. – Matthew Moyer

With a career that spans four decades and more than 20 albums, the Honorable Beres Hammond OJ (yeah, this guy received the Jamaican equivalent of a knighthood for his contributions to Jamaican music) is a living reggae legend. Known mostly for his work in lovers rock, a reggae subgenre that tends to eschew politics and Rastafarian symbolism in favor of soulful romantic pleas and declarations, Hammond often has more in common thematically with Sam Cooke than Peter Tosh. Even at the age of 60, Hammond's voice is as smooth as ever, and his most recent album, 2012's Grammy-nominated One Love, One Life, showed a new focus on socially conscious empowerment anthems, proving that this consummate artist has no intention of stagnating. – Thaddeus McCollum

Bad Santa and the Angry Elves

Despite the humid 90-degree weather, Christmas is coming early this year. Even in vibrantly tacky red and green holiday costumes, members of the Christmas parody band Bad Santa and the Angry Elves are still professional quality performers who have been making music and bringing a rowdy musical holiday spirit to crowds since before 2011. There won't be traditional Christmas carols per se, but there will be rock & roll versions of classics like "Santa Baby" and punk rock originals like "Jump in My Sleigh" and "Magic Santa." Plus, their holiday-themed "covers" of songs by the likes of the Ramones and Rage Against the Machine are not to be missed, even if they rely more on holiday spirit than technical prowess. It's gonna be too hot for tacky Christmas sweaters, so break out the holiday-themed underwear instead to fit right in. – Bridgette Norris

There Will Be Words: A Religious Experience

Local writer Jesse Bradley spends most of his time promoting other scribes at his There Will Be Words reading series, one of the city's best showcases for homegrown poetry and prose. Even tonight, a special edition due to the release of Bradley's new novel, The Adventures of Jesus Christ, Boy Detective, sees him inviting talented writers onstage to share the limelight. The novel – which traces the plight of Jesus after he is forced to inhabit the body of an Encyclopedia Brown-like prepubescent sleuth and solve mysteries with the aid of the boy's uncle, who is also maybe a serial killer – has been generating some promising buzz for its humorously sacrilegious take on an overlooked genre. For this release party, guest readers like Teege Braune, Trevor Fraser and Brianne Manning offer up their own poems or stories that take on religion, a topic that should end up being both thoughtfully examined and mercilessly skewered by the end of the evening. Copies of Jesus Christ, Boy Detective should be on hand, but if you want to get a head start on it, visit Bookmark It. – TM

Harry and the Potters

They're not the Weird Sisters, but wizard band Harry and the Potters are more than enough when it comes to warlock rock. Brothers Joe and Paul DeGeorge have been delivering Hogwarts-themed jams in libraries, rock clubs, basements, bookstores and other low-key locales since 2002. Some of their hits include "Save Ginny Weasley," "Phoenix Tears" and "The Economics of the Wizarding World," the last song being a look into the occasionally nonsensical magical economy of the Wizarding World of Harry Potter. Get to the Orange County Library System's website to RSVP for the concert, or you may end up like Neville Longbottom and miss out on all the fun. You may not be able to bring a lighter to this show, but your trusty wand should do just fine. Lumos! – Harry Sayer