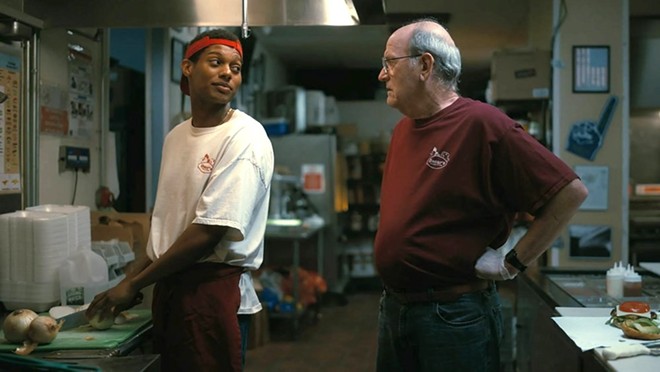 Image via Park Pictures
Shane Paul McGhie and Richard Jenkins in 'The Last Shift'
Update, March 13 | As of Friday, the festival has been postponed indefinitely.

The Sarasota Film Festival, which runs March 27 through April 5 in downtown Sarasota, will open with director Euros Lyn’s Dream Horse (starring Toni Collette) and close with director Andrew Cohn’s The Last Shift (starring Richard Jenkins, who will attend), it was announced Monday.

The 22nd annual festival’s “centerpiece film” will be The Artist’s Wife, directed by Tom Dolby and starring Bruce Dern.

In addition to Jenkins, celebrity guests will include actresses Wendie Malick (TV’s Just Shoot Me and Frasier) and Connie Nielsen (Gladiator, Wonder Woman). All three will participate in the festival’s “In Conversation With” series, while Malick will receive the TV Comedy Icon Award and Nielsen will get the Impact Award.

Cameron Meier
The Sarasota Film Festival
Stay on top of Orlando news and views. Sign up for our weekly Headlines newsletter.