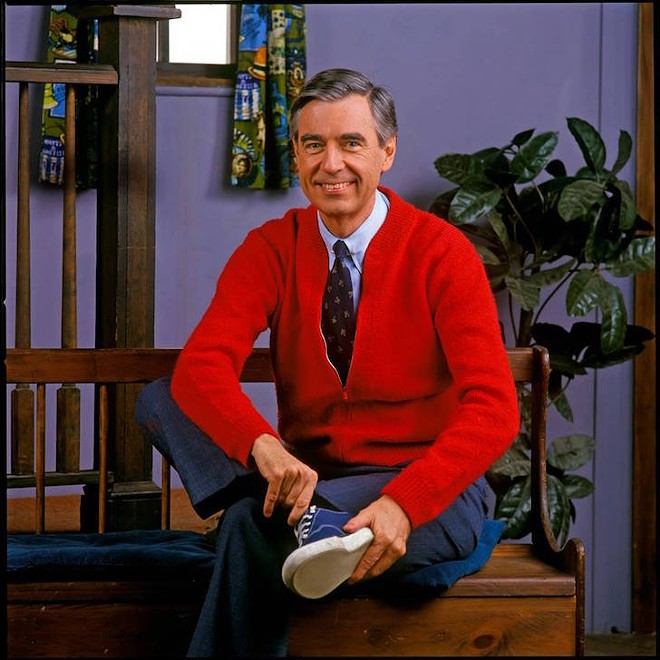 Photo via PBS/Facebook
It's a beautiful day in this neighborhood as Monday marks the 50th anniversary of the "Mister Rogers' Neighborhood" premiere on PBS. Fred Rogers' alma mater, Rollins College, is celebrating by offering patrons a free self-guided walking tour.

The Orlando Sentinel reports the tour starts at the Cornell Fine Arts Museum where Rogers' sweater and sneakers, which he donated to the college in 1991, are on display.

People are encouraged to "walk" in Rogers' sneakers by taking a stroll around campus as he once did.

The stops include: Tiedtke Concert Hall, home to a large portrait of Rogers, painted by local artist Don Sondag; Rogers' old dormitory at Lyman Hall, which features a stone from his hometown in Latrobe, Pennsylvania; Strong Hall, where a marble plaque engraved with Rogers' motivational phrase "Life is for Service," is mounted; and Olin Library, where his personal collection of books, letters and photos are there for all to see.

Admission is free at Cornell Fine Arts Museum, and the self-guided tours will be available starting Tuesday, Feb. 20 through Tuesday, March 20.

"Mister Rogers' Neighborhood" ran on television from Feb. 19, 1968 through 2001. Shortly after, Rogers died at the age of 74 in 2003 due to stomach cancer. He leaves a legacy in Winter Park where his trademark combo of his cardigan sweater and sneakers continue to live on.