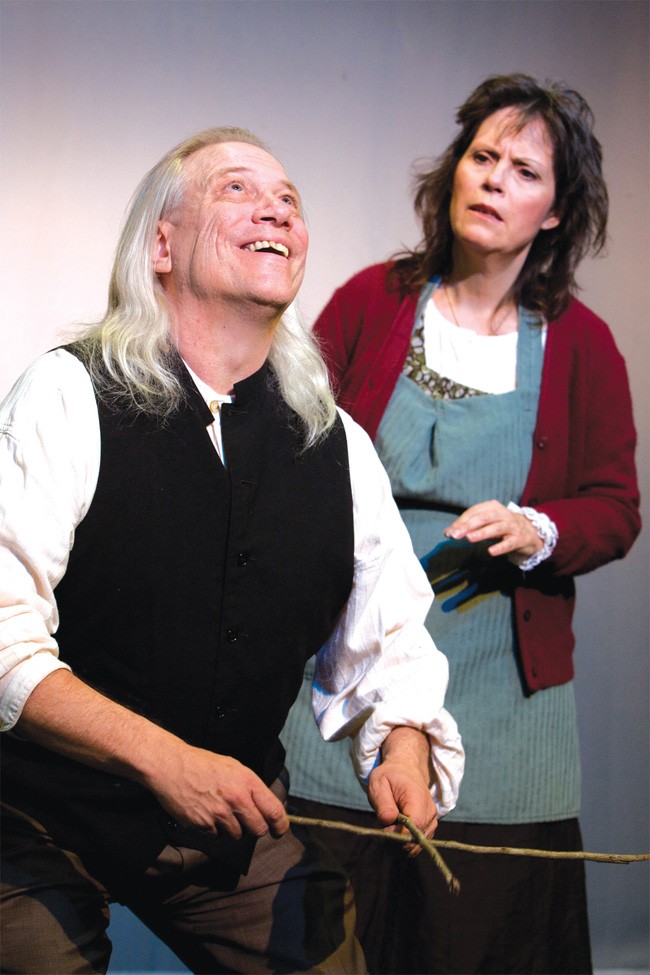 Though suffocating unemployment and social unrest aren’t much fun to live through, at least economic adversity is a great instigator of art. Our ongoing Great Recession hasn’t inspired a Grapes of Wrath quite yet, but if history is any indication, audiences will be flocking to plays about the foreclosure crisis 40-odd years from now.

A perfect case in point is Brian Friel’s lauded drama Dancing at Lughnasa, the latest production in Mad Cow’s Stage Left theater. It’s August of 1936 and Ireland, like America, is in the depths of the Great Depression. In the rural village of Ballybeg in County Donegal, the five Mundy spinster sisters shelter in their modest cottage, taking comfort in the music from their balky but beloved Marconi radio. But set designer Alan Reynolds has symbolically stripped away their walls, exposing the withered landscape and thunderclouds of war looming just outside the door.

This fragile family fractures with the return of a pair of prodigals. First, their revered brother Jack (Bobbie Bell) comes back from a quarter-century as a Catholic missionary in Uganda, revealing that he’s gone native and lost his faith. Then Michael’s wastrel father, Gerry (Connor Marsico), returns, peppering his patter with empty promises of marriage and bicycles.

Friel’s memory play won three Tonys in 1992, including Best Play; so why am I struggling to express how unexpectedly uninvolving I found Mad Cow’s current staging? Near the end, Michael muses that “atmosphere is more important than incident,” and at times that rings true, when director Katrina Ploof evokes the lively dancing and loving laughter that lighten the Mundys’ burdens. But mostly it seems like an apology for the play’s lack of momentum, as characters seem to spend half the script standing still making small talk. Each time a promising source of conflict between characters arises – the girls want to go to the pagan Lughnasa festival against Kate’s wishes; Agnes has a hidden crush on Gerry – it is shuffled offstage without a satisfying resolution.

The play feels perversely paced in a way that drains any potential dramatic tension, to the point of revealing all the characters’ miserable fates long before the anti-climactic ending. And inconsistent accents and periodic awkward pauses lead this show to lack the polish I expect from Mad Cow. On the positive side, there are subtle moments of silent realization from each of the actors (especially Olson and Patterson) that almost make you want to move in with the Mundys, turf-burning stove and soda-bread diet be damned.