Pi Day is for the people 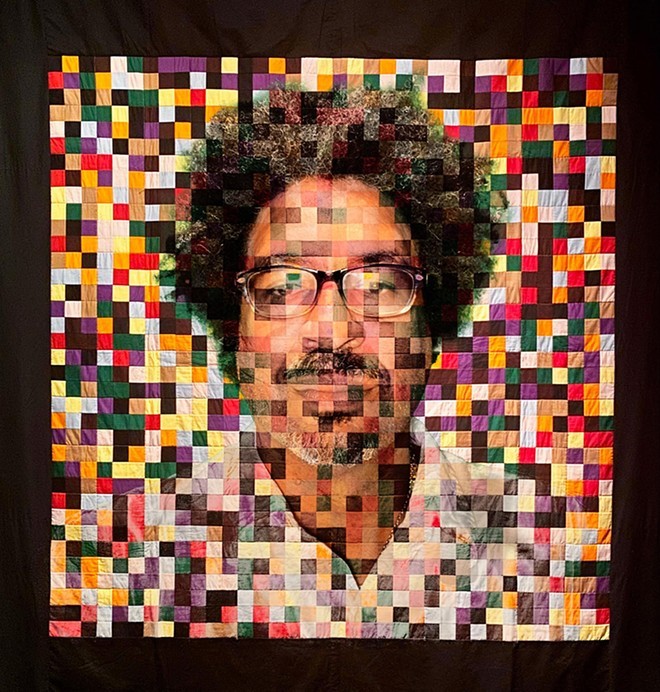 The circle is one of our most celebrated forms. Either as an object of the mathematician's mind or living on the edges of the moon, the circle is simply beautiful and beautifully simple. When you divide its core element (diameter) into its outer body (circumference), you will get something constant and magically special: the birth of Pi = 3.14159…. A non-repeating, never-ending irrational wild number, Pi is endowed with enormous complexity and the capacity to capture the imagination and curiosity of collective minds in search of the truth and beauty of nature, as well as the capacity for human expression through the lens of science, mathematics, and art.

Every March 14 (3/14), we celebrate Pi Day, a national holiday started in 1988 by physicist Larry Shaw at San Francisco's Exploratorium, a museum that interrogates the world through science, technology, and art. In 2009, the U.S. House of Representatives passed Resolution 224, designating March 14 as National Pi Day. The resolution "encourages schools and educators to observe the day with appropriate activities that teach students about Pi and engage them about the study of mathematics.”

Since 2009, Pi Day has become an international event where celebrants eat pies and pizzas, as well as recite the digits of Pi. This geek holiday has gone mainstream with a wide range of events — from the store 7-Eleven running special $3.14 pizza deals to the NASA Pi Day Challenge. I contributed to Pi love fest, too, by creating a collection of Pi-based quilts and the Pi Day anthem, featuring internet sensation and math-musician, Vi Hart.


Beyond Pi, mathematics, in general, should be celebrated. It is a beautiful language and powerful way of thinking that helps us explore the physical world; math gives us the tools to see, understand, and express on levels deeper than our five senses can otherwise access. Alongside that, it is also a pathway to learn to think critically, abstractly, and even creatively.

When liberated from the service of science, mathematics has its own integrity of expression, remarkable landscape, and capacity to inform and collaborate with the creative process across the arts. So Pi Day presents an opportunity not only to celebrate the digits of Pi and all things circular, but also to honor mathematics in a larger cultural context by contributing to who we have become as abstract-thinking Homo sapiens.

Courtesy photo
John Sims's Pi quilts are on display at San Francisco's Exploratorium, where he is artist in residence.

However, there is also an opportunity to go beyond the festivities of Pi Day and reflect on the role of mathematics as a gatekeeper, alienator, and unwitting agent of division and even white supremacy. We see this played out in how mathematics is positioned around the complicated and sensitive issues of intelligence, as well as how mathematics instruction has traumatized millions of students.

It can be seen in how failure in mathematics has dwarfed and diverted the professional dreams of countless people. When you look at how mathematics literacy and achievement are related to earning power and economic mobility, you can see a space that favors some groups over others, and where women, Black people, and even artists are written off from an early age. As long as STEM education, museums, and curricula do not address the political and demographic dimension of this divide in critically actionable ways, then the pursuit of inclusion and real social and cultural justice will ring hollow.

"The most urgent social issue affecting poor people and people of color is economic access. In today's world, economic access and full citizenship depend crucially on math and science literacy. I believe that the absence of math literacy in urban and rural communities throughout this country is an issue as urgent as the lack of registered Black voters in Mississippi was in 1961.”


Mathematics is a parameter of human cognition. Its facility is as necessary as walking through space, as walking through the economy, and walking across the lines of race, class, and gender. This is why it is important to advocate for proactive outreach and creative connective mathematics curricula, where we all are invited and nurtured to sit at the circle of mathematics. At the same time, it is also critical for all of us to understand the importance of being in this circle, and to resist the historical inertia of exclusion and claim space, claim desire, and claim entry.

So on this Pi Day, let us find the circles of unity that connect both halves of our brains, our different cultures, our complex communities, our nation, and our planet as we continue the quilted work of creating and discerning the wonderful codes and patterns of nature. Also, let us reflect on the work needed to increase mathematics literacy for us all. Let us honor the creative nature of mathematics and its connection to culture in inclusive ways as a community and as a culture — because mathematics is for everyone and Pi is for everyone. Pi Day is for everyone.

John Sims is a Sarasota-based multimedia math artist, writer, and activist originally from Detroit. Currently, he is an artist in residence at the Exploratorium for the 35th Annual Pi Day Celebration, and where his Pi quilts and MathArt film will be on exhibition until the end of March.