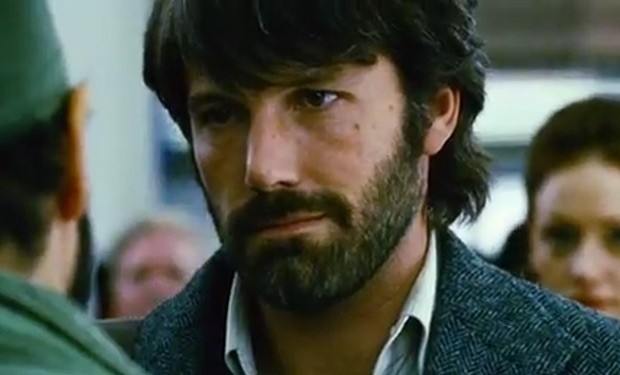 When the nominations were finally announced and broken down it became clear that the two biggest snubs of the year were contained in one category. Both Argo and Zero Dark Thirty were shut out of the category, which counts as huge snubs for their directors, Ben Affleck and Kathryn Bigelow. The issue, I think, with Kathyn Bigelow is that it's an awfully similar film to The Hurt Locker, which she previously won the Best Director award for. It's a bigger, bolder piece but still on the same theme and in a similar style. Ben Affleck's problem, I think, is that he's Ben Affleck. He's still paying now for being a ham for so long. Mind you, he's not paying that dearly. He's just won every other award under the sun, and if Argo picks up Best Picture, he earns his second Oscar.

But I have a hard time saying they were more or less worthy than any of the five directors who were nominated. Who would you take out? David O. Russell and Benh Zeitlin probably have the lowest odds of winning the award, yet both of their films were fantastic (better than Argo or Zero Dark Thirty by my count -- which is not to knock either because I liked both). Zeitlin could be something special or he could be a flash in the pan. The only two films we have to judge him off of so far -- Beasts and the short film Glory at Sea, which is almost like a dress rehearsal for Beasts -- are so similar to hard to tell if he just had a momentary lightning strike. That doesn't necessarily matter since he's only nominated for one film, but it's a good platform to launch a career from. It's also a good platform to rebuild a career from, like Russell after the waking nightmare he must have had in the years after I Heart Huckabees, the release of his temper tantrums on set and the finish line disintegration of his unfinished film, Nailed. If it's bothered him over the years, he doesn't seem all that phased by it now (nor while he was promoting The Fighter), and he's already booked his next two gigs. Like Helen Hunt, it's good to have him back as well. Though I didn't like The Fighter all that much, Three Kings is a particular favorite of mine, and it introduced me to my favorite character actor, Cliff Curtis.

Life of Pi didn't hit home with me all that deeply, but that was on a story level, not a direction level. Just for the fact that Ang Lee was able to coax that behemoth out of his head and not have it fall apart on him in continuity is something special. Amour was a film I had an enormous amount of difficulty processing because of personal stuff, a roadblock I'm sure many people who have seen it or are purposely avoiding it have run into. Haneke is a tough, uncompromising director and he's made a tough, uncompromising film. It's the mark of a good film when you can't un-mesh your personal life from its story, but it's really difficult to deal with.

As has been noted before, Steven Spielberg's restraint in Lincoln is particularly noticeable, but only when you compare it to his other films. There isn't an absence of the "Speilberg Moment", and if there were one injected it would feel totally out of place, like the bookends of Saving Private Ryan or the end of Schindler's List. When you've got Daniel Day Lewis though, the right thing to do is just point the camera at him and say action. It's something I wish Scorsese figured out before he went so crazy shooting Gangs of New York.

It's gotta be Spielberg for Lincoln simply for being so un-Spielbergian. He stepped back and let the camera and actors do the work for the most part. Imagine if he'd done the same in Schindler's List.