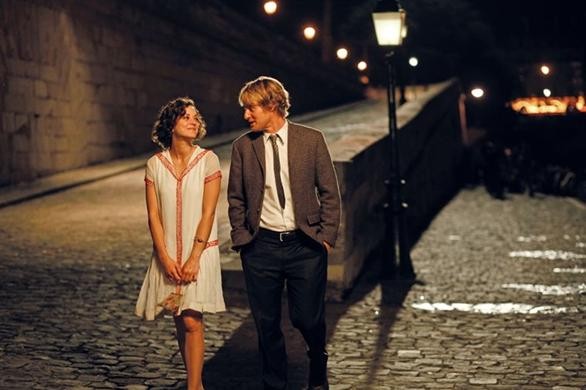 Somewhere along the way – probably with the 2005 win for the execrable Crash, because all bad things can eventually be traced back to that piece of shit – this category went very, very wrong.

It was on a role for a while there. Once the dominion of Billy Wilder, the Coen brothers and William Goldman, Best Original Screenplay has turned into yet another stepping stone toward the big show – Best Picture. It's now seen as a possible "indicator" of a "real" win, rather than a celebration of the hundred or so pages of a given year that made everyone stand back in awe. In an era where Little Miss Sunshine collects a trophy over the heads of Peter Morgan and Guillermo del Toro, or The Hurt Locker can do the same over names like Tarantino and the aforementioned Coen brothers, something has gone awry.

This year's nominees, while all, to varying degrees, accomplished, also smack of novelty. Women! VOD! Woody's back! The Artist had a SCRIPT?!?! (one of my least favorite things repeated on the internet this year) One can see the publicists' pre-packaged narratives at work, especially in this field.

Let's look at what we're supposed to lap up this Sunday:

Yes, even silent films need scripts. Well, treatments really. My problem with this nomination (and frankly, the whole machine behind the film) isn't the format, it's the way this movie completely unravels at more than one turn and, it could be argued, downright falls apart at the end. Like everyone else, I enjoyed the film quite a bit, but I was forgiving its structural flaws along the way. Still, this has a good chance since it will likely win it all, and this category has gone to the eventual Best Picture three out of the last six years. (Depressingly, the other years it was the winner of Best Adapted Screenplay that won it all.)

There are a number of reasons (despite my tantrum above) that I'd love to see this take it home. I love Kristen Wiig, and I love the ideas they decided not to go with – including a hysterical fantasy sequence involving Christian Bale, and one real scene involving a dead body – and also I think the buildup to Maya Rudolph's swan-squat is one of the funniest things I've ever seen. Sadly, it has almost no chance.

Chandor, although a surprise nominee, is not unworthy. Margin Call is a tight thinker that hit at exactly the right time and came loaded with a great origin story. Its recognition is also a win for the VOD market. That said, it's had its moment.

I wasn't enthralled with this one, but a lot of critics (and moviegoers, as evidenced by the astounding box-office success) were, and that's probably more attributable to the long-burning desire to see Allen return to his true form. The auteur has won this category an astounding 15 times in his career. If The Artist isn't the film to beat on Sunday, this could have a solid chance.

By all accounts a genuine masterpiece, this Iranian entry (and Best Foreign lock) is the most deserving from what I hear of its Rashomon/12 Angry Men-esque structure. Also, it has a perfect 100% rating on Rotten Tomatoes. I haven't seen it, to my great dismay, but it is opening soon at the Enzian. It won't win this trophy, but there's no way it doesn't win Foreign.

The decision: Midnight in Paris