Looking beyond the pop-culture-centric shows profiled in the previous article, here is my entirely subjective and unscientific list of 13 more Fringe shows to watch for, based on preview performances, past productions and early buzz. 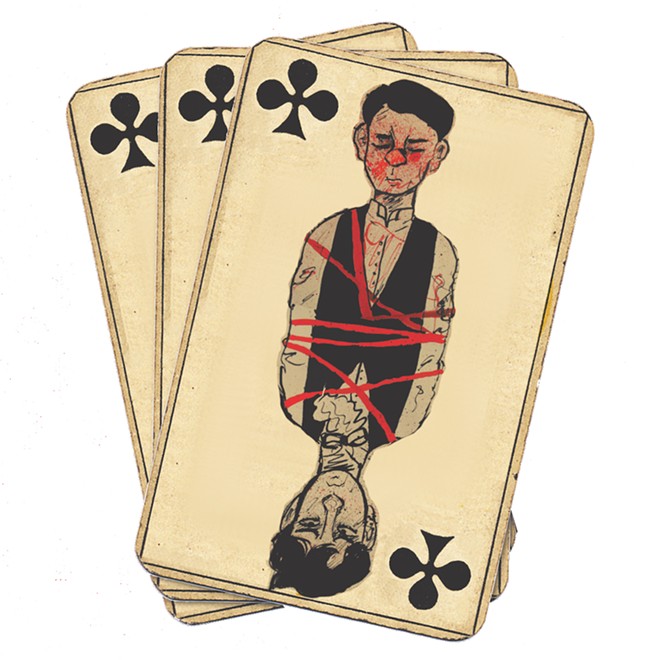 Eddie Poe
(The Coldharts, Orange Venue)
Edgar Allan, starring Katie Hartman as a pre-teen Poe, was one of my favorite Fringe finds of the past few festivals. So I can't wait to see what she and Nick Ryan have in store for the sequel, which depicts the proto-goth poet as an angsty adolescent.

An Excruciatingly Ordinary Toy Theater Show
(Zach Dorn, Black Venue)
This Pittsburgh-based puppeteer, who creates a "live-action comic book" with tiny cameras inside miniature dioramas, has won a Jim Henson Foundation award and a Julie Taymor fellowship. I say any show that name-drops both Friedrich Nietzsche and Stevie Nicks can't be bad.

Flori-DUH
(Mike Delamont, Black Venue)
Mike Delamont will surely score with the return of his Scottish drag queen character, and his Husky Panda is packed with heartfelt humor. But I really want to hear him and comic Morgan Cranny skewer our dumbass state over Florida Man's latest headline-grabbing gaffe.

Jealousy
(Carbon Productions, Green Venue)
Director Jeremy Seghers has a history of successfully staging challenging dramas at Fringe, and this looks like no exception. In this three-hander by Ricardo Soltero-Brown, Cameron Gagne is caught in a tug-of-war between Colton Butcher and Jack Kelly, as the trio tussle over the nature of love and lust.

Kevin, King of Egypt
(Rob Gee, Yellow Venue)
I have absolutely no idea what this show is about. But after the wicked wordplay of his terrific Forget Me Not: The Alzheimer's Whodunnit in 2017, I'm willing to follow psych nurse-turned-poet Rob Gee down whatever verbal rabbit hole he wants to dive into. 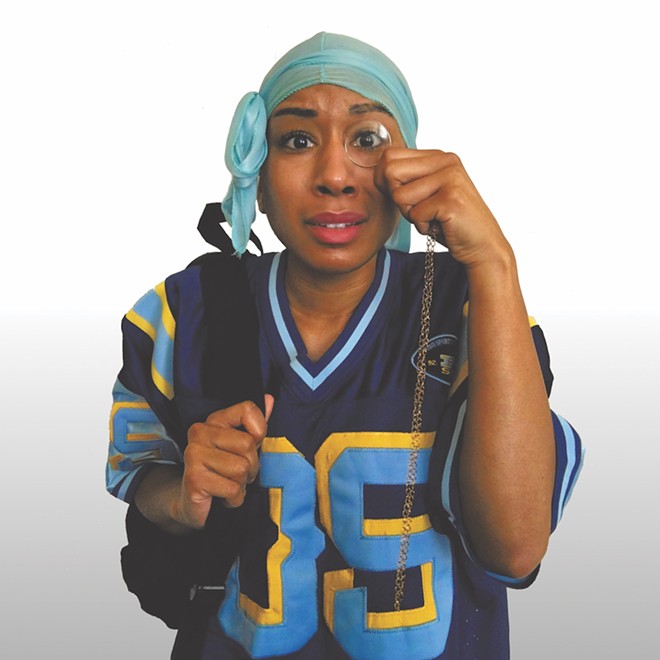 Pianos to the Death Game Show
(Sarah Hester Ross, Green Venue)
Sarah Hester Ross, who starred in Las Vegas' Raiding the Rock Vault, Piano Babe and The Worst Show in Vegas, is returning to Orlando with a homecoming show that reimagines her old Howl at the Moon dueling pianos gig as a murderous game show, complete with audience participation.

Save Me, Dolly Parton
(Beth Marshall's Husband Presents,
Purple Venue)
I saw Theresa Smith-Levin in this empowering monologue on motherhood at the 2017 Indianapolis Fringe, where she performed while extremely pregnant. Orlando audiences are lucky to finally experience her fierce, funny performance – now sans baby – of Megan Gogerty's script.

Shadows in Bloom
(Gemma Wilcox, Pink Venue)
When I saw Gemma Wilcox's first solo show, The Honeymoon Is Officially Over, way back in 2007, I called her "an entrancing performer well worth your time." I'm thrilled I'll finally get to see the stand-alone follow-up, in which Wilcox embodies 22 unique characters.

Title and Deed
(Kangagirl Productions, Yellow Venue)
The last time Orlando Fringe Lifetime Achievement Award recipient David Lee tackled playwright Will Eno, the result was one of the Festival's all-time highlights. With Margaret Nolan (his collaborator on 2016's Rocket Man & Kaleidoscope) again by his side, this sci-fi solo show sounds like a sure thing.

Wanzie's Monorail Inferno
(Wanzie Presents and D Squared Productions, Silver Venue)
This Irwin Allen-esque musical may be a period piece about an infamous 1986 fire at Disney World, but considering the current precarious condition of Mickey's fleet (just Google videos of monorail doors opening while moving) it couldn't be more timely.