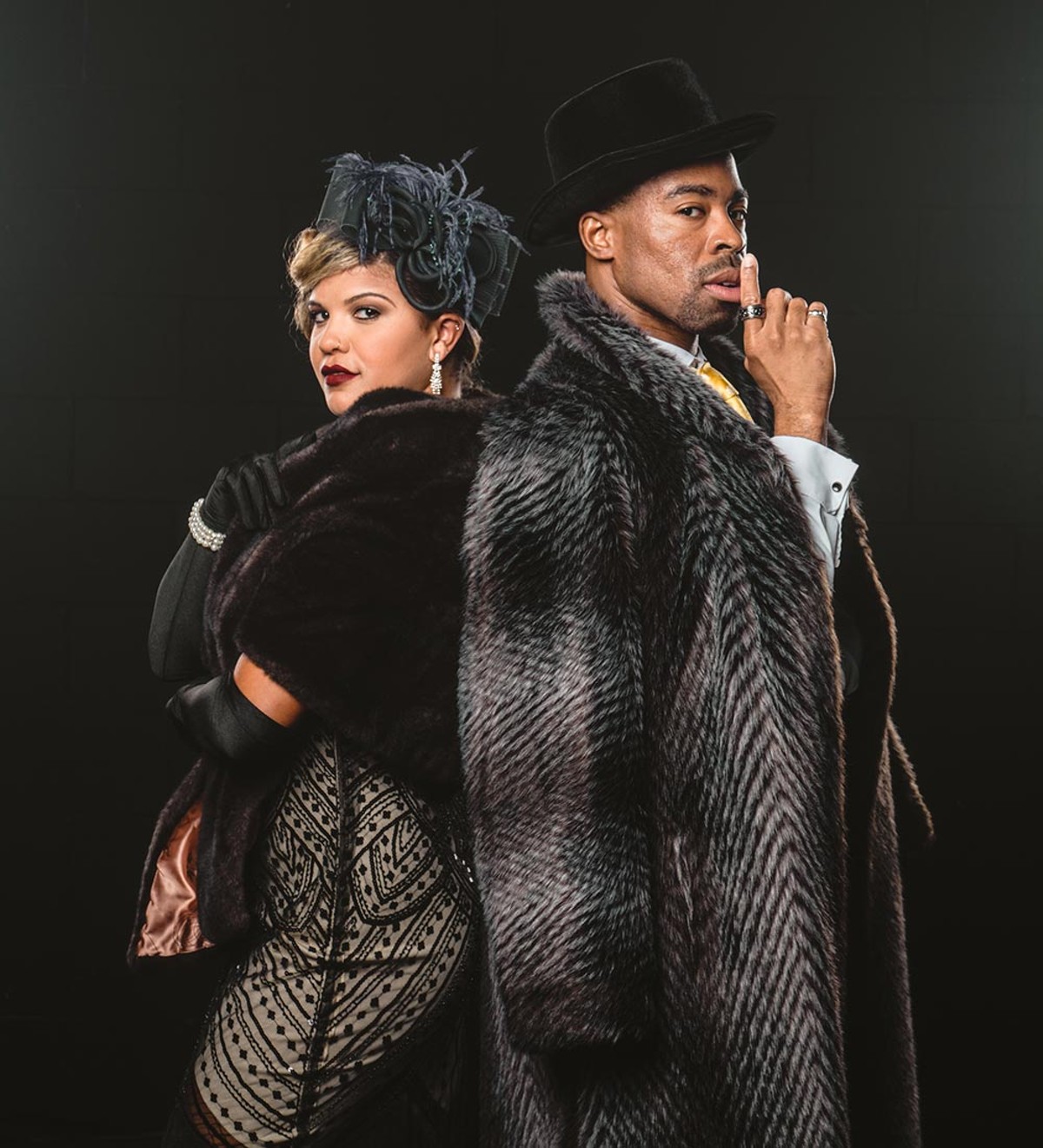 We've all had to bid premature farewells to far too many friends over the past few years, but Orlando's theater community was dealt some particularly painful gut punches in recent days. First we lost longtime Universal Orlando show director Adrien LePeltier, who was the sweetest and most supportive person — and also the sharpest and sassiest — I worked with during my days there. Just over a week later came the shocking passing of Doug Ba'aser, one of Orlando's funniest performers in or out of drag, who stole scenes from the Civic to Sleuths for over 40 years.

It's devastating to know I'll never be teased or nitpicked by these local legends again, and I'm especially heartbroken for the local LGBTQ+ community they both helped build. But if there's one thing that both men believed in, it's that "the show must go on." So, rather than devoting this space to their remarkable pasts, I'm honoring them by looking forward to the future, something I'm sure they'd lovingly kvetch about.

It's hard for me to believe that it's barely been one year since the Renaissance Theatre Co. (rentheatre.com) moved into the Orlando Ballet's former rehearsal hall near Loch Haven Park and transformed it into one of the area's most active and exciting new venues.

Their latest original theatrical experience runs July 22 through Aug. 13, and I spoke with writer/performer Brandon Martin and producer/co-creator Donald Rupe ahead of its premiere to learn how Lenox Avenue transports audiences back to poet Langston Hughes' Harlem Renaissance.

"I think we all have personal connections to [Langston Hughes], reading some of his most iconic poems," says Martin, a theme park veteran who previously performed in Rupe's Flying Lessons at the 2019 New York Musical Festival. "I've always felt the poetry of Langston Hughes ... and connected to it."

Martin took verses from the Hughes anthology The Weary Blues, including "Mother to Son," and adapted them into lyrics for original 1920s-style jazz and R&B songs, which are accompanied by period-inspired choreography by Adonus Mabry.

"We decided we wanted it to be fun; we didn't want it necessarily to have a narrative or a lot of script to it, so it's kind of like you're visiting a Harlem cabaret to see different acts," says Martin, explaining that Lenox Avenue is a fictitious speakeasy that seeks to re-create the atmosphere of "a Cotton Club or Savoy" minus the racial segregation of the era.

"There was a deliberate decision from the outset to have a piece that did not focus on Black trauma, and was a celebration of Black excellence and Black art, and to have Black joy be the main force — the main feeling and focus," he says.

In addition to presenting productions like Lenox Avenue and a revised concert version of From Here, Rupe's acclaimed musical about the Pulse massacre — "I've been developing that show, so it's changed a lot [in] the latest script, which I finally feel like is pretty close to actually being completed," says Rupe — "the Ren" hosts weekly Musical Monday cabarets and Off the Record drag shows, on top of serving as two official venues during May's Orlando International Fringe Theater Festival.

"I'm a huge Fringe fan, so it was nice to be involved from a different angle and see the inner workings of Fringe from an organizer's perspective," says Rupe. "I feel like I understood how difficult everything is in dealing with all of those artists, but getting to see it first-hand was an interesting lesson, to say the least."

After Lenox Avenue, the Renaissance will open Nosfera2, a follow-up to last year's stylish Halloween experience. The vampiric theme will return, but there will be new characters, and a new storyline, fresh musical selections, and the walk-through will be restructured to accommodate larger audiences. "We kind of boxed ourselves in, in terms of how many people that could see the experience at once, so we ended up selling out a lot," Rupe says, promising the show will still move from space to space, but "in a way that's smarter."

Despite their wildly divergent subject matters, Lenox Avenue and Nosfera2 are both "immersive," a term Rupe says he didn't initially intend to be so often associated with Renaissance Theatre Co.'s offerings.

"Really, that was an accident. We did Nosferatu [in 2021], which was definitely immersive, and we saw right away that there was this hidden audience in Orlando that I don't think is getting the attention they deserve," recalls Rupe. "It's almost like there's some crossover between the people who would come to an immersive theater experience and Halloween Horror Nights or some of the things at theme parks. ... I saw this giant audience and I was like, 'Well, we can't turn back now.' So many of our shows have ended up being immersive experiences just to cater to the audience that I think we've accidentally stumbled upon."

Things to do this week: Tacos and Tequila, Fitz and the Tantrums, Incantation, Steely Dan