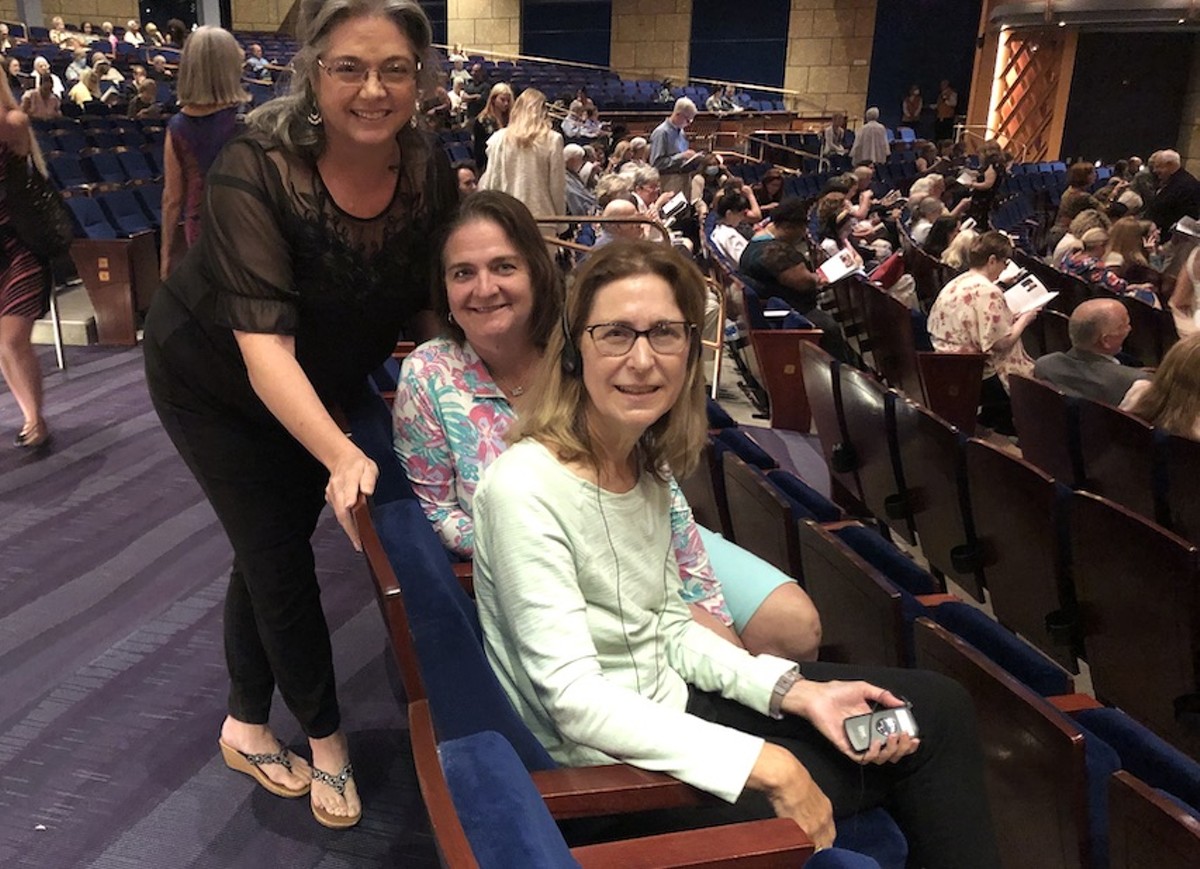 Even if you aren't hard of hearing, you've probably taken advantage of your streaming services' "English SDH" subtitle option in order to decipher mumbled dialogue amid dense explosions, or interpret an enigmatic sound effect. However, you might not have tried out its ocular equivalent, the "AD" or "audio description" soundtrack option offered by Netflix et al., which verbally depicts on-screen images for the visually impaired.

Although technology is making television and cinema increasingly available to the blind and those with limited vision, live theater has been slower to adopt such services as part of their standard operating procedures. That's where Central Florida Audio Description Initiative steps in.

Founded in 2021 by Stasha Boyd and Marsha Bukala, CFADI is working to make Orlando culture more accessible to the limited-vision community by connecting them with local arts organizations, and this Saturday afternoon their efforts will enhance the city's most prestigious venue, as Broadway's Six takes the Dr. Phillips Center's stage with live audio description.

Twenty-five years ago, Stasha Boyd and I worked together at Universal's Terminator 2:3D attraction, and in 2012 she co-starred in 9 Parts of Desire with my Empty Spaces Theatre Co., but for most of the past two decades she's been immersed in the world of museums. Q Media Productions, the company founded by Boyd and her husband, Mike Lutz, in 2002, has provided interpretive audio tours — which provide background information about exhibits — for museums across the country, from Kennedy Space Center to Mount Rushmore.

About a dozen years ago, a random rental request led Boyd (who is not vision-impaired) to attend an American Council on the Blind conference, where she attended a three-day course on being an audio descriptor. That launched Q Media's new specialty in audio descriptions, which differs from traditional interpretive audio because they provide literal narrations of imagery so that, as Boyd says, "all of the visual information that is missing gets added back into the story [and] they're experiencing it the same way as a sighted person would."

During the pandemic, with her museum-related business at a standstill, Boyd was contacted by Orlando Fringe executive director Alauna Friskics on behalf of a blind patron. Boyd was able to arrange live audio descriptions for a handful of shows at the 2021 Festival, which set the ball rolling to providing it for 20 shows across multiple performances in 2022.

At the same time, blind arts enthusiast Marsha Bukala was finding it exasperating to locate an audio describer for a touring show, or to even navigate local ticket-selling websites. The pair came together last year along with advisors Sheila Young (president of the Florida Council of the Blind) and Dan Spoone (president of the American Council of the Blind) to form CFADI as a hub for educating public and private stakeholders on how to integrate visual accessibility into their programming from the ground up, rather than treating it like an afterthought.

Unfortunately, even national tours rarely provide an official script for live description. For example, CFADI will facilitate the live audio description at the Oct. 8 matinee of Six, the Edinburgh Fringe hit turned Tony-winner, which turns King Henry VIII's wives into a pop-star sextet. To do so, local actor John Palmer only had a couple of weeks to review a script and watch video provided by the production, then write his own narration to deliver during the performance.

In order to provide this service without charge to patrons (who must prearrange for an assistive headset when phoning the box office to buy tickets), CFADI is operating under the Fractured Atlas arts nonprofit umbrella while seeking 501(c)3 status, and relying on "angel donors" and sliding-scale fees from presenters.

But ultimately, Boyd sees CFADI not as serving blind patrons, but rather working for the theaters themselves, who may simply not be aware that such reasonable accommodations are available and affordable: "We want to make this so easy, it's a phone call ... we're helping them serve their customer."

"Audio Description allows those in the blind and low vision community to enjoy and experience a performance at the same level as other patrons," says Bukala, adding, "It needs to become the norm for performances so it is inclusive."

And Boyd's last word is even blunter: Vision-impaired patrons "should also have the opportunity to be moved by performances ... to witness and to be part of the power of live theater, [and] have the right to spend an outrageous amount of money for Hamilton just as much as the next person."