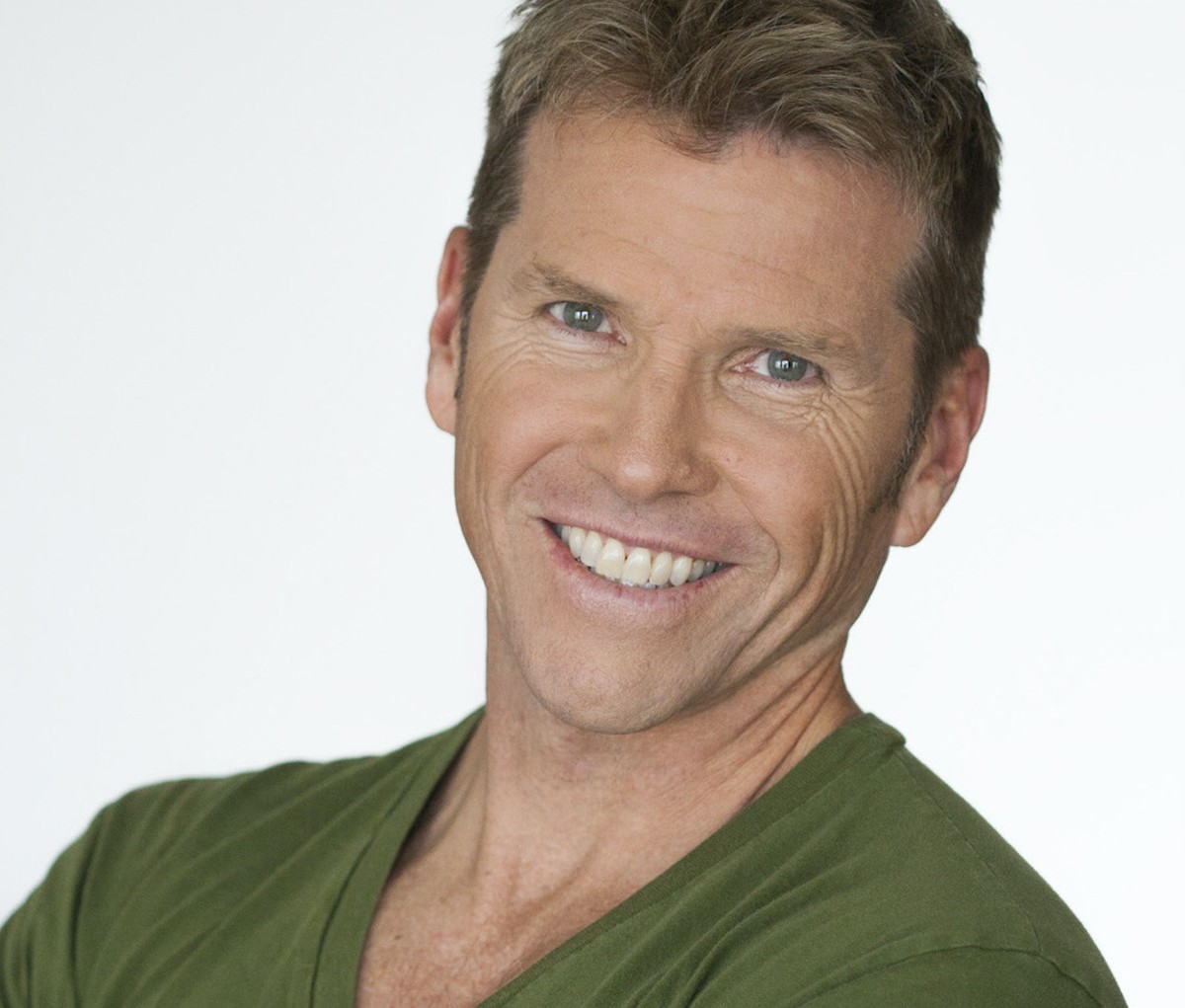 With nearly 20,000 Walt Disney World employees laid off this year, we've heard heartbreaking stories about cast members desperately seeking food and shelter, while Mickey's stock price (and executive compensation) soars. But despite the dire situation, there are still die-hard Disney employees spreading joy and inspiration on their own time, just like Walt would have wanted.

Chief among them is entertainer Billy Flanigan, a 39-year veteran of WDW's stages, who spent his furlough pedaling around Central Florida and across the country, delivering musical "Flanigrams" to over 524 friends and family. His 6,000-mile-plus journey is the subject of Billy Flanigan: The Happiest Man on Earth (instagram.com/thmoedoc), an upcoming feature-length documentary from local producer Andrea Canny and director Cullen Douglas, which will benefit the Juvenile Diabetes Research Foundation.

How did you originally come to Orlando?

I was a senior at the Boston Conservatory of Music. I went to my Shakespeare class and I was the only one in there, and the teacher said, "I think it's odd that you're not at the Disney audition." I didn't even know there was one.

I went there, signed up, and I was one of three or four people that were left at the end of the night. Myself and one other girl from the school both got hired at the same time, so we came down together, and that was in 1982. We came down two weeks before our graduation ceremony, and then both flew back to graduate, and then came back to finish our rehearsals.

We did all of the grand openings at Epcot, which was awesome and amazing and incredible. I was there opening day, performing right in front of Spaceship Earth, with all the publicity and the balloons and the birds and just the thousands of people that were clamoring to get in.

What was your most memorable performance?

When I was at the Hoop-De-Doo Revue [dinner show], Princess Di and Harry and Prince William came to the show. And I kind of broke all the rules that they told us not to do: Stay away from their table, don't go near them ... Those two boys wanted to just be like everybody else, and everybody was walking around them and kind of ignoring them, so I went over and talked to them because I just thought it was the right thing to do. ... [Diana] stopped me and she said, "Thank you so much for treating us like normal people," and that just meant the world to me.

Stitch's Supersonic Celebration. It opened in Tomorrowland, and it maybe lasted six weeks before it closed. It was a really fun, well-written show [and] it was a really fun show to do. But the thing was, we rehearsed everything at night. ... Then when we opened it, it was in the day and ... people were sweating and trying to sit underneath the PeopleMover to get in the shade, so it was not well-planned.

How did you become Disney's longest-running consecutively contracted performer?

I have been available! In the beginning, in 1986, I had six days off the entire year, because I was always available; if they called, at the drop of a hat I would do it.

What's the future of live entertainment at WDW?

I have no doubt that they are looking to bring all of the entertainment back.

They know they need entertainment for crowd control, because as you're walking through the parks you see these thousand people that would be in Indiana Jones Stunt Spectacular, that are now just roaming in the park. So they need it. It's not that they're ever going to get rid of it. I 100% believe that all of these shows will be back up and running, and they are really working hard to do that.

Where did your "Flanigrams" greetings come from?

I would bike every day on the trail [during Disney's closure] but everything was like a ghost town. I had not seen people in a couple weeks, so I said, "I'm just going to knock on some doors of people who live off of the trail."

I knocked on a door and I backed up (because social distancing), said a little hello, and she just broke down in tears. ... I took a picture of us, and then she posted on her Instagram and Facebook that I had stopped by to do a "socially distant hello," and how much it meant to her. It was such a small thing, but it really meant the world to her. Another girl responded to her and said, "I want one of those," so I saw her response and went to their house the next day. And then it just started.

How did Flanigrams go nationwide?

I drove [from Florida to California], and along the way I stopped in Texas, in Phoenix, Arizona, and then obviously Los Angeles. I used to work at Disneyland for two years, so I was able to Flanigram a lot of my cast from the old Golden Horseshoe show. ... I flew back from California, and then I drove up to Massachusetts to visit my mom and Flanigramed all my family and friends from high school. I just love doing what I do, and I do it just to make people happy; I don't do it for fame or glory or anything like that.