Orlando has two new simulator-based attractions, but the format still has a few shakes to work out 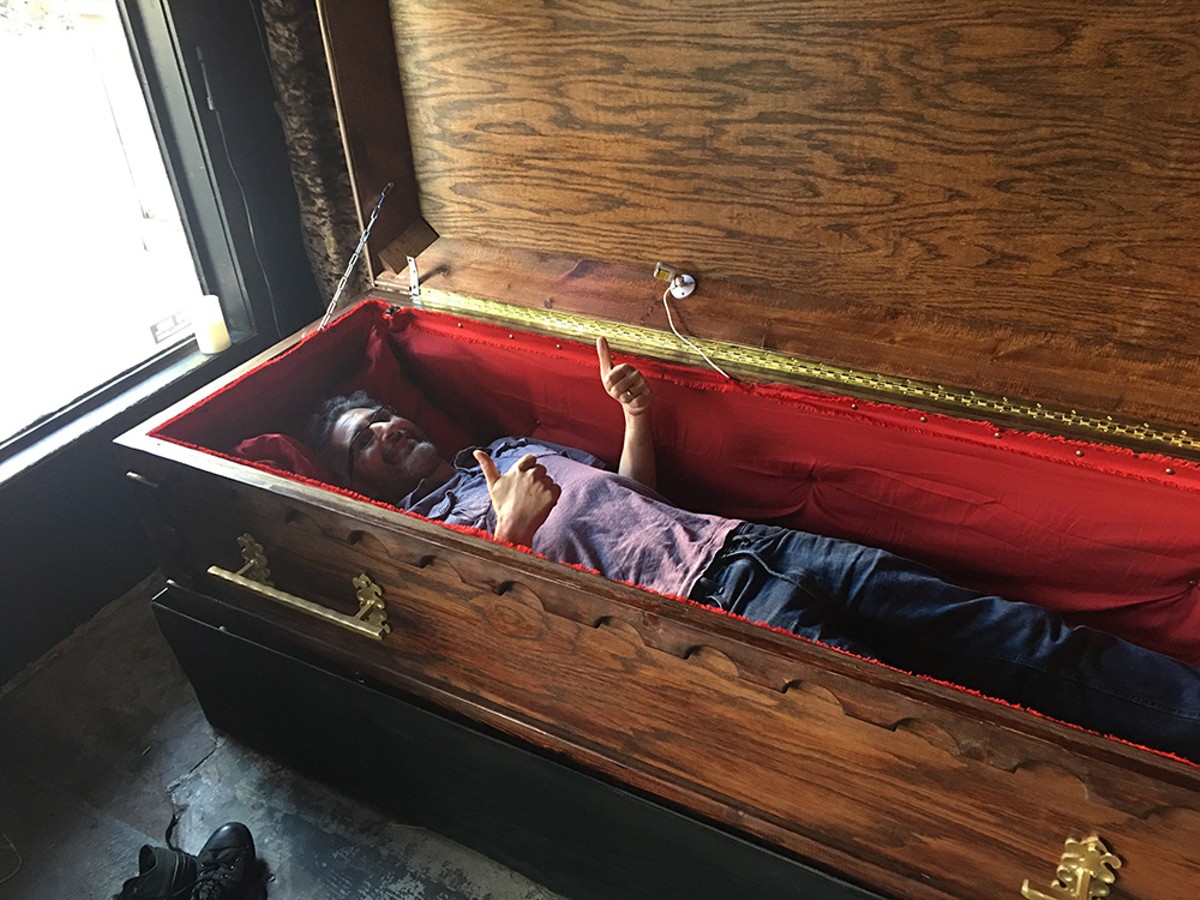 Recently I previewed Universal's new Jimmy Fallon "flying theater" ride, calling it "a small step sideways for simulators." Perhaps I spoke too soon, because in the weeks since I've experienced two new simulator-based attractions that aren't merely sliding perpendicular, but may have completely jumped the rails.

I've always been interested in expanding entertainment technology outside of the theme parks; heck, I used to own a chair from Disney's Alien Encounter so I could recreate the show in my garage. But while fellow thrill-seeker fans will probably want to jump on board, the average reader may want to read on before taking a trip on these crazy trains.

The Pointe Orlando shopping complex on I-Drive has had its ups and downs over the years, with a constantly shifting mix of tenants. But it's always been one of the best places in town to catch a movie, thanks to the Regal's massive IMAX screen. Now they've taken things a step further by installing Florida's first 4DX theater, which promises to bring theme park-style special effects to first-run feature-length films.

Popular in Asia for some time but only now spreading to the States, 4DX replaces the standard cinema seats with banks of four-passenger benches that hydraulically heave, pitch and roll in reaction to the on-screen action. In addition, strategically placed nozzles spray you with water, air, fog, bubbles, snow and even scents, all in sync with the story. Strobe lights, leg-ticklers and in-seat subwoofers round out a list of gimmicks that would make William Castle green with envy.

The end result is like a cross between the Despicable Me and Shrek 4D attractions, only instead of lasting five minutes, it goes on for over two hours. Needless to say, this isn't the ideal format to focus on a moody drama like Moonlight, but the concept could have potential for brainless blockbusters. Unfortunately, my initial encounter with 4DX suggested that its programmers haven't yet mastered the subtlety required to make it a truly immersive experience, instead of a headache-inducing distraction.

For the first few scenes, Kong: Skull Island in 4DX was a lot of fun, with a mix of intense 3-D visuals and violent but well-choreographed motion that rivaled segments of the new King Kong ride at Islands of Adventure. But instead of confining the gyrations to action sequences, our sadistic sofa insisted on twitching at every camera move, even during dialogue; the nadir came when the seat shuddered in response to a slide carousel. Unlike the older D-Box motion seats offered at Fashion Square, there's no intensity control or off button for 4DX's movement, and at times I had to hold onto the armrests for dear life; plan on finishing your popcorn before previews end, or it'll be all over the floor. At least the water effects – which range from spritzing to soaking, and swiftly grow annoying – can be disabled.

While wobbling my way out of the 4DX torture chamber, I silently swore that I'd sooner attend my own funeral than spend $20 trying it again. Someone in Kissimmee must have been reading my mind, because only days later, Old Town's Mortem Manor haunted house announced the opening of their new Last Ride burial simulator. I was initially apprehensive about visiting Mortem Manor, not for fear of the frights found within, but out of respect for Dan Carro and the Legends Dark Amusements team, who built and operated the haunt from 2013 until it was closed and re-branded last year. But after a spin on Old Town's colorful new Ferris wheel for courage, I bought my combo ticket and dove in.

The current incarnation of Old Town's haunted house retains most of Legends' old structure, but is now a much darker attraction, both figuratively and literally: the original tongue-in-cheek storyline and antique period props were replaced with gorier animatronics and pitch-black corridors. I was impressed at how aggressively interactive the scareactors I encountered were – while they won't touch you, they did sneak up behind me whispering my name – and the manager informed me that additional effects are on their way.

After making my way past Mortem Manor's maniacs, I arrived at my real objective. The Last Ride, which has been showcased at Halloween conventions for a decade, consists of an actual coffin that's been converted into a single-occupant attraction. Riders recline in the surprisingly comfy casket, the lid is closed, and box begins bucking as gravediggers (with inexplicable Cockney accents) bitch about bearing your body to its final repose. Air hoses tickle your feet as the worms begin to feast on your rotting flesh, which you can smell thanks to authentically awful odor dispensers.

The entire ordeal lasts under five minutes, and when the coffin opened I was left less spiritually reborn than morbidly bemused. At only $5, or $3 in combination with the $15 walk-through, Last Ride was worthwhile for the funereal photo op alone. But now, can we get the attractions innovators working on simulating things people actually want to experience? Buzz me when they build the "Hamilton original cast from the front row" simulator – I'll be first in line.