THE ORLANDO FRINGE through Monday, May 28, Loch Haven Park, orlandofringe.org

The school year is ending and summer is almost here, making this the perfect time to shrug aside weightier subjects and indulge in some genre entertainment. But you've already binge-streamed every episode of Star Trek: TNG on Netflix, and Avengers: Infinity War snapped your heart in half. Where is a pop-culture-craving Orlandoan to turn? Fear not, fanboys and -girls: Whether you hunger for flesh-eating zombies or psychokinetic tweens, this year's Fringe Festival is the hero Orlando deserves, and the one it needs.

Like the 26 annual fests before it, the 2018 Orlando Fringe hosts a boundary-free range of subjects and theatrical styles, from intimate dramas and adult comedies to a family-friendly musical about insects. But if any common thread ties together this year's lineup, it's our collective obsession with escapist media. Sure, such TV shows and movies are nothing new; I myself produced a Karate Kid sequel a decade ago, and am still awaiting my YouTube Red royalties. But this year's Fringe Fest schedule may be stuffed with more pop-culture references than an entire season of Family Guy. 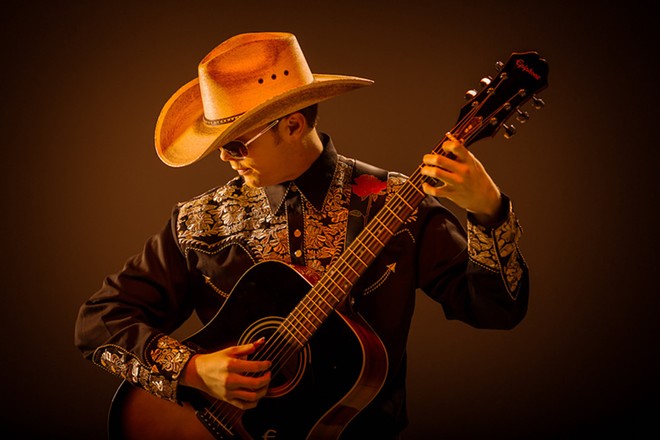 For example, you can forgo the multiplex in favor of Fringe and still see the new IT and Star Wars installments ... or at least JMEG Theatrical's S#IT: An Unauthorized Musical Parody of Stephen King's IT and TK 421 Is Dead: A Storm Trooper Story from Chicken for Supper Productions. If cult classic cinema is more your speed, "Oh, Hi Johnny" The Roomsical Parody Musical stars Henry Gibson-Garcia as Tommy Wiseau; Yow Dance's Gorgeous is a dance version of Drop Dead Gorgeous, and in Shakespeare's Ghostbusters, Venkman asks "Whom wilt thou call?" in Elizabethan verse. Of course, you can't forget Star Trek: The father of sci-fi fandom is represented by Dammit, Jim! I'm a Comedienne, Not a Doctor!, Polly Esther's story of her addictions to alcohol and Next Generation, and Strange New Worlds, an improvised homage to the original series.

In particular, the Pythonesque comedy duo of Aaron Malkin and Alastair Knowles – aka James & Jamesy – describe their new show, in which they wear illuminated costumes and eschew stage lights, as "Pixar meets Waiting for Godot."

"We're all familiar with Pixar's phenomenal ability at bringing everyday objects to life," says Knowles (who plays Jamesy), elaborating on the influence. "There's something magical about unconscious objects like a lamp coming to life and experiencing emotion for the first time," he says, adding that the pair aims to emulate Pixar's "hilarious and insightful" tone through their absurdist clowning.

Fallen From the Toy Box

This year's apparent pop-culture trend was first pointed out to me by Festival producer Michael Marinaccio, who attributes it to the Fringe's reach outside Orlando's usual arts audience.

"Fringe has always been a place where artists can do work that breaks boundaries of traditional – and sometimes exclusive or even pretentious – theater and performing arts," says Marinaccio. "We have an audience that may not go see live theater the rest of the year, yet they passionately attend the Fringe every May. ... I think this comes from Fringe being accessible to such a broad audience, with low ticket prices and most shows running 60 minutes or less."

That episode-length package is tailor-made for television show parodies, and Fringe veteran T.J. Dawe has his fingers in more than one of them. As a performer, Dawe has always interwoven geek-friendly references into his autobiographical monologues, such as A Canadian Bartender at Butlin's, which he's reprising this year. But he's also working behind the scenes as director and co-writer of One Man Stranger Things: A Parody, starring Charlie Ross of One Man Star Wars fame, as well as Mark Meer's One Man Walking Dead. (Meer himself is a bit of a walking pop-culture icon, as the voice of Mass Effect's Commander Shepard.)

When it comes to choosing a slice of pop culture to parody onstage, Dawe says he starts by looking for "surprise hits" that are "popular defying all conventional expectations." Dawe says, "That signals to me they're the work of inspired creators who hit the bull's-eye in the collective spirit."

James & Jamesy in the Dark

Once he's selected his subject, Dawe's next step is research, "watching and taking notes on every episode, figuring which are the parts people remember and love (or hate) the most, and finding ways to re-create them that will be funny and make sense."

Another blockbuster franchise bound for Orlando Fringe is HBO's Game of Thrones, in the form of Thrones! The Musical Parody. The show (which is unrelated to a different GoT parody directed by Dawe) was co-written and -directed by Chris Grace, who says he came to the project with a pre-existing passion for the TV version of the Song of Ice and Fire. "We created Thrones! because we love Game of Thrones so much, but also even when you love something you still love to make fun of it," Grace says. "We wanted to create something where someone who hasn't seen it would enjoy themselves, and hard-core fans would find Easter eggs that only they would get."

One potential complication these shows can face is the question of copyright. A select few, such as Ross' One Man Star Wars and One Man Lord of the Rings, got legal blessing from the license holders. That allowed those shows, which Dawe directed, to "have plenty of unaltered lines from the originals, because people know those movies so incredibly well." But his new Stranger Things and Walking Dead-themed productions, like the vast majority of original Fringe scripts, are unlicensed. For that reason, Dawe says he and his collaborators "did a lot of paraphrasing in the script, and this makes the shows parodies, which are protected from copyright violation," under the Fair Use provision of protection for commentary. 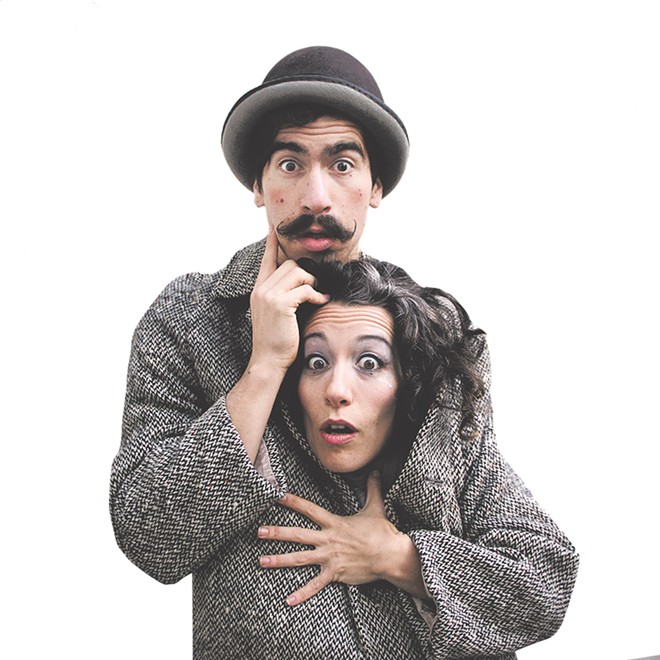 "Although we could still get sued, and have to stop, even though we'd be in the right," Dawe concedes. "We wouldn't have deep enough pockets to fight Netflix or AMC in court."

Despite the hurdles, these productions find their reward in the public's reaction.

"I've found people respond to these shows really strongly, which gets back to my thought that the stories themselves are cultural mythology," observes Dawe. "Theater in ancient Greece was a retelling of a myth the audience already knew, with a particular writer's spin."

Grace concurs, reporting that "fans of the program have gone crazy for our show ... or maybe they've just gone crazy waiting for the next season of Game of Thrones. Either way they are passionate!"

And hopefully some of those passionate fans will boldly go to other Festival offerings with less famous settings, after their love of Westeros and Hawkins, Indiana, has lured them to the Orlando Fringe.