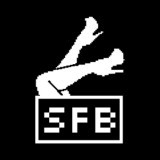 The meaning of the word burlesque might surprise you. While it’s often associated today with simple stripping, it more accurately describes a form of comedy, parody or extravagant theatricality. The term comes from the Italian burla (a joke, lark or prank), and it wasn’t until the 20th century that striptease became a major part of the art form.

As vaudeville faded, so did burlesque’s theatricality and creativity until – long story short – the transition to today’s strip clubs was complete. Enter Skill Focus Burlesque, Orlando’s own nine-person troupe, who are attempting to keep alive a form of 20th-century burlesque by mounting Return of the Skill Focus.

For this, their third Fringe offering, the self-described nerdy group has promised not just a series of dances and musical numbers, but stories. Each dance does contain a brief tale, but there is no traditional narrative. This is mostly visual pleasure (or displeasure, depending upon your preference for body type) set to dance and music, with lots of breasts (both with pasties and without) and bums. And to top it all off is director Tara Rewis, appearing as Cherry Bob-omb, who offers a meaningful, though slightly pretentious, meditation on what it means to perform burlesque.

Opening with a parody of Journey’s “Don’t Stop Believing” featuring the entire cast, the show transitions into individual acts. We get Ruby Darling’s odd commentary on bipolar disorder, the smoldering Syber Digit’s take on Josephine Baker, Lita LaRoux’s not-so-innocent baby-doll routine, Rosita Sparkles’ strange but still somehow sexy take on The Matrix and, perhaps best of all, the delicious Dahlia Ivory Paige showing us how to awaken our inner genie. (Every one of those acts is different thematically and musically, but all end in a striptease.) In true vaudeville style, we even get a hobbit magic act – yes, you read that right – from Presto Digitation, one of the two male members. And for the ladies – or for the guys who, as Jerry Seinfeld would say, “bat for the other team,” – there’s Fifi Latio’s full-frontal nudity, although it’s not clear whether his naked take on AIDS and The Silence of the Lambs is meant to arouse, annoy or provoke, or perhaps all three.

With this type of production, traditional theatrical criticism gets thrown aside faster than a stripper’s bra. No, this isn’t good theater, as most of the stories aren’t really stories at all and some of the dances are duds. But it’s decent burlesque featuring fabulous costumes, and, perhaps more importantly, it’s memorable entertainment and fits nicely into the funkier, old-Fringe atmosphere of the Black Venue, at 511 Virginia Street, across from the Hideaway Bar. Despite the show’s shortcomings – no pun intended – it presents enough goodies to satisfy those who are into this type of thing. But if this isn’t your bag, there’s no need to venture outside Loch Haven Park.

Return of the Skill Focus doesn’t add much to the neo-burlesque movement that gained steam in the 1990s, but if you don’t get at least an ounce of enjoyment from these sexy shenanigans, check your pulse – you might be deader than Gypsy Rose Lee.

Return of the Skill Focus