Bridget Bean was facing the failures of both her transatlantic marriage to a Florida Man and of her theatrical career, when her life was saved by a traveling exhibition about history’s greatest maritime disaster. Working as an actress portraying a Titanic cabin steward, Bean shares tales of the doomed luxury liner’s passengers and crew with stoned schoolkids and film-obsessed tourists, while lusting after the attraction’s scowling security guard. When a mysterious time traveler offers her the chance to change history, will Bridget be able to turn back time and avert tragedy? Or is honoring victims by preserving their memories the best we can hope for?

Bean’s humorous one-woman science-fictionalized memoir is at its best when gently grounded in backstage gossip, the irritations of having an exotic accent and other relatable real-life details. But the mounting energy of Mrs. Bliss’s fantastical finale ultimately casts an enchanting spell, and speaking as someone who’s visited the Orlando and Vegas Titanic exhibitions enough times to conduct a tour, I’d be happy to set sail again with Bean sometime — as long as I can count the lifeboats first.

With Ain’t Done Bad, dancer-choreographer Jakob Karr has gifted the Fringe with the most polished, professional, propulsive piece of contemporary dance theater in the Festival’s 30-year history. Karr (an alumnus of So You Think You Can Dance and Cirque du Soleil) stars in a story inspired by Reba McEntire’s “Fancy” as filtered through Orville Peck’s catchy pop-country albums, playing a small-town boy who leaves behind his protective mother and disapproving father for lust and love in the big city.

His Manhattan-based dancers — Lauren Cannon, Adrian Lee, Jordan Lombardi, Ian Spring, Reed Tankersley and Tanner Wilson — are all incredibly skilled technicians, and it’s thrilling to see a stage full of male dancers who can be powerfully masculine and simultaneously achingly vulnerable. Karr’s thoughtfully developed choreography reminds me in the best way possible of modern masters Mia Michaels and Pina Bausch, and his cast conveys their characters clearly without heavy-handed overacting. Joel Zishuk’s textured lighting is some of the best I’ve ever seen in the Silver Venue, designer Zachary Feivou’s spinning mirrors are simple perfection, and even the scene transitions are utterly seamless.

At a certain point, I stopped taking notes and simply marveled at the show, which is just about the highest praise I can offer. You done bad if you ain’t already made plans to see this superlative production.

Confessions of a Flirt
Pink Venue, $12

Based on the historical memoir by Mrs. Edward Leigh, Confessions of a Flirt follows the true-life story of Eliza, a spoiled coquette in the antebellum South, from finishing school in Georgia, to the front lines of the Civil War. Eliza cock-teases one Confederate soldier after another, acting like a second-rate Scarlett O’Hara in Dorothy Gale’s gingham dress, only with an anachronistic social conscience. Eventually, she lost her slaves and property, published stories pseudonymously to earn money, and eventually begat the ancestor of Kristin Springer, creator of this misbegotten musical.

It's impossible to fairly critique “Sir” Mark Hill’s original musical score, since few of the singers managed to stay on pitch, and none seemed able to match tempo with the strident synthesized soundtrack. The actors constantly stumbled over Springer’s densely wordy script, which seems largely copy-pasted from the memoir and encyclopedia articles; the cast’s Southern dialects are wildly inconsistent; and the amateurish staging of crucial dramatic moments is unintentionally hilarious.

Confessions of a Flirt comes across like a community theater production of Uncle Tom’s Cabin: The Musical, with little apparent self-awareness of its deeply problematic subject matter. Frederick Douglass, Sojourner Truth and W.E.B. DuBois are all name-dropped, and the enslaved are consistently the most interesting characters. But while the cast’s Black members do all the heavy lifting trying to hold this train wreck together, the play remains focused on its pasty protagonist.

It’s obvious from the expensive-looking costumes that some serious time and effort has been invested in this production, which makes the fundamental flaws at its core even more frustrating. The bottom line is that earnest intentions and an interesting backstory alone don’t add up to an entertaining — or even endurable — evening. 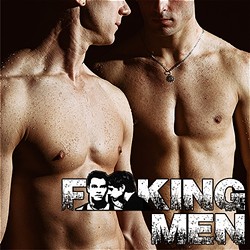 As each of the characters tries to from a bond with the next through physical intimacy, there’s a lot of defensive declarations that gay men aren’t burdened by monogamy, occasionally countered with a desperate plea for stability and companionship.

Although the script is barely a dozen years old, it already feels like a period piece with its dated insistence that out homosexuals can never be successful in America, and its erasure of bisexual, trans and other non-cis/non-white members of the gay community. Even so, the pillow talk dialogue is punchy, and every member of the ensemble cast — highlighted by Leroy Aponte as John the hustler, Niko Felizzola as Kyle the student, and Scott Browning as Leo — dives into the debauchery with admirable enthusiasm.

The Wizard of Loch Haven Park
Site-specific, white wall in front of the Lowndes Shakespeare Center, $10

Nathan Felix, the composer behind 2019’s “silent musical” Fury in Sound, is back with another original al fresco operetta. Wizard of Loch Haven Park is an all-ages choose-your-own adventure that draws inspiration from the obvious Oz tales, along with Labyrinth and Alice in Wonderland. Dio Traverso’s story follows imaginative youngster Yeal (Eislinn Gracen alternating with Victoria Salisbury) and her studious sibling Nick (Rhyse Silvestro, Kenny Grow) as they try to find their way home from the dreamscape of a staff-wielding dark wizard (Jason Montilla, Traveon Olden). Pursued across Loch Haven’s lawn by stilt-walking nightmares, audiences select a protagonist to follow, and their participation in joke-telling contests and epic 5-on-5 rock-paper-scissors battles will determine the heroes’ fate.

Felix’s a cappella rock opera score isn’t especially melodic, mostly consisting of meter-free dialogue sung at seemingly random pitches, and pandemic-weary audiences still hesitant to interact with strangers may not get much out of the participatory elements. But the performers are amiably game (if occasionally pitchy) and Gracen’s gregarious tomboy was a joy to follow around the park. How much you enjoy this one will definitely depend on how willing you are to play make-believe with the performers — and assuming it isn’t raining, there are worse ways to spend an hour in the open air.