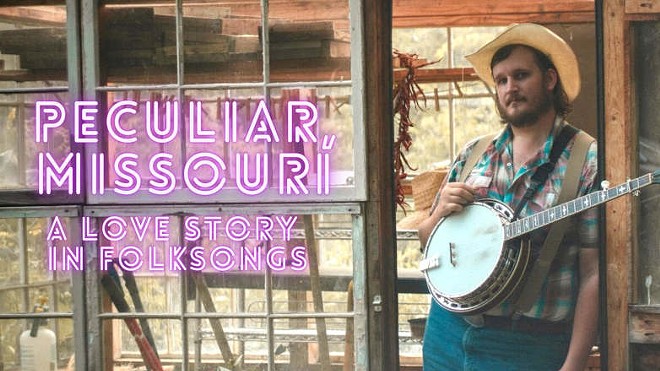 Willi Carlisle, 2017 winner of the Critics’ Choice for Best Show, returned to Orlando just in time for the Festival’s final weekend with the world premiere of this wonderful collection of folk songs and love stories. Using his handful of musical instruments — he’s as adept at banjo-picking as he is on the accordion — along with a hand-cranked cyclorama of hand-drawn backdrops, Carlisle carries audiences in his vintage Econoline van on a voyage into the beating heart of rural Mississippi.

Like an Arlo Guthrie of the Ozarks, Carlisle deftly weaves his gently hilarious story-songs from fascinating audio recordings of his encounters with cops, community square dances (which he calls the most fun you can have standing up), and stoned Bible study sessions.

This self-admitted work-in-progress doesn’t have the cohesive storyline of Carlisle’s award-winning previous production, but it’s well worth attending to see a slice of America not often represented on the Fringe stage, from the uneasy truce between Walmart and vehicle-bound vagabonds to gospel sing-alongs around the communal campfire. And while Carlisle isn’t above making a dumb joke about milk, he also slips in sharp asides about why out-of-tune fiddle music is the ideal anthem for late capitalism’s apocalyptic end run, or how racism excluded certain cultures from our recognized folk canon.

With a mix of something old (medieval lullabies and Mexican farmers’ laments) and something brand-new (original songs embracing nonbinary sexuality), this magical hour of postmodern Americana will make you want to cruise the country roads with Carlisle as your co-pilot. Willi’s heart is a big tent, and you’ll be glad he welcomed you inside.