Who knew so much power was in the elbow? 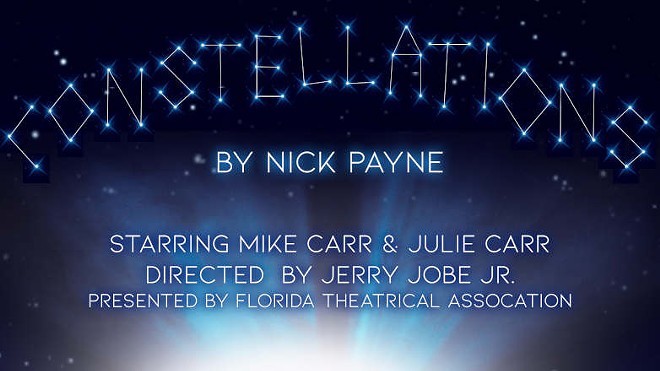 Hey, did you know that your own elbows contain the secret to immortality, if only you could lick them? What’s probably the weirdest pickup line in history prompts a romantic dramedy of inter-dimensional proportions in Nick Payne’s Constellations, one of my top picks for the most moving play at this year’s Festival.

Constellations’ reality-bending twist is that each misstep along their romantic road is met by a celestial ding that resets time and gives them a second chance at saying the right thing. In this infinite multiverse, every decision we make — especially those involving matters of the heart — leads to an entirely different parallel dimension, as we are only particles being knocked around by immutable mechanical laws.

After starting out as a deceptively quirky romantic comedy, Constellations eventually reveals itself to be something far more complex, taking a dark turn into [spoiler alert/trigger warning] cancer and assisted suicide. Payne’s play is intentionally circular, but Jerry Jobe Jr’s deft direction defuses any potential confusion by keeping his actors emotionally grounded throughout. A segment told entirely in ASL was one of the most compelling moments of communication I’ve witnessed at this Fringe.

There may not be easy, linear explanations in this story – just the same as in real life – but while plenty of other shows have come close, this was the first show this festival to push me over the edge into full-blown tears.