Almost singlehandedly, Richard Anuszkiewicz swept away the Abstract Expressionists like yesterday's burger wrappers and laid the table for Color Field artists. His highly disciplined approach made him a founder of the movement called Op Art, named for its optical effects of intense color, and it resonates with special meaning in today's digital world. The Museum of Art – DeLand has mounted a terrific retrospective of this artist's work, contributing to the conversation about what art and color really mean.

The Downtown Satellite of the Museum of Art is upstairs, in a clean, loft-like space illuminated by diffuse sunlight. Anuszkiewicz's work, familiar to any art student, is much more powerful in person than it is online or in textbooks. Here, you get the full experience. Stand and gaze at a painting, and eventually the colors jiggle. Nicknamed the "dazzle effect," this chromatic vibration is your mind, dancing around. Take your eyes off the painting, and your vision is filled with the opposite colors for several beats. The effect is addictive, causing viewers seek another and another as they enter a sensory relationship with color that is utterly unique. 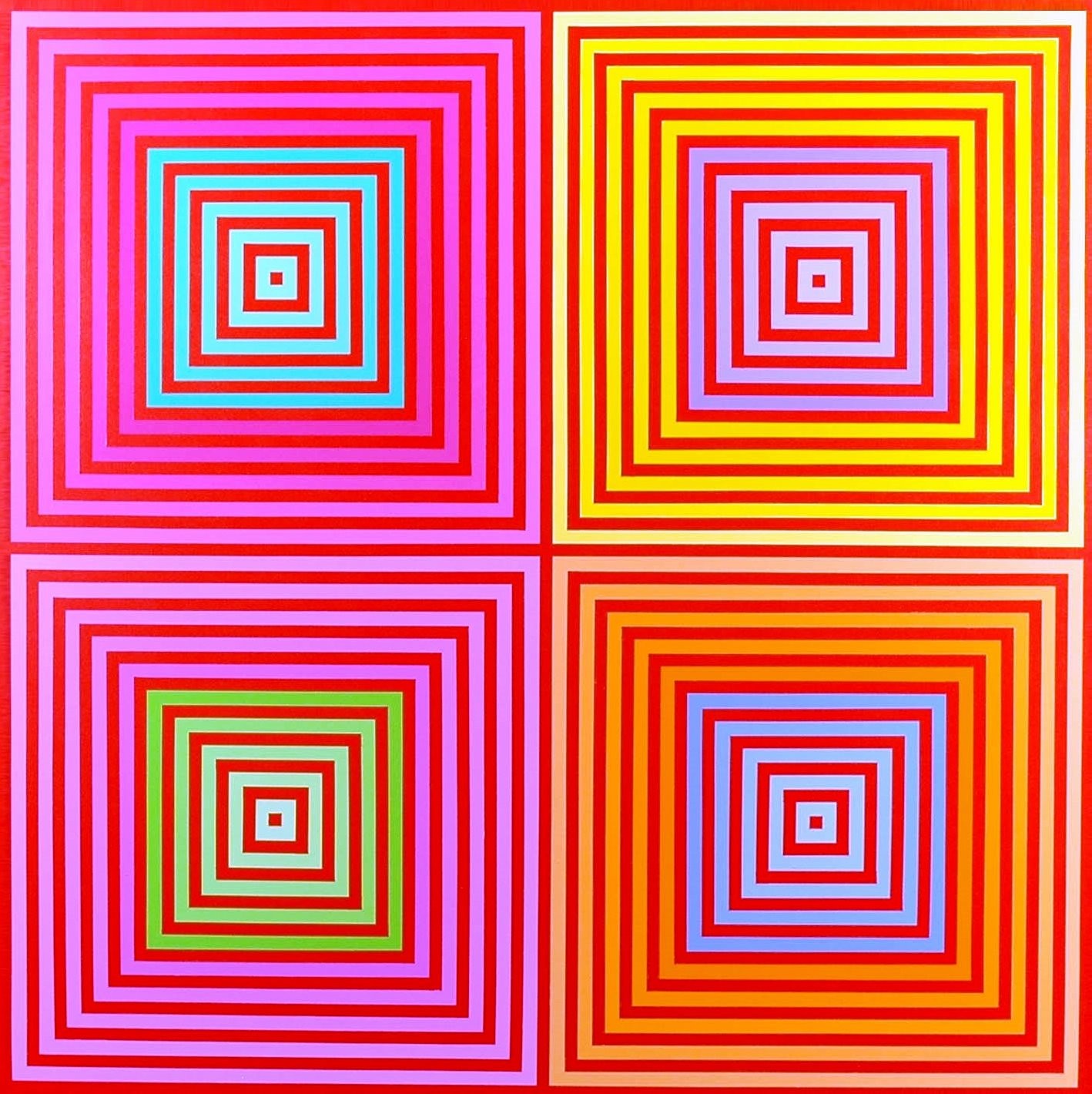 In the 1990s, Anuszkiewicz began an experimental series called Translumina, adding thin wood strips to a canvas in rigid, careful spacing. They look like the flutes of classical columns, and this architectural reference wasn't lost on many viewers. Several of his transluminae are in this museum, and these transform color into motion. A square made of four different sets of flutes, each painted in a different color, appears to spin on the wall like a wheel.

"Mardi Gras," a giant canvas painted only a couple of years ago, shows his sustained commitment to this line of inquiry. A tiny pink square in the middle is surrounded by magenta bands, then mint stripes, and then cobalt blue. Step back (these paintings require viewers to dance too, just a bit) and the intense hues positively shimmer and oscillate. There's a real party going on somewhere in your own brain. 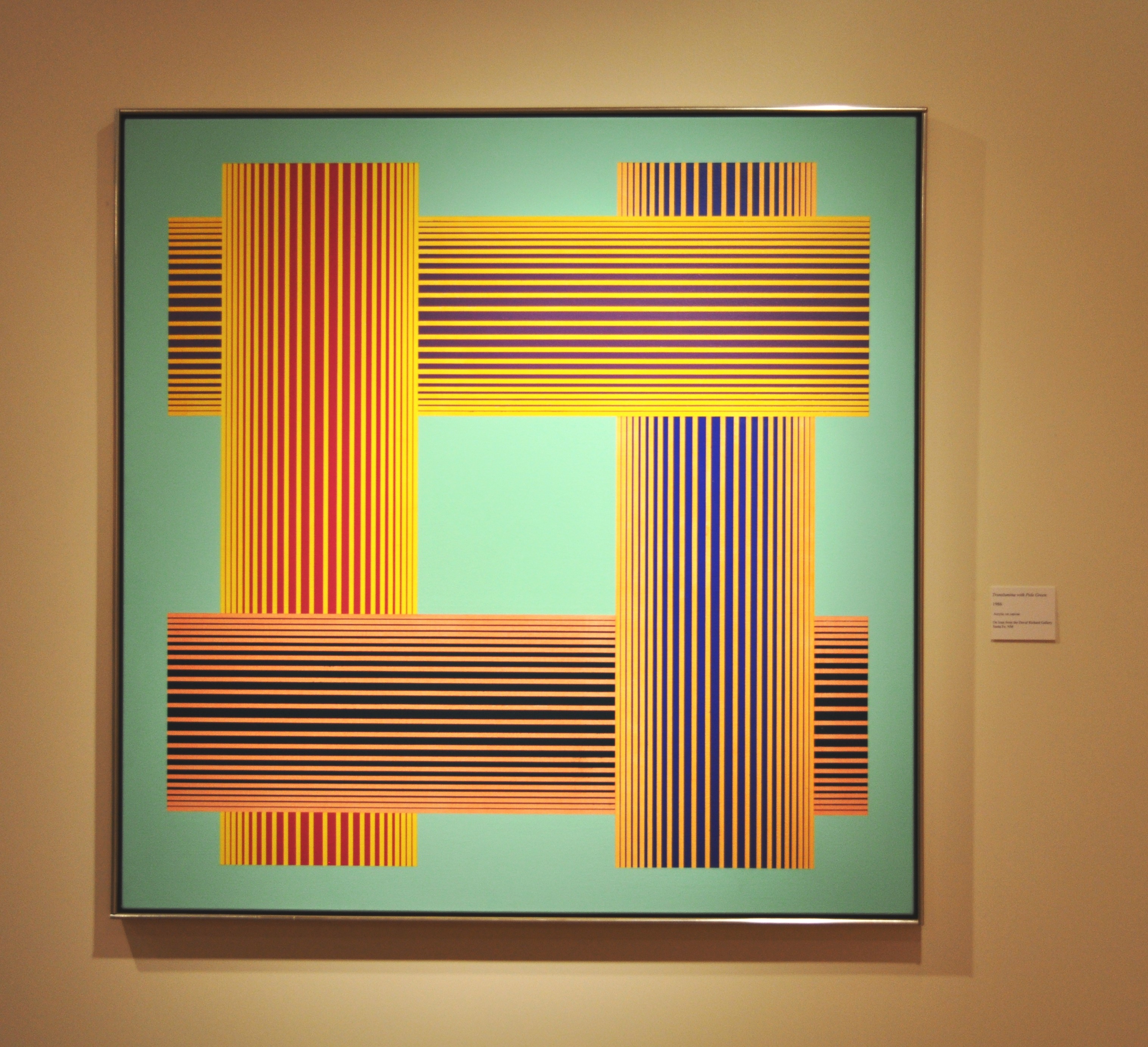 Anuszkiewicz is almost a cult figure in today's digital-art world, acknowledged for having created a sort of Red Bull for the retina. He paved the pathway as a direct ancestor of pixilation and digital art. In 1970, he said, "You can never create any new art unless it's created by the human mind." Still going strong at 85 years old, Richard Anuszkiewicz has kept true to his vision and continues to create optical effects that remain locked in the mind long after the show is left behind.