'On the Waterfront' on the Enzian screen 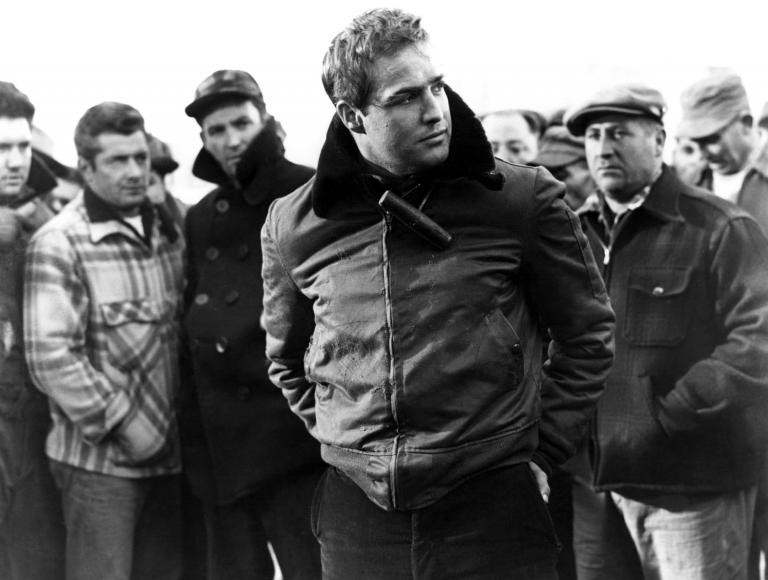 There are great films, and then there are masterpieces, those films that change your life. On the Waterfront is one of those. And it’s coming to the Enzian Theater in Maitland on May 10.

Sandwiched between The Third Man and The Godfather, Part II on my list of the greatest movies of all time, Elia Kazan's 1954 classic stars the remarkable ensemble of Marlon Brando, Lee J. Cobb, Eva Marie Saint, Karl Malden and Rod Steiger. (When Martin Balsam is relegated to a brief supporting role with almost no dialogue, you know your cast is strong.) So it’s no surprise that Oscar smiled on this tale of corruption among longshoremen unions in New York City, bestowing upon it eight awards (from 12 nominations), including best picture. (Cobb, Steiger and Malden were ALL nominated.)

What does come as a surprise, though, even to many who cherish the film, is that there are three ways to view it. When the film was shot in the early 1950s, Kazan knew that the new wider aspect ratios were on their way, so he wanted the film to be able to play in the 1.85:1 ratio. However, because most theaters weren’t yet fitted for that ratio, the camera operators chose the classic 1.37:1 (1.33:1 or 4:3 in silent films) while making sure that no crucial elements would be left out of the frame if it were chopped down to 1.85:1 or the intermediary ratio of 1.66:1. For a fascinating analysis of this issue, see YouTube.

Personally, I prefer the film in 1.37:1. The frame doesn’t seem as cramped, and you get more visual information. The shots of New York City in the background are especially interesting. Much of that is lost in the wider ratios, with the 1.85:1 being truly disappointing. The Enzian will project the film as a DCP (digital cinema package), a 4K transfer that is just about the best way to see films outside of a pristine film print. This DCP uses the ratio of 1.66:1, according to Enzian Programming Director Matthew Curtis. Yes, some visuals will be lost, but the more rectangular shape will seem more natural for modern audiences. And it’s worlds better than the 1.85:1 ratio.