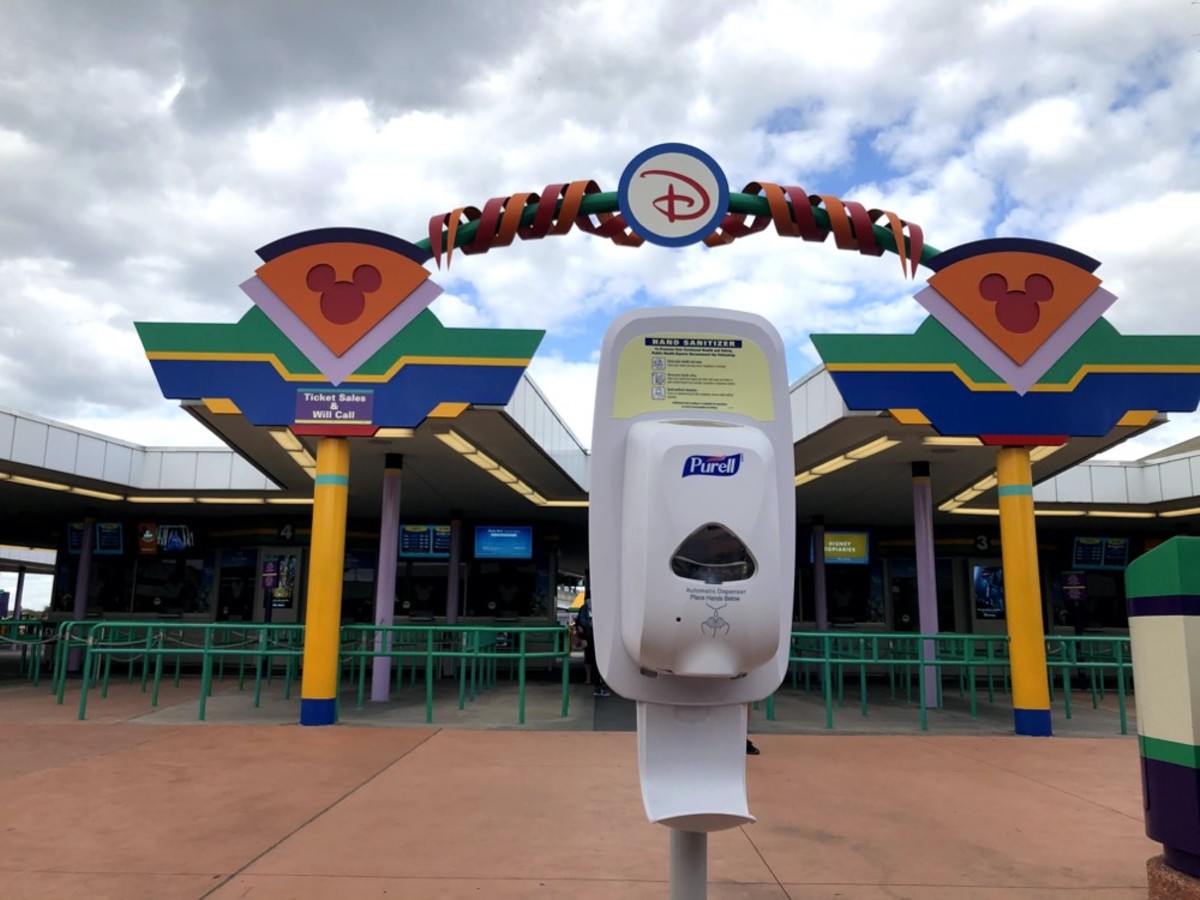 The cleanliest place on Earth? Photo by Seth Kubersky

When my mom called me last Wednesday while I was in the middle of Epcot, I really should have known better than to tell her where I was. "Why are you there?" she asked with an anxious edge to her ordinarily easygoing tone. "Do you really have to be there?"

It's an understandable reaction, considering that every media outlet has seemingly turned into VNN (Virus News Network). And explaining to your Jewish mother that you're far likelier to die in a car accident on I-4 while driving home is not an effective way to stop her from worrying.

Although the spreading COVID-19 pandemic has canceled mass gatherings worldwide and closed all of Disney's Asian attractions, it's been business as usual in Central Florida's fantasylands, at least so far. So while everyone else was out scavenging Mad Max-style for face masks and Purell, I've been enjoying the latest additions at Walt Disney World, while coming to grips with what it means to (with apologies to Gabriel García Márquez) love theme parks in the time of corona.

On March 4, Disney's Hollywood Studios debuted Mickey & Minnie's Runaway Railway, a long-awaited replacement for the Great Movie Ride that is (believe it or not) Disney's first-ever ride featuring their founding Mouse. The five-minute-long family-friendly adventure begins on a familiar note; the facade and interior queue of the iconic Chinese Theatre are largely unchanged. Once past the pre-show theater – which is screening the "premiere" of a new Mickey Mouse short – you are sucked into the stylized cartoon world of the clever current series created by artist Paul Rudish and promised a placid railroad ride around Runamuck Park with Engineer Goofy, which is never a wise idea.

This new attraction is the park's second headliner, following last year's Star Wars: Rise of the Resistance, to use trackless autonomous ride vehicles. That allows the four-car trains to break apart into separate eight-passenger cars, which glide around each other like air hockey pucks before reassembling.

The smooth movement (including a mild moment of simulated free-fall) makes Railway feel remarkably similar to RotR, but it distinguishes itself visually through the extensive use of projection mapping, which transforms the large but simplistic sets into spectacular animated canvases. Video projections largely replace the use of physical figures (possibly for the best, considering the derpy animatronic Mickeys it does feature) and also fill scenes with so much visual detail that you'll need multiple trips to take it all in.

The good news is that Runaway Railway is far more accessible than Rise of the Resistance, so you'll actually have a chance of getting in those repeat rides. RotR is currently still requiring mandatory boarding passes, which run out within minutes of release every morning, and has no standby or FastPass option. Runaway Railway, on the other hand, offers both, and although it posted a wait time of five hours on its opening morning, by that afternoon the actual wait was down to under an hour, where it remained for most of the weekend.

That doesn't mean Mickey & Minnie's picnic is perfect quite yet; it took me three attempts to ride the attraction, with breakdowns of about an hour occurring twice as I approached the pre-show. But once it's operating optimally, it should be able to handle more than 1,900 guests per hour, putting its capacity far ahead of rides like Slinky Dog Dash. And even with the downtime, I'd rank Runaway Railway as the park's third best ride, behind Rise of the Resistance and Tower of Terror. Unfortunately, there are still only nine total rides at Hollywood Studios, but at least they're on the right track.

While crowds have fallen off from their Presidents Day peak and queues were surprisingly short elsewhere in the park on Runaway Railway's debut day, thus far attendance at the parks doesn't seem noticeably dampened by viral fears. Coronavirus didn't keep people from lining up for food booths at Epcot's annual International Flower & Garden Festival, or from catching beads at Universal's Mardi Gras parade; even Sunday's Adventureland Day meet-up at the Magic Kingdom was mobbed.

The biggest visible effect in the theme parks has been a proliferation of free-standing hand sanitizer dispensers, which presumably offer something stronger than 80-proof vodka. Also, I observed almost half the men in the restrooms I visited washing their hands, which is about double the usual ratio. Otherwise, I've noticed no major operational changes in the parks, nor have I seen significant numbers of guests wearing face masks or taking similar precautions.

The situation is developing daily, but regardless of how many Floridians are currently diagnosed, Orlando's economy isn't going to be immune: Several events at the Orange County Convention Center have already been canceled, equaling tens of thousands of lost visitors.

Catastrophic cancellations haven't hit our tourist sector yet, but the closure of our parks for even a few weeks would be financially fatal for many front-line service and entertainment employees. Personally, I'm more frightened of what fear of COVID-19 could cause than I am of the virus itself. Now excuse me while I go wash my hands for the 40th time today.