In court documents filed Tuesday, Norwegian argued that the legal action is the company’s “last resort” to resume operations “in the way that this cruise line has determined will be best for all concerned —- with the benefit of documentation confirming that all of its passengers and crew have been fully vaccinated against COVID-19.”

The lawsuit, filed in the Southern District of Florida, names Florida Surgeon General Scott Rivkees as a defendant. Norwegian also filed a motion Tuesday for an expedited preliminary injunction seeking to block the law.

“Now, after months of Herculean efforts, NCLH is at last set to resume sailing August 15, 2021, in a way that will be safe, sound, and consistent with governing law, particularly the Conditional Sailing Order administered by the Centers for Disease Control and Prevention of the U.S. Department of Health and Human Services,” Norwegian’s lawyers wrote in a 19-page legal complaint. “Yet one anomalous, misguided intrusion threatens to spoil NCLH’s careful planning and force it to cancel or hobble upcoming cruises, thereby imperiling and impairing passengers’ experiences and inflicting irreparable harm of vast dimensions.”

Florida lawmakers this spring passed a law banning banned businesses —- including cruise ships —- from requiring what are known as vaccine “passports” that would show people have been vaccinated against COVID-19. Gov. Ron DeSantis pushed the law. But Norwegian's lawyers argued that the new statute places the cruise line company "in an impossible dilemma as it prepares to set sail from Florida: NCLH will find itself either on the wrong side of health and safety and the operative federal legal framework, or else on the wrong side of Florida law."

Norwegian’s lawsuit is the latest salvo in legal wrangling over the cruise industry in Florida. The state filed a lawsuit against President Joe Biden’s administration alleging that federal health officials overstepped their legal authority by issuing cruise-industry restrictions.

In June, U.S. District Judge Steven Merryday sided with Florida and issued a preliminary injunction blocking a CDC “conditional sailing order,” which has set requirements for cruise-ship operators to meet before they can sail. The preliminary injunction is to take effect Sunday. The Biden administration is appealing Merryday’s decision. 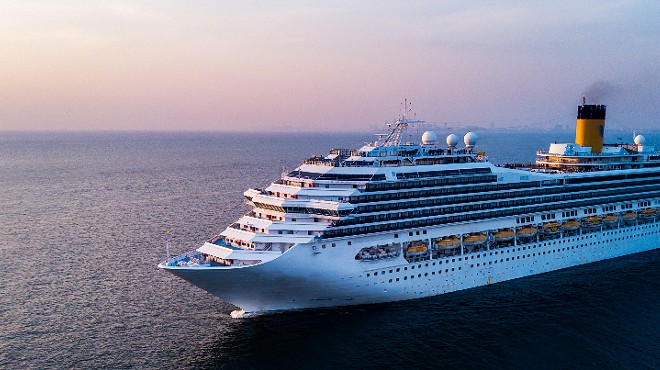 
Separately, Carnival Cruise Line will start requiring unvaccinated people older than 12 boarding cruise ships in Florida to buy $10,000 worth of travel insurance and $30,000 worth of emergency medical evacuation coverage when checking in starting July 31. Refunds would be provided to those without the required coverage.