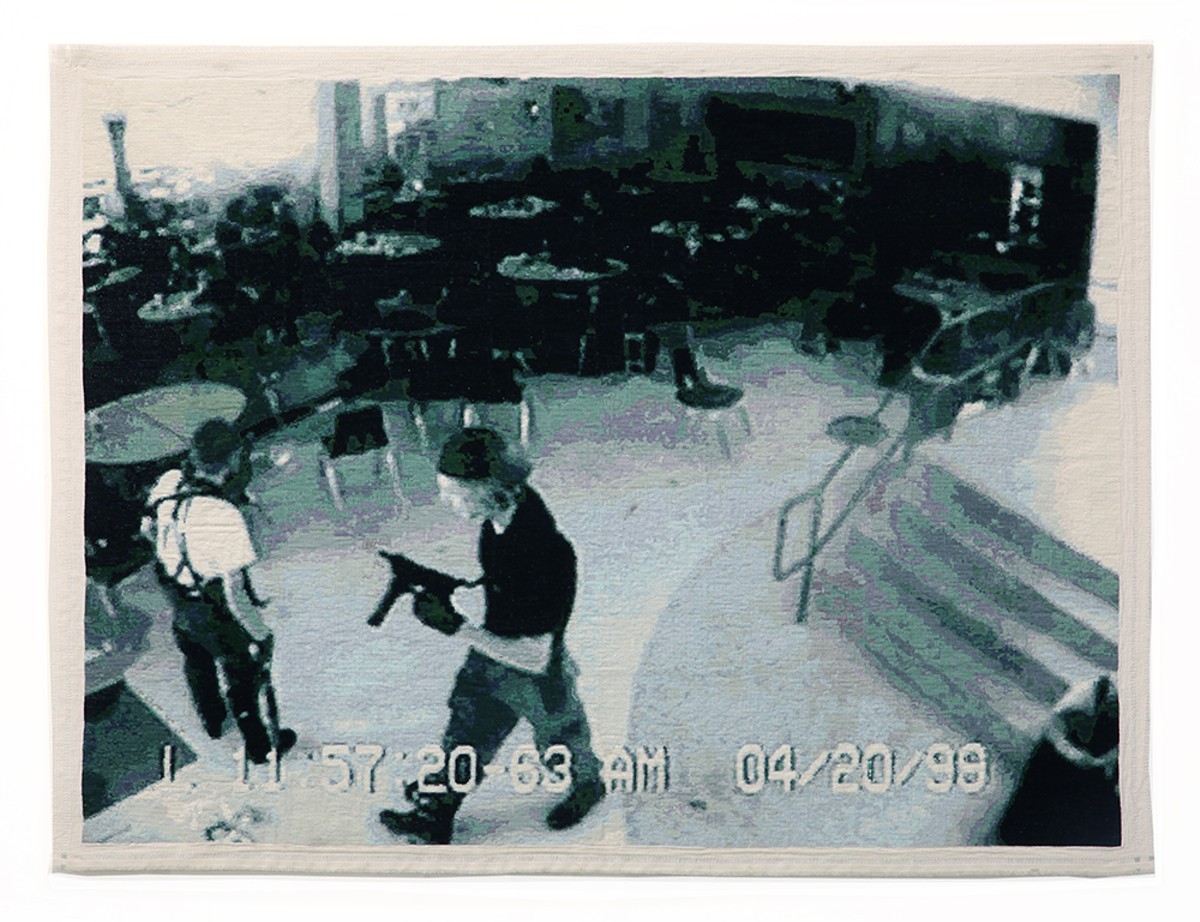 Last month, just before the Orlando Museum of Art opened this year's Florida Prize in Contemporary Art exhibition, they offered local media a preview. As we walked through the galleries the mood was, as is usual at these things, engaged but casual. As we rounded a corner to confront the section devoted to several works by Noelle Mason, the tone changed abruptly. We'd been laughing at Anthea Behm's witty video piece, a mashup of Theodor Adorno's Aesthetic Theory and John Hughes' Ferris Bueller's Day Off, when we encountered Mason's massive installation "Love Letters/White Flag: The Book of God." Almost all of us went still, to varying degrees, as one by one we realized what we were looking at: two walls covered from knee-height to well overhead with embroidered reproductions of pages from Columbine killer Eric Harris' journal.

Dozens of lacy vintage handkerchiefs were painstakingly hand-stitched with replicas of the notes, diagrams and newspaper clippings Harris collected in his journal. (PDFs from the journal are widely available online after the Colorado Supreme Court ruled them public under the Colorado Open Records and Criminal Justice Records Act.) Some of it is banal – lists of girls' names or the meandering beginnings of homework assignments – and some of it is blood-chilling: a diagram of the library with exits marked; a school report on gun violence jointly researched and submitted by Harris and Dylan Klebold.

The parents in the group were most disturbed. The installation clearly stirred the fear of school shootings shared by anyone who sends their kids off into someone else's supervision every day. But none of us could know then how close to home the piece would hit just a few weeks later, as the Pulse nightclub shootings shredded the whole city's sense of security. Looking at it now seems almost unbearable.

"The events of the past week were tragic beyond belief for many reasons," Mason said to Orlando Weekly in an interview just after the Orlando shootings. "Our culture of violence and fear is intensifying every year."

Among Mason's many pieces installed in the Florida Prize show, there's another representation of the Columbine incident: a cross-stitched cotton tapestry of a surveillance camera image of Klebold and Harris in the school library. The stitching faithfully captures the graininess, warped color and moiré effect, artifacts of a blown-up video still, each little X standing in for an individual pixel.

When told that her works are disturbing, Mason counters, "I'm glad that the works are disturbing. Contemporary art should be uncomfortable; it should challenge the way we look at the world." She goes on to note that our culture of violence is so much the status quo that a big shakeup must challenge this world. "It shouldn't always be a comfortable process to make or view art," Mason declares, adding that the artist's job "is to push culture in a way that has the potential to change the status quo." 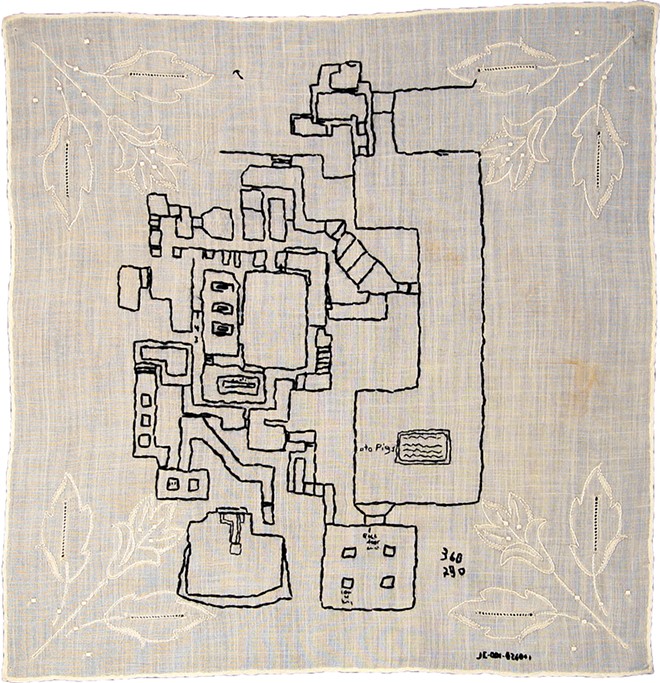 Mason's body of work examines how mediation like TV screens or newsprint affects our response to tragic events. From the Rodney King beating to Columbine to al-Qaida beheading videos, Mason extracts images of violence – many caught on surveillance tapes, an obsession of hers – and forces us to interact with this information in a new way. It's still interpolated, but the unexpected form (embroidery, tapestry) refreshes the horror.

It might be reductionist to draw a perfectly straight line from her childhood to this work, but Mason's father was a SWAT sniper on the team sent in to confront gunman James Huberty in the 1984 San Ysidro shooting that killed 21, and Mason has spoken of wanting to confront this experience directly at some point. "We must address the polarizing, anti-democratic and broken political state, the media's attitude, and violence as a public health issue. There is so much work we have to do as a culture," she says.

Mason's projects tend to have long timelines, in order to modulate the emotional range she goes through when meditating on the people behind the violence, and she hopes the viewer goes through a similar process: "When you have to sit with a sensational image in a quiet space like a museum, it changes that image." Allowing the viewer to think, instead of being barked at by a TV reporter, might bring more people to understand contemporary violence, and perhaps even converge upon a solution.